Mehmet Bozkurt, MAB Quality, on the start of the German raspberry campaign:

Although the first raspberries have already been available for a few weeks, the German raspberry season does not really start until the beginning of July. Due to the optimal climatic conditions in spring and summer, one will be able to draw from the full this year. "The spring was relatively warm, and subsequently the weather conditions have also been optimal, which is why the yields are significantly above last year's level and the goods testify to high quality," enthuses Mehmet Bozkurt, specialized berry fruit trader and managing director of MAB Quality, based in Dortmund.

The berry specialist himself obtains his goods mainly from surrounding growers in the Münsterland region. "My suppliers also face the current cost increases accordingly. This is aggravated by the volume pressure from Portugal, Spain and Morocco, as we start the German harvest relatively early. Poland is also slowly but surely putting pressure on the market with its first goods, which will also have an impact on prices. In the soft fruit category in particular, however, regionality is an important argument for many buyers, not least because of the short transport distances," says Bozkurt, commenting on the current market conditions. The customers are mainly wholesale markets and intermediaries. 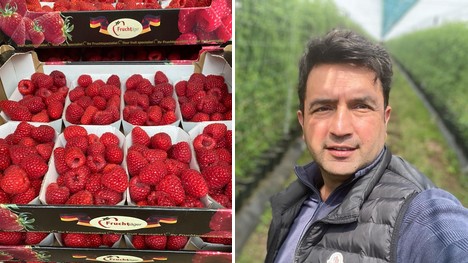 Grower increasingly willing to innovate
Depending on the weather and quality, German raspberries can be marketed until the end of September. Nowadays, the lion's share of German produce comes from protected tunnel cultivation, and free-range raspberries have become a rarity due to the capricious weather.

Bozkurt: "The late variety Tulameen is still common, although a certain willingness to innovate can be observed on the part of the growers. People are increasingly willing to test new varieties; the important thing is simply that they are climate-resistant and as high-yielding as possible."

Encouraging market prospects for cultivated blueberries
According to Bozkurt, there is no talk of a significant extension of the German season. "The marketing window covers about 8-9 weeks, similar to blueberries. Sometimes the season starts a little earlier, sometimes a little later. In this respect, the campaign develops differently every year." Parallel to raspberries, the specialist also offers cultivated blueberries from German tunnel cultivation. "In this segment, too, the forecasts are quasi-similar. We expect an abundant yield and good qualities, but in this market segment, too, we will nevertheless feel the presence of imported goods." 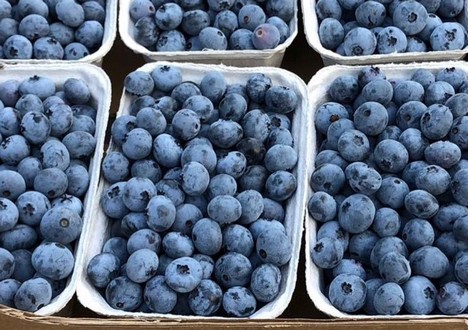 Both products will be increasingly offered in smaller containers - mainly 125- and 200-gram paper trays or flowpacks - during the first weeks of sales. "Then, as soon as more produce is available, such as at the start of the high season from the end of July, we start with the bulk packs, whether 500 grams, 1 or 2 kg. Thus, the flow of goods, and thus sales, are accelerated accordingly," Borkurt concludes.

For more information:
Mehmet A. Bozkurt