"With Dutch strawberries we can compete well in the German market"

After working at The Greenery for over fifteen years, Sjraar Hulsman started six months ago as a Business Development Manager at Frankort&Koning in his 'hometown' of Limburg. In addition to the integration of Haluco and Nedalpac into Frankort and the transition to a new automation system, he is investigating which products would further suit Frankort customers. "For example, there are plenty of opportunities in the soft fruit area."

Short lines
Tried and tested in the soft fruit world, this is, of course, right up his street. "If you just look at the German market, Frankort&Koning has built up an enormous amount of knowledge and a large network, but also finely-meshed logistics lines. Frankort&Koning already did a good volume of soft fruit and strawberries, but this year we have set up a number of lines on a larger scale and more tightly in consultation with our customers, working directly with our growers as much as possible, and this is going very well. We see the same thing, as it happens, in the French market, for example, with the Haluco customers." 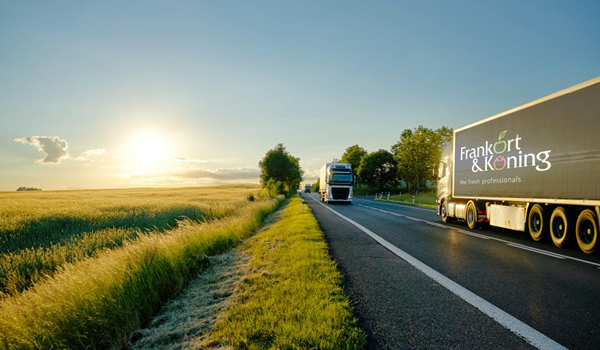 "Of course, it has been a difficult spring, given the energy crisis, among other issues. But we have presented the situation to the German retail customers, and even in difficult times, they have kept to the agreements made. Despite the higher cost price, there is an increasing movement to always come out of it together. You need each other in good times and in bad. That applies not only to the retail but also to the day-trading customers," Sjraar observes.

"Germany itself was early on the market with strawberries this spring because of the good weather, but you see that German customers still like to buy Dutch strawberries because they can often be of a higher quality. Our growers are doing their best to achieve this. In Germany, a relatively large amount of strawberries are still grown outdoors, and they are sometimes a bit rougher. We also see that during warm periods the temperatures, especially for our growers in the west of the country, are not as extreme as inland in Germany, which benefits the shelf life. As a result, we can compete well with our Dutch product, and many customers see it as a welcome addition or even the basis for the range."

"We currently have a good quality of strawberries available to us, and also, production-wise, the season is going well. We are now in the later plantings and the through-plantings of the rack cultivation and the cooled cultivations of the open field under cover. In addition, the intermediate plantings from the greenhouse are slowly coming onto the market. Prices are currently between 2.20 and 3 euros per pound, which is not bad for the time of year," says Sjraar.

Many new varieties
"In strawberries, we see that many new varieties have entered the market in recent years. That sometimes makes it a bit of a challenge to get the right variety to the right customer. At this time of year, for example, Sonsation scores very well at various locations, and this year the variety Karima was introduced on a larger scale as a carrier. Also, a very nice strawberry that was well received by the customers because of the firmness of the fruit. Limalexia is also very much appreciated, as this crop can technically withstand the heat. When growing Elsanta, for example, you can end up with a lot of small strawberries in warm conditions, which is not advantageous in these times when it is a challenge to get enough pickers. Limalexia doesn't have that problem." 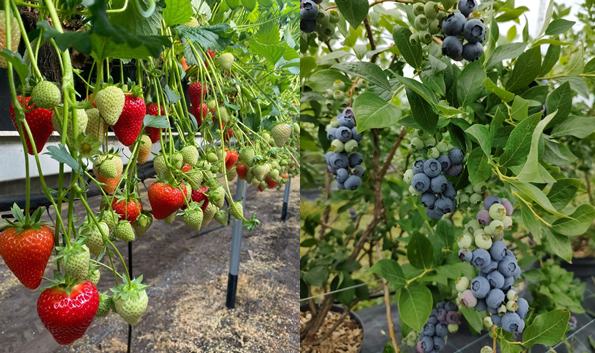 "Furthermore, we try to carry the full soft fruit range year round to provide customers with fruit at all times. Raspberries have been pretty constant so far in terms of pricing, not good and not bad," Sjraar continued. "The blackberry market has been pretty good. Occasionally there are too many blackberries on the market, and then it remains a difficult article to push volumes in the market. Prices are now at a level between €1.40-1.50 per 125 grams."

"In blueberries, the Spain season is now behind us. In terms of prices, it was not exactly something to write home about. Serbia has now started full steam ahead with substantial volumes. Prices are at a level between 75-85 cents for 125 grams. The Dutch growers also started picking this week, and expectations are high. This product will mainly find its way to the Dutch market. The quality of the blueberries has been generally good, and only Spain has had some quality problems due to bad weather during the harvest period."

"One development is that consumers are leaving more expensive products on the shelf due to skyrocketing inflation. When prices are extremely high, you see the brakes on sales, and people are more likely to choose a bunch of bananas rather than a bowl of raspberries, for example. It is, therefore, to be hoped that we can work with saleable prices, which are also profitable for the grower. These prices do not have to be rock-bottom prices, but it will be a challenge to sell the available volumes at high premium prices. With every price comes a volume that can be sold. Here, too, good communication and knowledge of cultivation, customers, and the market are important," Sjraar concludes.