If all goes well, the Corina® pear should have a fantastic season

The Corina® pear is exclusive and usually appears on the market between the Conference's old and new crops. Four traders exclusively distribute this fruit in Belgium. "For the new season, Devos Group will join the Bel'Export, Koen Vanherck, and Vergro trio in marketing this pear," says Willy Dillen of the Corina® Producers Association.

"This year, harvesting will begin a bit earlier, in late July/early August. We, thus, hope the last of the old Conference pears will already have been cleared. However, we expect another great season." The 35 growers that cultivate Corina® pears are united in a non-profit association (VZW). Pcfruit, which checks and inspects all 78 orchards, guides this cultivation.

"The growers are extremely optimistic. The fruit on the trees look good, they say, and we certainly have nothing to complain about, quality-wise. There was undeniable concern about the hail's impact, but the actual damage wasn't too bad. Nonetheless, it'll be a while before we can start picking, and the weather could do anything. But, if all goes to plan, we'll have a high-quality harvest of around 2.3 million kilograms of pears again," says Willy. 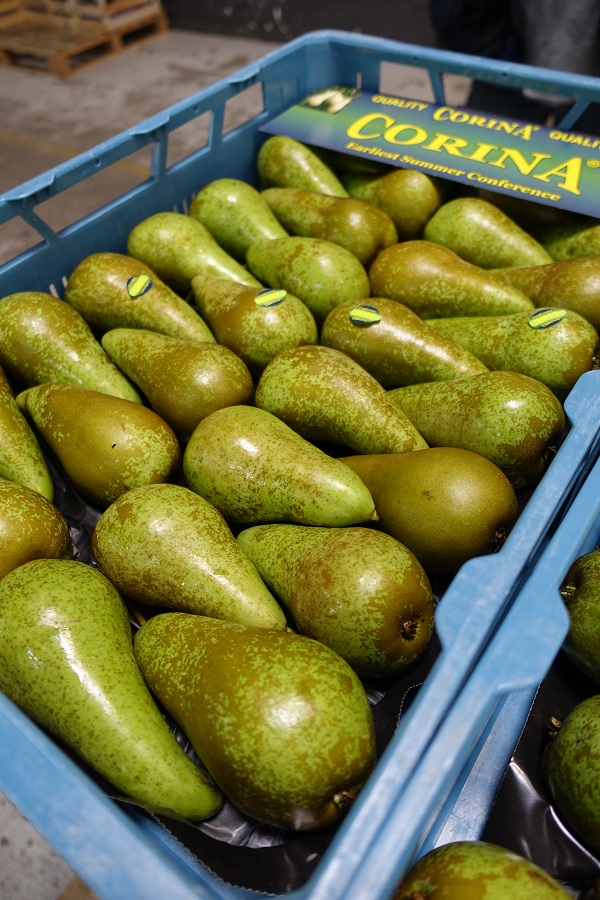 For several years, that supply has deliberately not exceeded two to 2.5 million kgs. "We have roughly 80 hectares of acreage and want to keep it that way for the foreseeable future. Current volumes perfectly meet demand, leaving a nice shortage on the market. We can, thus, avoid an oversupply, and we can pay Corina® growers good prices every year."

However, the planting cap is re-evaluated each year in consultation with distributors, who can see what the market is doing. "If they indicate that we can sustainably sell higher volumes for several years, we'll consider replanting. That's presently not yet the case. Some growers stopped, so we did lose some hectares. We always get new growers, though, to maintain a constant acreage," Willy continues.

Willy says Corina® pears have gained popularity in recent years. "People recognize it as a beautiful, freshly picked pear. That's preferable over the long-stored or early-picked Conference pears. In recent years, the distributors and we have, thus, worked hard on getting Corina® pears into all Belgian supermarkets. And that's been successful over the last two years. However, it's important to note that the ever-growing demand for local products provides security in uncertain times. Because this pear's grown locally, it's increasingly appreciated." 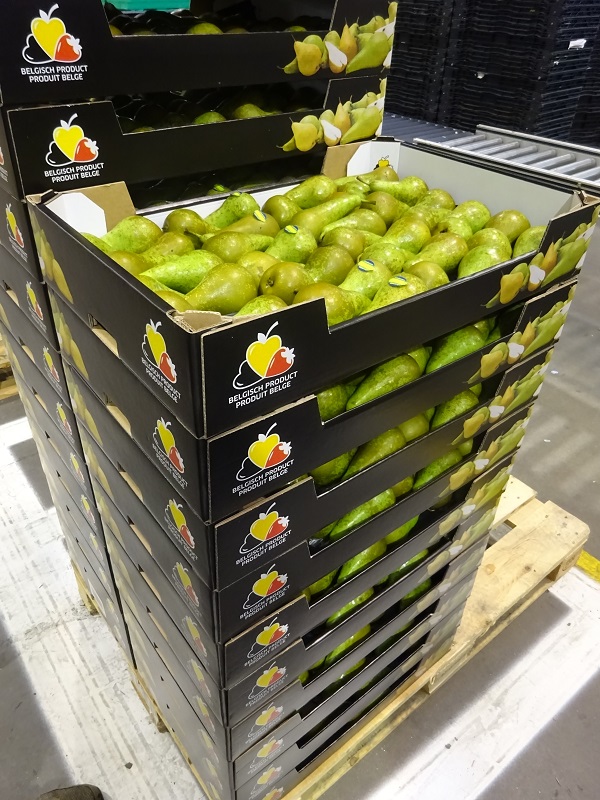 The United Kingdom remains Corina® pears' largest sales market. "They love the smaller pears, which makes them easy to sell. We, however, sell most of the larger sizes in Belgium. We also continue to have a concentrated presence in Scandinavia. That expanded organically and will remain so for now," Dillen says.

Besides these markets, the association is looking at Germany and France too. "The French market is still slightly more difficult. In Germany, on the other hand, things are moving more and more. Conference pears are also gaining popularity there, so there are opportunities for the Corina® too."

As mentioned, this year, a fourth distributor has come aboard to exclusively market Corina® pears in Belgium. "The Devos Group will join Bel'Export, Koen Vanherck, and Vergro," Willy explains. "These four offer a nice sales radius for the Belgian market, so we can market everything very well. Plus, these traders complement each other nicely."

The association also does not want to add to this number. "The distributors must, of course, all have the same goal and 'mindset' for the product. That's tough with ten distributors. I think four is a great number. These traders usually compete, so it's wonderful to see that, for this product, they're pulling together. A model that, I think, deserves to be emulated," Willy concludes.