Bulgaria can be a regional leader in producing proteins from insects, but the State needs to be more active in regulating this business.

That conclusion was reached at a round table on the future of foods, initiated by the Association of Producers and Processors of Insects in Bulgaria with support from the Bulgarian Startup Association. Among the participants were Cleantech Bulgaria, the French-Bulgaria Chamber of Commerce, Endeavor Bulgaria, the Black Peak Capital Investment Fund, organic food producers Harmonica and NV3, among others, reports Capital daily.

They agreed that Bulgaria has a huge potential in this sector: it is the only country in the Balkans where the industry of producing alternative proteins from insects already exists and has serious ambitions for future development. 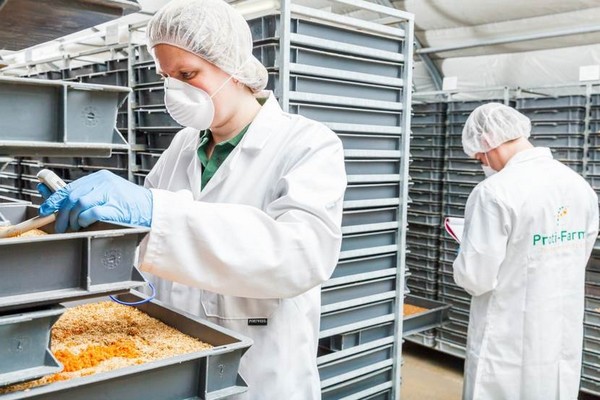 On the EU level, the legislative needs of the sector have largely been taken care of, but the legislation is non-existent in Bulgaria at this stage, and this slows down the sector’s development. Ensuring local regulations has been recognized as the top goal of the Association of Producers and Processors of Insects in Bulgaria. They believe that this country can grow to become a regional leader because it is the only one in the Balkans and among the very few in Central and Eastern Europe with an alternative protein industry - the nearest other producer country being Poland.

An increasing number of investor and consumer networks embrace the idea of using alternative proteins, said Rossen Ivanov, managing partner at Black Peak Capital. He said the expectations for the market of alternative and plant proteins is to grow considerably, with close to 80% of the younger generation using at least occasionally such products. The new regulations and climate change will enhance these trends. He said that a logical next step would be the creation of specialized funds for investment in innovative and sustainable foods, similar to the funds in the IT sector.

The looming problems in the global food sector cannot be addressed without a fast introduction of the principles of the circular economy in all business sectors, and Bulgaria is lagging behind in this department, said Dessislava Dimitrova of the Circular Economy Board with the Bulgarian Chamber of Commerce and Industry.

The round table ended with a plea for pooling the efforts and starting a dialogue between the competent institutions and the companies in the sector of organic farming and alternative proteins (proteins from algae, plant proteins, meat substitutes, insects, and nuclear proteins). The aim is to set up a working group and closer cooperation for supporting innovations in Bulgarian agriculture and the food industry.

Ministry of agriculture, nature and food quality of the Netherlands
www.government.nl/en