"I want to eventually supply retailers with white currants at Christmas"

"A dangerous product" is how Dutch grower Aart van Wijk of De Sikkert soft fruit company describes white currants. "On the one hand, they have great potential; on the other, you can't just deliver a pallet to a customer."

"A few punnets too many, and their price can drop below that of redcurrants. That's why we adhere to the motto 'first, customer's demand, then we plant'. I'm happy to plant a hectare of them as long as I know beforehand that they'll sell. Otherwise, I won't plant a single bush of it."

"It's still a small product group, but demand is rising, especially from the hospitality channel. White currant cultivation is similar to that of redcurrants," says Aart, who has been affiliated with the Dutch cooperative, Veiling Zaltbommel since 2020. "We've tried numerous varieties and have selected an early and late variety. The early variety is quite sensitive, but the late variety - similar to the Rovada picking schedule-wise - we can sell right away or store." 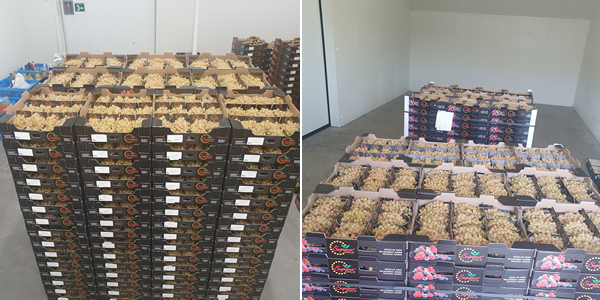 "I want to eventually supply retailers with white currants. Supermarkets can distinguish themselves wonderfully with Dutch white currants, especially at Christmas. I'm curious to see whether any want to get involved because volumes aren't a problem for us. It's currently mostly small orders, but last week we received an order for 300 punnets for a customer in Scandinavia. See, those nice quantities bolster me," Aart concludes.

His company is preparing for expansion. In three weeks, De Sikkert's new sorting and packaging facility, including a migrant worker complex, will be completed. The 1,200m2 building will span two floors and have ULO storage where Aart can keep 150 tons of redcurrants.