On the 21st and 22nd of June, Cool Logistics and Port of Rotterdam hosted CoolTech 2022 in Rotterdam. With several speakers presenting their view on the current landscape in cool logistics, as well as their vision on what needs to change to help the industry move forward. The most heard notions were all about data sharing, rather than keeping data for yourself, so systems can communicate and everyone benefits in the end. To achieve this, investments will have to be done by the party that has had the most profits these past few years; shipping lines.

Little change in the reefer industry
After the opening address by Matthijs van Doorn, Vice President Commercial of the Port of Rotterdam Authority, Sun Intermodal president Mark Bennet spoke about the changes in reefer containers. “When it comes to insulated containers, really they’ve been unchanged for 25 years. And if we’re honest, no change has happened closer to 50 years.” He said. Bennet believes reducing power consumption is a good way to reduce costs, but using thicker insulation will provide the biggest step forward. It is time to innovate when it comes to reefer containers. 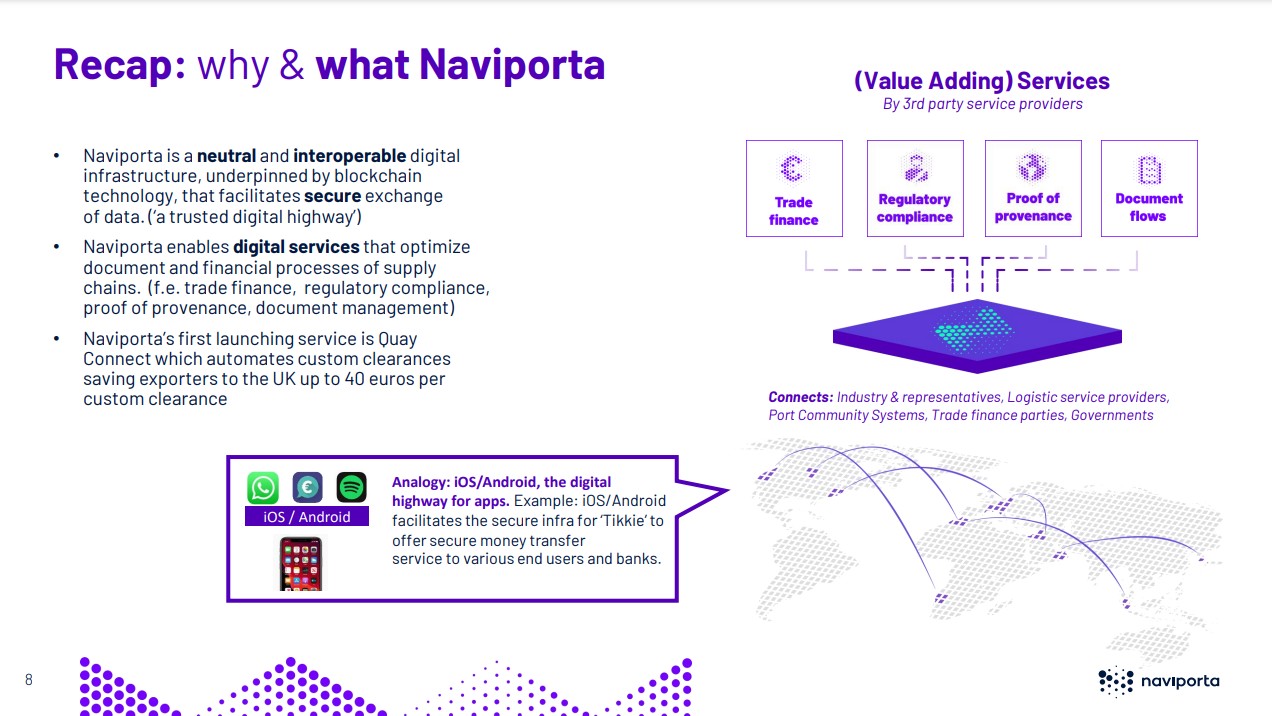 ‘Embracing the change’ as a port
Raoul Tan, director of Naviporta at the Port of Rotterdam, shared his vision on the digitalization of ports. In order to stay relevant, they developed a system called Noviporta, a digital system to help with import and export. “Naviporta is a neutral system that has the goal of facilitating trade at heart. Our data will not be monetized and really helps with exporting to the United Kingdom, for instance. This system provides all needed documentation to export to the UK, and removes the paper, hassle and actually quite some of the costs. Effectively, we’re creating a fast lane to deal with all the issues that Brexit has created.” 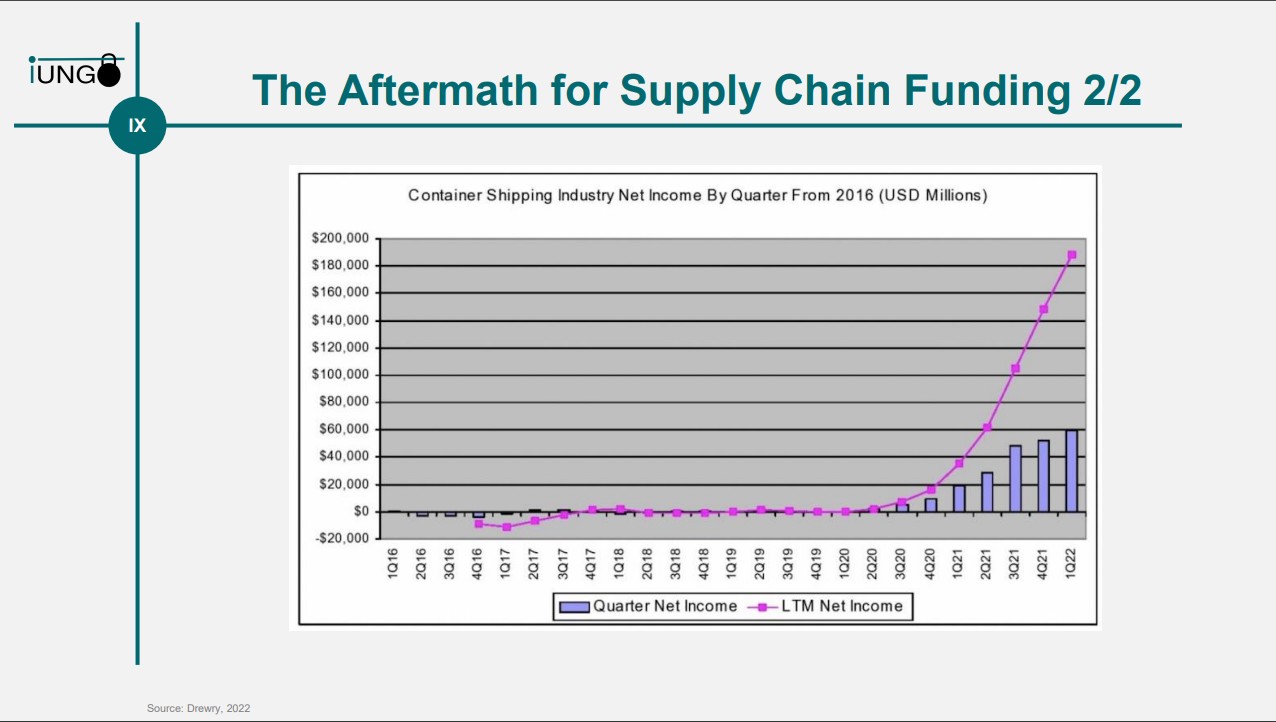 Shipping lines are expected to use their profits for investments
“Where does the money come from?” This was the question that Matteo Iagatti wanted to answer in his presentation. Showing the attendants that the money has indeed been flowing for shipping lines ever since Covid started. Their income increased significantly, but their investments have also stepped up. In 2021, there was a 64% increase in investments by the sector, totalling 24,8 billion USD. “Shipping lines have indeed made a lot of money. I do not blame them though, this is capitalism at work.” 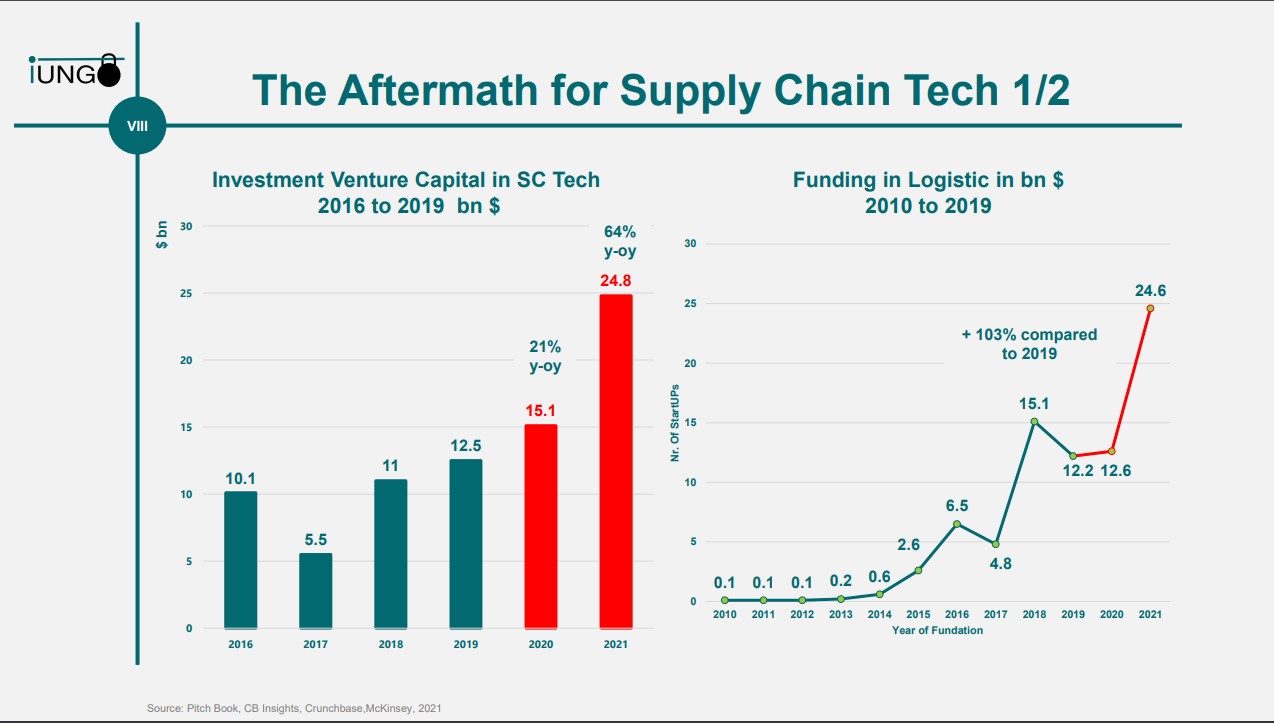 Trackers help with temperature, theft of leased containers and damage to crops
Tive’s Director of Sales Matthew Holland spoke a bit on the benefits of their data trackers. The most important part in his view is to make sure everything arrives on time and in full. Trackers help with security, condition monitoring and visibility solutions. “Trackers can be disposable and sent back, and provide alerts and notifications either via phones or desktops. This can significantly help with food waste. For instance, we recently had a $90,000 asparagus shipment, where Solo 5G detected temperature fluctuations and we were able to bring it to the client’s attention immediately. It turned out the container had its temperature set to cycle. The mistake was corrected and the produce arrived on time and in full.” 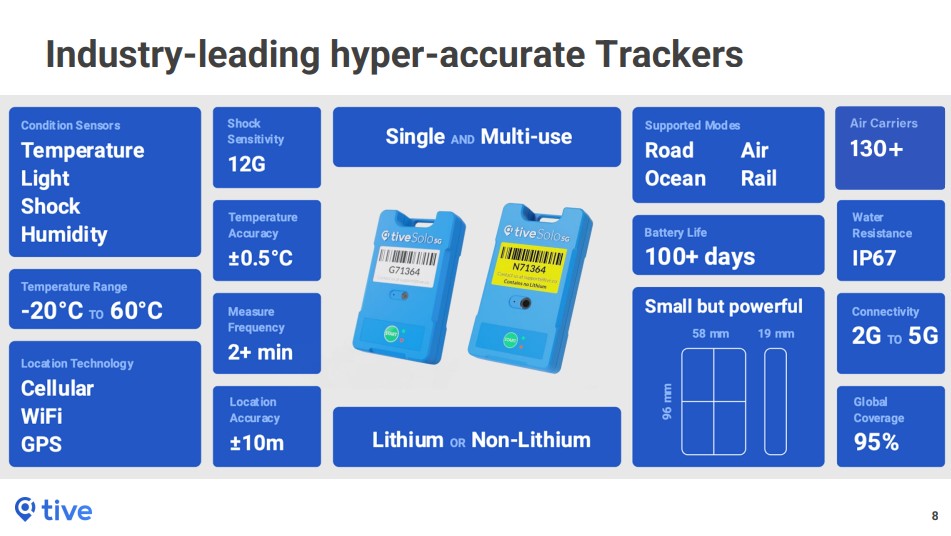 Sharing data to make the cold chain more efficient
Carrier Transicold Telematics Sales Manages Alan Peart started out by noting that 13.5 tons of food could be saved from spoilage every 15 minutes if a cold truck was used. “It’s time to rethink how data comes into your organisation. For certified date it is crucial that your data is accurate and timely, and so we work with 3rd party solutions to make their solution the best it can be. On top of that, we can complement their system by providing additional data if the client requires it.” Peart made it clear it is vital for companies to start working together when it comes to sharing their data. 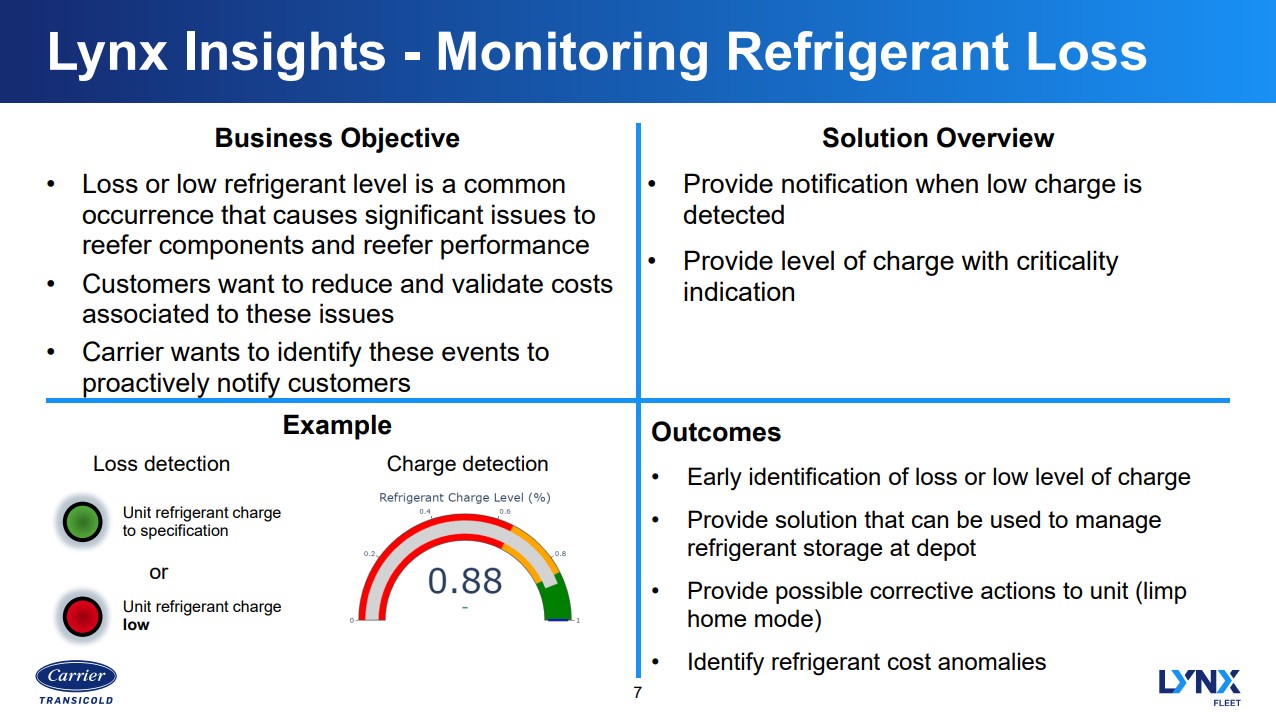 Removing digital barriers is the goal
“People hate change, but the industry has to move forward,” Niels Prebensen stated. As the Director Product Management at Emerson, he sees it as a goal to remove as many digital barriers as possible. “Currently various containers all speak a different language, and this should become more uniform, at a cloud level. Bluetooth would be the best option, as it’s free and consumer directed. At the same time using Bluetooth brings its own challenges when it comes to range.” 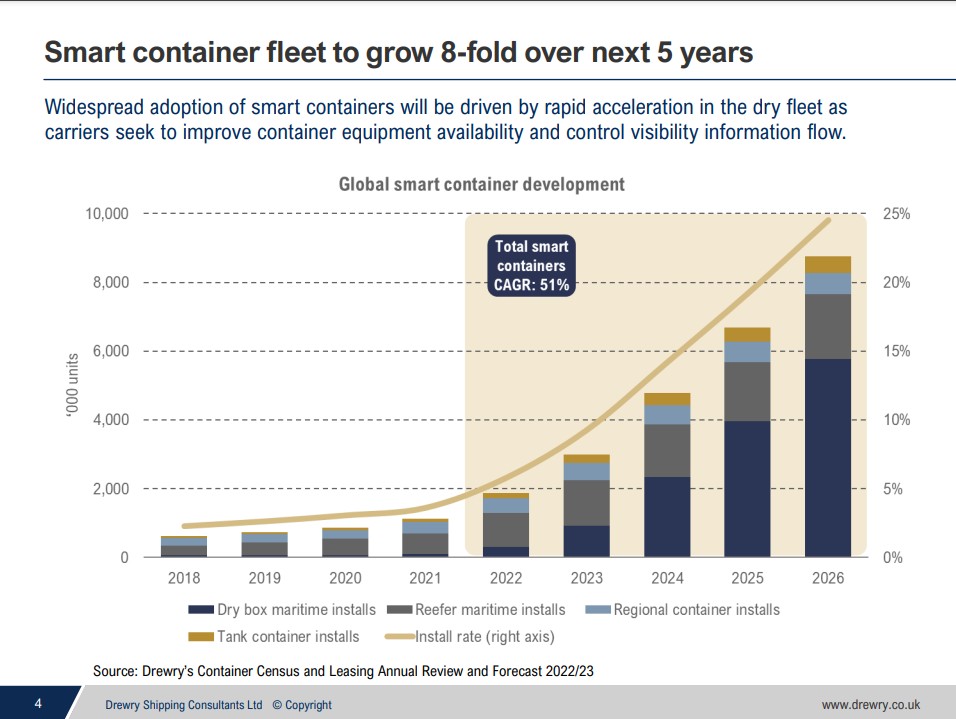 Food Waste; responsibilities of actors in the supply chain
To end the first day, a discussion regarding food waste was held between Rogier Rook from Nature’s Pride, Niels Prebensen of Emerson, Charlotte Goos, Business Development Manager, Portbase and Stein van Est, Head of Cold Chain Logistics, Maersk. Rook emphasized that delays is the largest challenge in the industry when it comes to food waste: “Delays have been present since 2016, but it has gotten worse during Covid, and there’s no solution in sight. Currently, 10% of the containers come with a 10% delay. The Food loss comes from stacking, as a delay of a week, means you’ll have too much produce when the delayed shipment finally arrives. There’s no way to market 140 containers.” 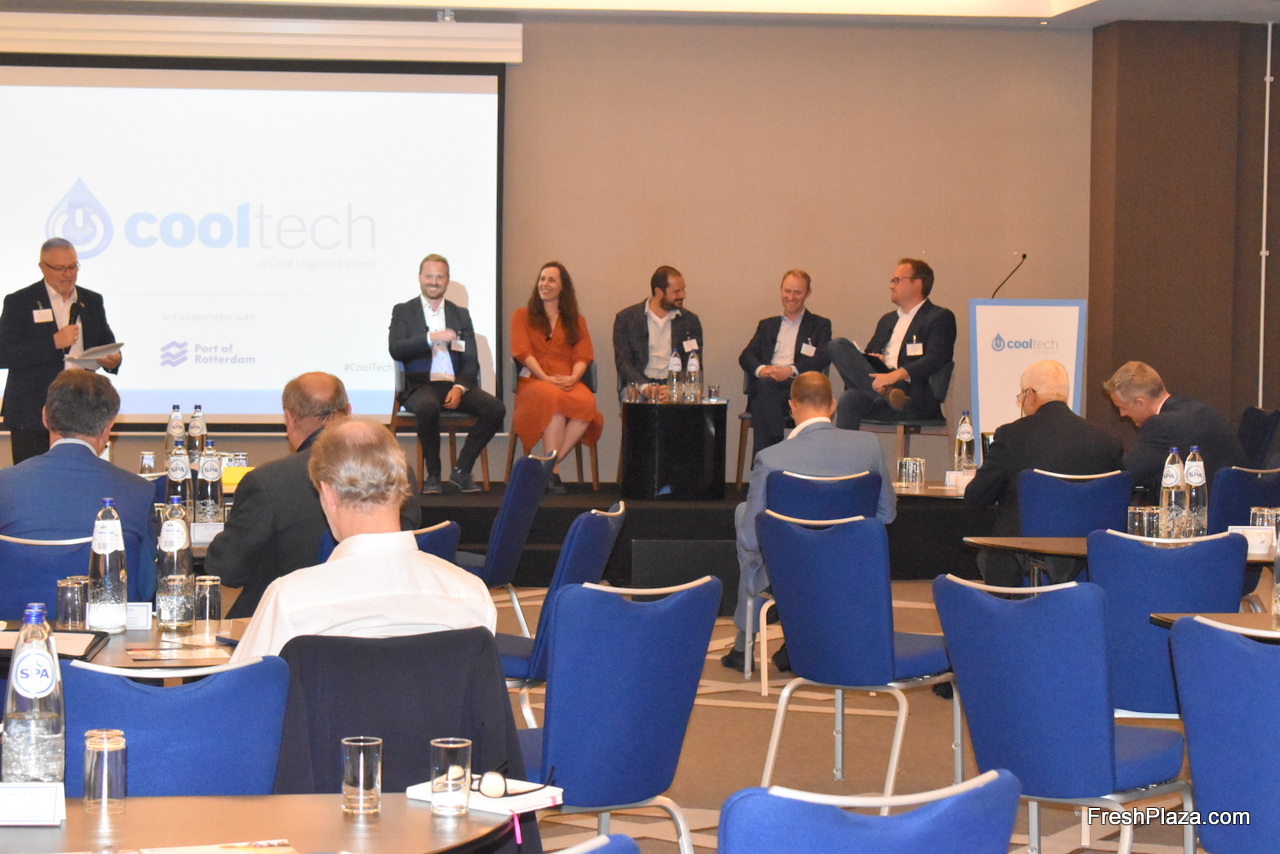 Van Est stated: “Something is broken in the supply chain, today. We need to try and fix the situation, by digitization of the industry, as well as making the logistic process more resilient. We’ve seen shipping lines make more money and it’s normal that these companies are now expected to invest. The good news is a lot of change usually happens during a crisis. For Maersk, we’re making new investments, like the new cold store in the Maasvlakte. This should stop the need to move shipments further away from the port to store produce after it has arrived.”