Macfrut on its mission to Africa

A fair has to worked on for 365 days a year. For this reason, in recent days, Renzo Piraccini president of Macfrut, and Federica Gallo of the foreign affairs office, went on a mission to the Ivory Coast. During the last edition of the fair in Rimini, several entrepreneurs from Italy were present in a dedicated booth.

"The fruit and vegetable sector is a key driver towards growth. The Ivory Coast is the world's second largest producer of cashews and Africa's leading exporter of mangoes. It is also the leading producer of cocoa and cola nuts. This nation was present at Macfrut 2022. Italy and the Ivory Coast are renewing bilateral cooperation," wrote Piraccini.

The event was also attended by Alessandro Gerbino, head of ICE in Accra, which also has jurisdiction over the Ivory Coast, and two representatives of Confindustria Italia. The mission organized by ICE and the Ministry of Foreign Affairs had a first institutional day with meetings with Ivorian authorities and a second day dedicated to visiting cashew processing plants. 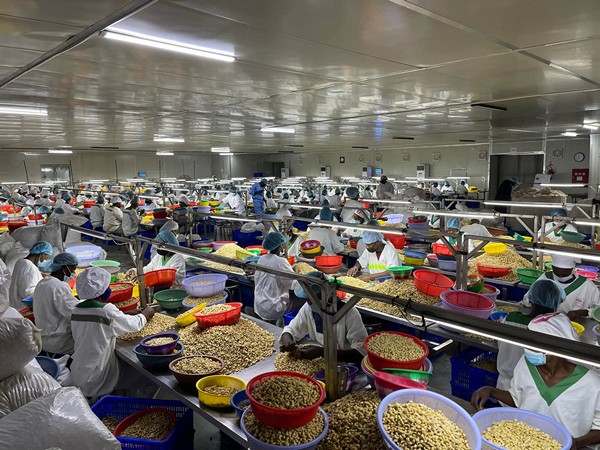 Near Youmossoukro, the administrative capital of the Ivory Coast, about 230 km from Abidjan, Piraccini added the following: "We visited two cashew processing plants. The Ivory Coast is Africa's leading producer, with 1,000,000 tons of which about 600,000 tons are exported, but only 10 percent unshelled, and 90 percent shelled to Asia and in particular Vietnam, which does the husking and then re-exports them." 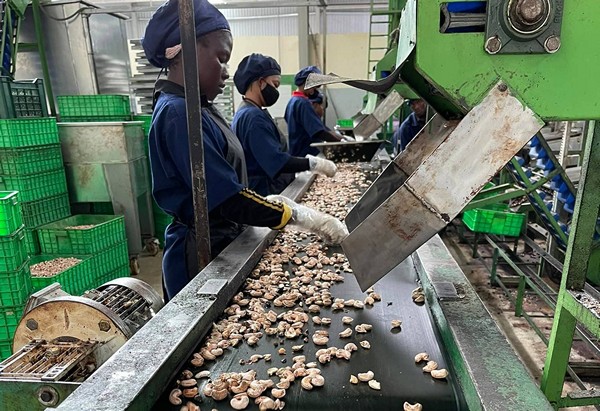 The method is quite complex and requires technology, which African countries often lack. The same problem is found in Mozambique, another major cashew producer. The first stage of processing is cooking the cashew with steam. Then the fruit goes through a forced-air drying plant. 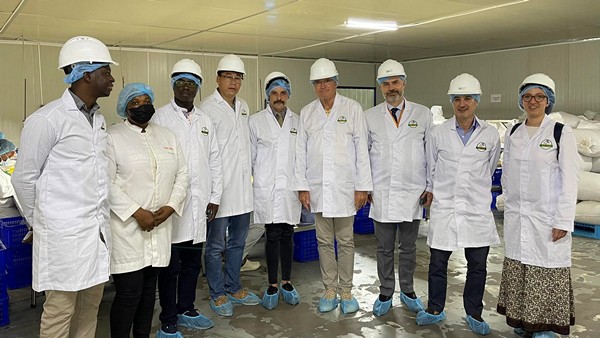 "Then the nut is broken with mainly Vietnamese or Chinese technologies. Next, the fruit is treated with heat to remove the film that protects the fruit. Finally, it is sorted to divide the different quality levels. Approximately producer prices for farmers are about €0.75 per kilo, while the shelled product ranges from €5.50 to €7.00 depending on the quality level," explained Piraccini. 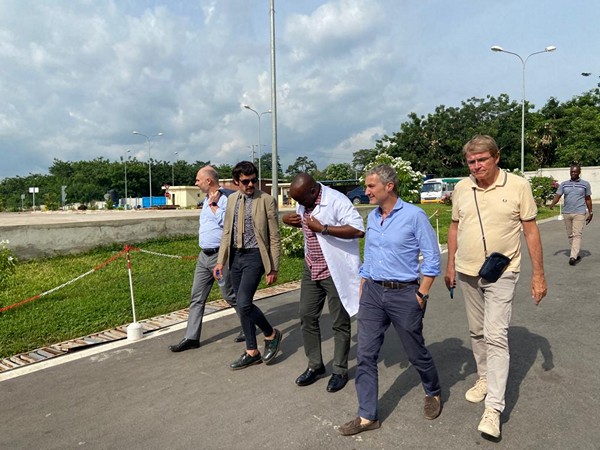 Standing to the right of Renzo Piraccini is Alessandro Gerbino, head of ICE in Accra

"The walnut is cracked using mainly Vietnamese or Chinese machines. Next, the fruit is treated with heat to remove the film that protects it. Finally, the fruit is sorted to divide the different quality categories. 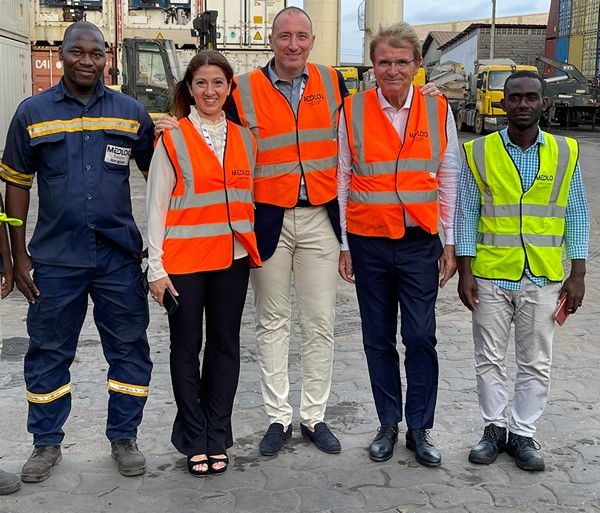 In addition to the meeting with the Ivory Coast operators and companies, there was also a brief visit to the maintenance and storage center for Messina and MSC Group's reefer containers. The port of Abidjan is the second largest in Africa in terms of volumes handled, after the South African port of Durban.