Report supplies key statistics and data about child and adult consumption of fruit, vegetables and more

of Australians are eating enough fruit and vegetables, with dieticians warning the country could be headed for an obesity crisis. Results from the latest National Health Survey, released by the Australian Bureau of Statistics on Friday, showed 93.9 per cent of adults did not meet the recommended daily intake for both fruit and vegetables.

Dietitians Australian CEO Robert Hunt said in the midst of a fresh food price and supply crisis the government needed to invest in a coordinated approach to nutrition. 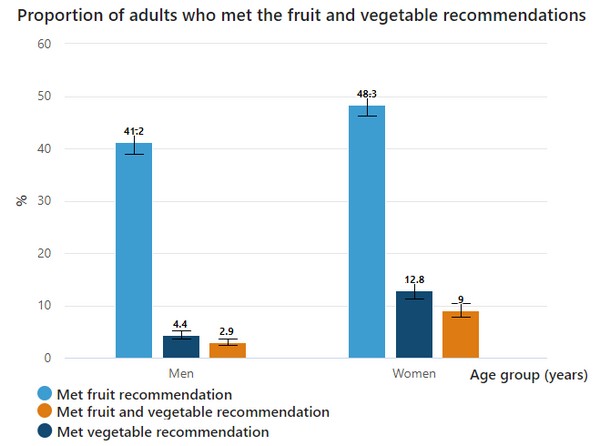 Women aged 18 years and over were more likely to meet any of the recommendations than men: