Snack cherries packaged in the field

How can you fully maximize the value of cherries while tickling consumers' taste buds? By snack cherries in 200-gram cups. This is the proposal of the Fellini Patrizio company of Gambettola (Forlì-Cesena), who has just started selling." This is not completely new in the overall sense, but it is a new proposal from us. We are specialized in vegetables and, given the success of radishes in glasses and then jujubes, we thought of extending this to cherries as well," explained Emile Fellini and Andrea Pignato. 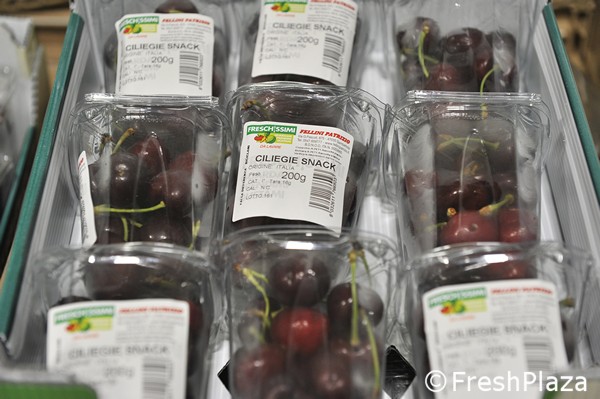 The cherries are sourced from a supplier who has an orchard just a few hundred meters away from Fellini's headquarters, which is the strength of the operation. "The cherries are picked by the producer, who packages them directly into 200-gram cups. The cups are then brought to the plant within a few hours of picking from where they are labeled, and then they are immediately shipped to the distribution platforms." 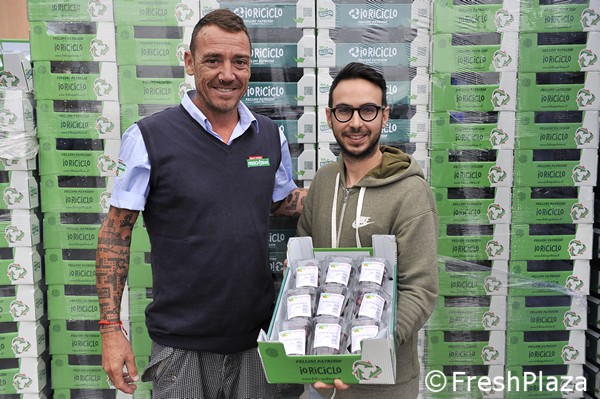 It takes only a few hours from harvesting to the shelves of the large-scale retail trade. The grower, who has all the necessary certifications to qualify under Fellini's quality standard, produces according to an agreed-upon specification. The varieties he has available are Sabrina, Black Star and Kordia. 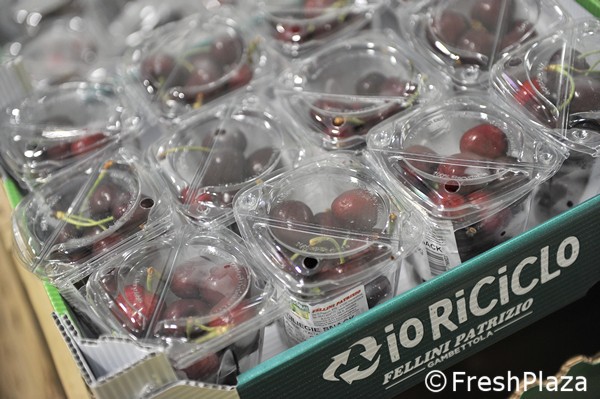 "The cups are offered to the large-scale retail trade in the 30x40 Io Riciclo 12-piece boxes. The cherries are 28+ gauge and picked at the right point of ripeness. Potentially, we can have product until mid-August, as we have collaborations with producers in Trentino Alto Adige once the local cherries are produced."