It is in the Alsace region of France, in Hoerdt to be more precise - the asparagus capital - that the farm run by the Dollinger family for 5 generations has set up a store for the direct sales of its asparagus. The activities of the family farm have evolved over the years, but the asparagus remains the flagship product of this typical Alsatian farm.

“We have been growing asparagus since they were introduced in Alsace in the 1900s,” explains Manu Dollinger. “It has always been the main vegetable cultivated on the farm and today, it represents approximately 15 hectares. What has changed are the other crops and activities of the farm. The farm used to have livestock and specific crops such as tobacco. In the 1980s, my grand-father decided to expand from the village in order to gain more land and avoid the inconvenience of traffic. My parents put an end to the livestock activities and turned to a variety of vegetable crops cultivated over 50 hectares. Today, the whole family lives on the farm, and when I started in 2012, we created a direct sales shop, which completes the sales in cooperative and to wholesalers. It is one of the first direct sales stores in the region.” 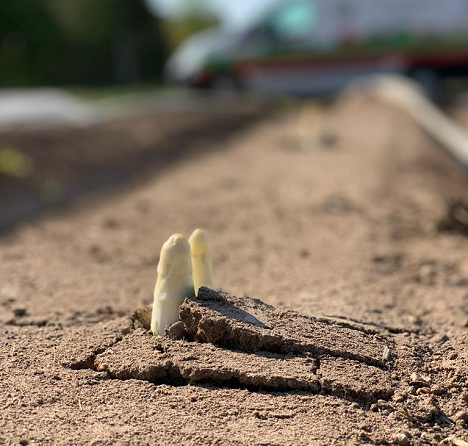 The asparagus, a traditional vegetable in Alsace
Consuming asparagus in Alsace is above all a tradition. The emblem of the city of Hoerdt, with its bunch of asparagus, testifies to the central place occupied by the vegetable in the culture of the region. “So even when consumption can be a little sluggish, especially in this post-Covid period with the loss of consumer purchasing power, there is always some demand here. We always have customers in the store, some even travel more than 100 km to buy our asparagus. Of course, we take part in the asparagus festival, when we open our doors to the public, along with 5 other farms. For the occasion, 1 ton of asparagus is reserved for tastings. We are also very present on social networks and we deliver to Luxembourg and the entire Grand-Est region of France.”

Harvesting at night makes for less strenuous work and helps gain in time and freshness
Another particularity of the Dollinger farm is that the asparagus are harvested at night. “In 2016, after facing significant problems related to the reliability of labor, I turned to a network of Spanish workers specialized in asparagus harvesting. Two to three weeks into the campaign, as the daytime temperatures continued to increase, they suggested harvesting at night, as it is often done in Spain. And since then, we have adopted this system.” The concept is not very common in the region, which led to many questions from villagers regarding the night activities on the farm. 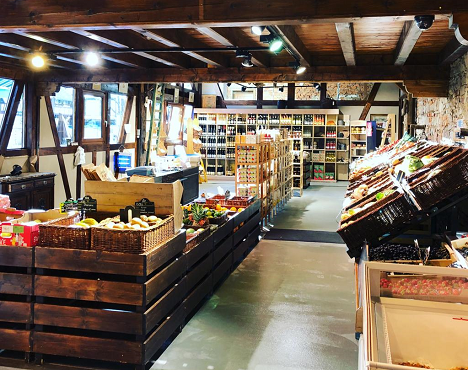 Harvesting at night presents great advantages, both for the workers and the producer. “At the height of the season, temperatures can get very high during the day, which makes the work in the field even more difficult. So they prefer working at night and are fully equipped to do so. At night, they are able to work in sweaters and with headlamps, which is much more pleasant. Working at night also allows them to be better paid. The advantages are plenty for us as well. The asparagus are more fresh and maintain their freshness all the way to the packing station. This makes a big difference for the quality, compared to the asparagus that are exposed to the sun for hours before being harvested. Additionally, the workers do not have to worry about the asparagus turning green because of the sun.”

Another significant advantage is the precious time saved by harvesting at night. “At 6/7 o’clock in the morning, we know exactly what has been harvested and what will be sold that day. We can also calibrate everything at the same time, without having to turn the machines on and off several times a day. And we also reduce the movements of the workers, which helps us save a lot of precious time.” 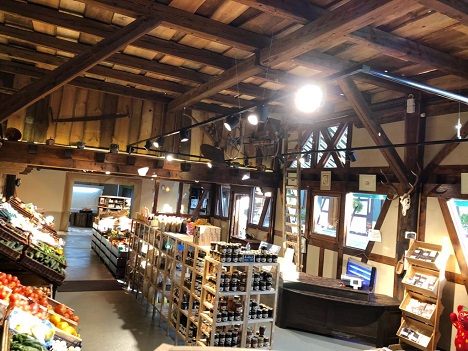 Growing consumption, even after the asparagus festival
This year, the asparagus campaign started on the 20th of March and will end around the 15th of June. The volumes should be close to those of 2020. “The production was nice at the end of March, but then stopped abruptly at the beginning of April. Luckily, it resumed around Easter, followed by two weeks with very good yields until April 8th. Unfortunately, the consumption is low, which has caused prices to drop drastically. Since May 6th, the production has slowed down again while the demand has increased. This is surprising because after the asparagus festival, consumption tends to decrease as consumers prefer to turn to more summery vegetables. Maybe the cooler temperatures of the past few days have been favorable for the demand.”