According to ASAJA, they may exceed 50% in counties such as Los Vélez and Alto Almanzora

ASAJA-Almería foresees an "uneven" almond production in this Spanish province. The impact of the weather conditions this spring has affected 59% of the almond tree acreage. The extent of the impact varies depending on the region, since, for example, frost, which has been the phenomenon that has caused the greatest losses and which is the main cause of the foreseeable reduction in the production, has not affected the entire province equally. 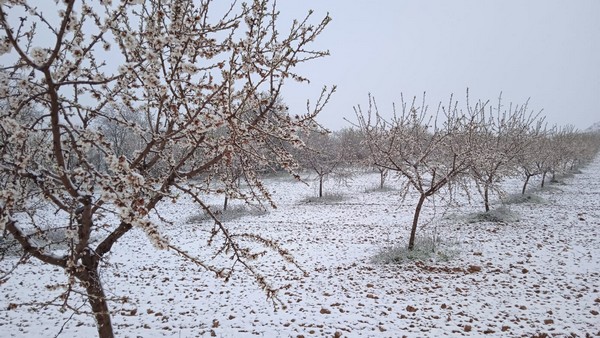 Given this situation, when making a first estimate of the next almond harvest in the province, and taking into account that the losses could still increase, ASAJA believes "that close to 30% could have already been lost at this time, and losses may exceed 50% in areas such as Los Velez and Alto Almanzora, which could mean about 8-9 million kilos less".

"ASAJA wishes to recall that in addition to frost, there has also been some haze that took a toll on the pollination, so there have been problems in the setting of flowers. Moreover, the rains of April and the excess moisture have affected the trees, leading to the presence of fungi that are causing root rot."

"This year, the provinces of Almeria and Granada are the ones that may report greater losses in the almond production due to the weather, although the entry into production of new plantations could reduce this impact. It should be recalled that Almeria is one of the provinces with the largest area devoted to almond trees in Andalusia; however, since the vast majority of these are rainfed, the production accounts for about 16% of the total produced in the region."