Cream Of The Crop strikes ripe partnership with Fyffes

Zero waste foods brand Cream Of The Crop has announced an official sustainability-focused partnership with Fyffes – one of the world’s leading distributors of tropical produce, and currently Europe’s largest importer of Fairtrade bananas.

Fyffes has set itself a global target of reducing food waste by as much as 80% by 2030 and the new exclusive partnership with Cream Of The Crop will go some way to helping Fyffes achieve this.

Cream Of The Crop helps battle food waste by using surplus ingredients that would otherwise end up in landfill or, in this instance, be converted into biofuel to create a range of zero waste products. Each month Fyffes will donate up to two tonnes of ripe bananas, only deemed as surplus because they don’t meet the supermarkets’ specification criteria, from its Ripening Centre in Balbriggan, Dublin to Giselle Makinde’s enterprise. 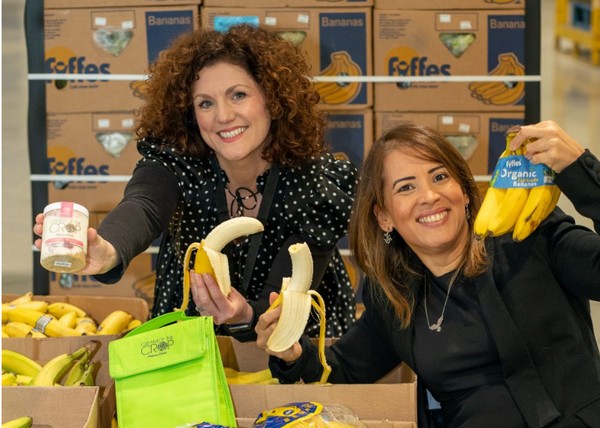 In order to be able to store and process this quantity of fresh fruit and meet growing demand for her products, founder, Giselle, has had to relocate her zero waste business to new larger premises for the second time in less than a year. From Cream Of The Crop’s new state-of-the-art 1,700 sq. ft production facility on the Ballycoolin Road, Dublin 11, Giselle estimates that she and her team will have the capability of saving twenty-four tonnes of surplus food from landfill in 2022 – three times as much as in their previous home on Cork Street, Dublin 8.

To boost her chances of achieving her targets for this year, Giselle has launched a Kickstarter campaign – titled ‘Bananitas – made with surplus bananas’ – and is looking for support to help raise €14,500.

The crowdfunding campaign, which will run for 30 days ending on Thursday 16th June, will help fund the purchase of the specialist equipment (dehydrators and chocolate coating machines). These will enable Cream Of The Crop to process three times as many bananas in 2022 as last year and launch a brand new zero waste snack called ‘Bananitas’, inspired by Giselle’s childhood memories of growing up in Brazil.

Bananitas, or dried banana bites coated in 70% dark chocolate, which are gluten-free, vegan friendly and high in fibre, will become the first product in the Cream Of The Crop range to be available for nationwide delivery.

Commenting on the exclusive partnership with Fyffes, Cream Of The Crop’s Founder, Giselle Makinde, said: “I couldn’t be more excited about this partnership with Fyffes. The amount of food that we are going to save will make a huge difference and it’s just the beginning of what will be a fruitful long-term partnership. I hope other food companies will realise the benefits of this type of collaboration and see that it is possible to fight food waste as well as creating a great product.”