Steffen Mucha, Bio-Gemüse regional AG, on the sales of organic potatoes from Saxony

"Supply of alternative goods is gradually coming to an end"

As early potatoes are in the ground in most German growing regions, marketing of last year's crop is now in its final phase. "The supply of alternative goods is gradually coming to an end. At the beginning of June, we expect to bring the last lots from the region to market. This is in contrast to last year, when stocks were much more abundant and we were able to fall back on alternative goods until the start of the early potato harvest," says Steffen Mucha, CEO of Bio-Gemüse regional AG (formerly ÖBS), about the current marketing situation for organic potatoes.

Due to last year's good harvest, the prices were also predominantly below average, which is why the farmers reacted accordingly and the organic cultivation acreage in Saxony was slightly reduced. Mucha says, "Accordingly, prices this year are well above last year's level, plus they've remained largely stable over the past two months." 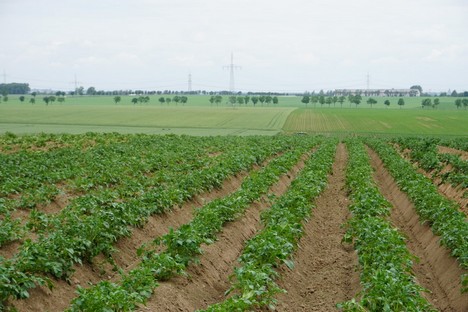 Rising production costs
Complementary to the marketing of the last, domestic stock, imported potatoes are also already offered in the organic sector. However, Bio-Gemüse regional AG is dedicated exclusively to the procurement of regional organic goods. "On the marketing side, however, we appear supra-regionally by distributing our goods not only in Saxony, but also in neighboring states. Our customers are predominantly packing companies of the natural food as well as the food retail trade."

The potato industry is also facing the current cost increases, Mucha continues. "The additional costs - whether in mechanical weed control or in storage - will definitely show through in the new season." In the conventional arena, 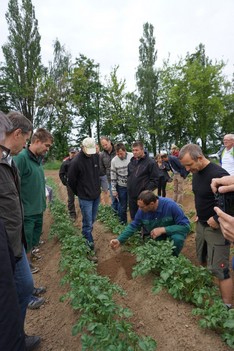 he says, cereals are establishing themselves more and more succinctly as an interesting alternative to potatoes. "Also in the organic sector, whether feed or food grains - we are currently seeing rising quotations. I could therefore imagine that some producers will also consider making the switch. Therefore, we would need some price premiums in the new season alone."

Rising trend
In the near future, Mucha is quite positive about the marketing of domestic organic potatoes. "There is a tendency for fewer fresh potatoes to be eaten in Germany, but organic potatoes are enjoying increasing popularity. In recent years, we have managed to convince regional consumers of the benefits of organic potatoes. In this respect, I think the trend is moving upward."