In the Gamtoos Valley of the Eastern Cape, the Satsuma crop has been picked, and it is now followed by Novas, clementines and lemons. The area didn’t experience the same unrest as the nearby Sundays River Valley which lies to its east. 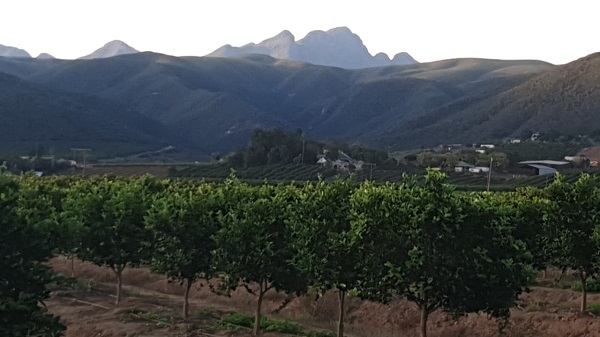 There is a legal strike at one citrus producer in the area, but it’s running along the formalized channels, and there was a community protest about school conditions in Patensie last week, but in general the atmosphere is calm, says Grewar Oosthuizen, member of Agri Gamtoos Farmers Association’s management committee.

“Politically one could say our area is more moderate,” he adds. “Some workers are unionised, especially at the larger farming enterprises. We consider it as very important to always keep the communication channels open with our local community and to maintain good relations.”

The Gamtoos Valley has a much smaller community and approximately a third of the Sundays River Valley’s surface area.


Citrus trucked to KZN for Eastern shipping
The citrus season is slightly later than normal, but not to a significant degree.

Gamtoos growers also have to truck citrus to Durban, KwaZulu-Natal, to be loaded for the Middle East and Far East as vessels running those services are still omitting the much closer Eastern Cape ports of Gqeberha (Port Elizabeth) and Ngqura (Coega).

Their road access to Port Elizabeth is not impeded by Sundays River Valley unrest although, Grewar notes, like in much of the country, road conditions are starting to impact on citrus transport, especially as volumes increase. 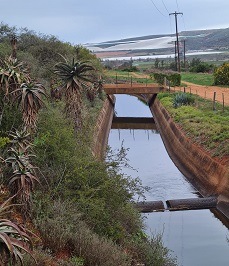 “If you enter the Gamtoos Valley now, by looking at the area you wouldn’t say we’re in a serious drought," Grewar remarks.

Right: covered citrus orchards, as in the background, have become a common feature to reduce wind damage and water loss

"We did have more rainfall this season than the previous season, and also, most producers now have their plans for alternative water sources, like boreholes, in place.”

The citrus crop definitely looks better than last year, he says, despite citrus producers receiving only 15% of their water allocation from the Kouga Dam (still below 13%) over the past water year (running until end-June).

Over the past few years of drought some citrus orchards nearing the end of their lifetime were removed, perhaps sooner than otherwise, but there hasn’t been a largescale removal or cutting-back of trees as an extreme water measure.

In fact, he remarks, what citrus growers have managed to do under severe water shortages, is quite remarkable. 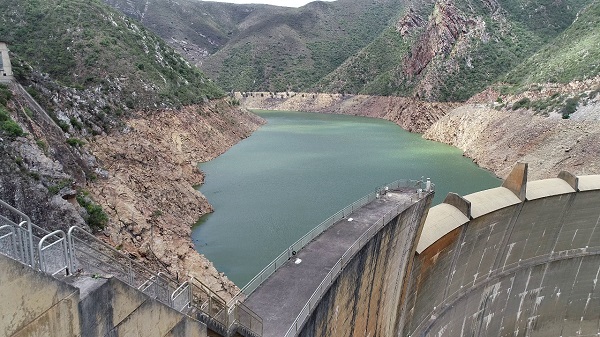 He adds: "It is my opinion, and it’s a generally shared opinion, that the average Gamtoos farmer is a very efficient water manager, employing low flow drippers and so forth. So we’re very fortunate – you wouldn’t think that the crop now hanging on the trees was produced with so little of our water allocation, and it’s been like this for three years.”

The vegetable market can be volatile, particularly when growing for the wholesale market, and so the Gamtoos farmers who are still growing vegetables, do so predominantly for packhouses supplying supermarket programmes. 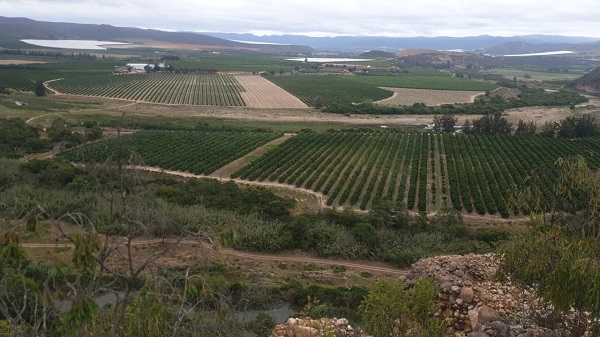 As the drought has continued, some vegetable farmers made plans to access land outside the Gamtoos in areas where there is more water in order to service their retail contracts.

In addition to citrus and vegetables, there is also blueberry production in the upper Gamtoos Valley where it has been performing very well with high levels of financial return per water unit used.