Long-awaited breakthrough as citrus is loaded from Maputo

A significant volume of South Africa’s citrus is produced in the north-eastern parts of the country, located much closer to Mozambique (Maputo) than to Durban where the congestion grows yearly.

Indeed, Maputo had until six years ago been an established port for loading conventional and container vessels with citrus and now a concerted and broad-based plan is breathing life into this necessary addition to loading from Durban. 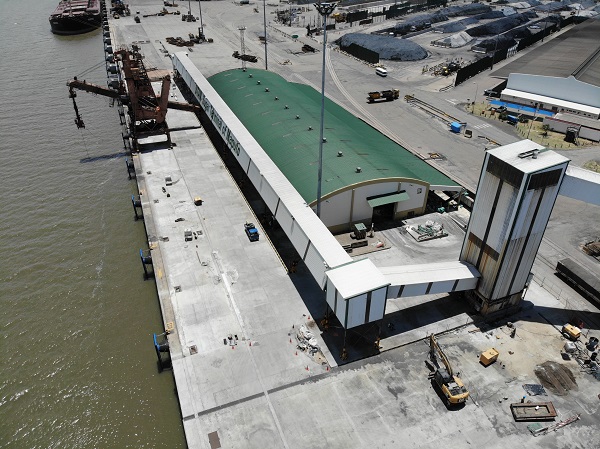 Given previous false starts, major uncertainties had to be overcome: shipping lines were unsure whether producers would send cargo to Maputo, while producers didn’t know whether shipping lines would add Maputo to their schedule. Added to that was great scepticism regarding the efficiency of the Komatipoort/Ressano Garcia border post which is only 100km from the port. Exporters using Maputo have told FreshPlaza that they've been pleasantly surprised at the ease of crossing the border.

The Maputo Port Fruit Terminal (with support from many role players) made several breakthroughs in piecing together a comprehensive plan involving different parties. Crucial to these successes, Dawie notes, was the approval in July 2021 of a protocol to allow the transport of loose pallets to Maputo, the protocol for ambient loading and Perishable Product Export Control Board approval of the MPFT warehouse at Maputo, and implementation of the Paltrack Palport system by MPFT.

Shipping lines like Baltic Shipping, CMA CGM (running a service to Singapore) and Unifeeder (due to start a service to Jebl Ali in Dubai towards the end of this month) came on board, which convinced several large fruit exporters companies to commit their support.

Maputo ambient loading will run throughout the citrus season
An approximate 300 containers per week can be loaded from Maputo Port Fruit Terminal.

This season five vessels have already left with fruit handled through the MPFT facility. By the end of May, at least 100 containers of citrus for markets such as Hong Kong, Singapore and Malaysia will have been loaded at Maputo. Loading is expected to run until at least week 40, possibly later.

“We expect to handle at least 2,000 containers until the end of September,” he says. “Thereafter there are plans to load macadamias without cooling, but cooling facilities will have to be added – then we can definitely include table grapes and mangos as well.”

He adds that Maputo port would also be suitable for imports into South Africa’s most populous province of Gauteng. 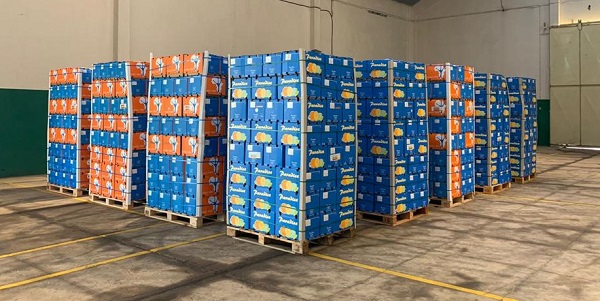 Citrus pallets inspected for export to Singapore from Maputo

Fruit for export through Maputo are inspected at South African packhouses, with a PPECB inspector in Maputo to oversee the usual activities of cleaning and loading of containers

The aim is to make cooling facilities available in Maputo by 2023 and containers could even be loaded in South Africa and brought directly to DP World, which holds exclusive rights to container handling at Maputo port.

MPFT will remain the basis of the Maputo corridor for the foreseeable future, Dawie notes, with major investment in port facilities in the coming years.

DP World and OCL fundamental to Maputo success
“The various roleplayers in Mozambique are very positive towards developing the port of Maputo to handle increasing volumes of exports, such as fruit, as well as imports. The Maputo Port Development Company which holds the concession to develop the port has been championing the project. Their commitment and assistance are helping tremendously.”

He adds: “Fundamental to the success has been the excellent cooperation with DP World, who are really professional and world class, as well as OCL, a Maputo-based logistics company that brought together years of knowledge they gained during their years of outstanding service until 2015. They are well-known in the South African fruit industry, which has helped our case in convincing exporters and shippers to commit to this plan.”