“The early spring weather in the Salinas area has been unusual.”

So says Mark McBride of Coastline Family Farms in Salinas, California who can’t help but notice the interesting weather changes in the state as of late--cold temperatures, some rain and imminent heat this weekend.

McBride had expected to be done with a chance of frost by April 15. However, frost was seen in cooler areas of the valley yesterday. He also notes that mid-April through May typically sees a gradual warming trend and some of the nicest weather of the year in the area. “And this week’s forecast calls for daytime highs staying in the low 60s with gusty winds every afternoon through Thursday. Then a rapid warm up into more normal daily highs-into the mid 70s for several days,” he says. 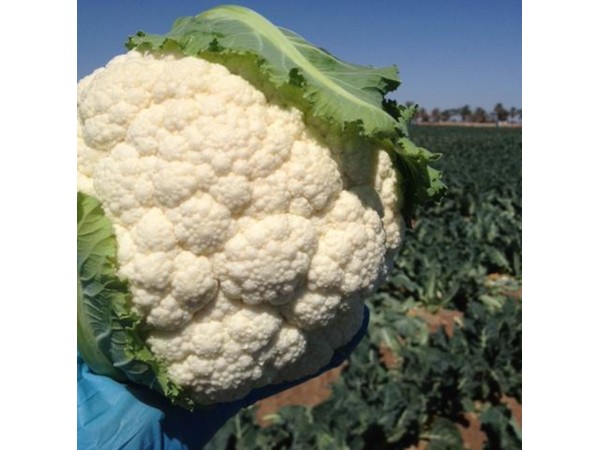 McBride says its most temperature sensitive commodity, cauliflower, has already seen a significant slowing in growth and maturity evidenced by a rapidly rising market.

Production affected
McBride notes that while these temperature swings may seem minor to someone who isn’t in agriculture, they aren’t necessarily normal and production will be affected. “Our most temperature sensitive commodity is cauliflower, and we have already seen a significant slowing in growth and maturity evidenced by a rapidly rising market: into the high teens/low $20s today,” he says.

Over in berries, Watsonville, California-based California Giant, director of marketing Kyla Oberman says with cooler and overcast weather, including a few light rain events over the past two weeks, any damage to the strawberries that was had was very short term. “And in the long run benefited the plants more than harm the fruit,” she says.

Oberman notes that a lack of warm sunlight slows down the ripening process of strawberries, which is a contributing factor to lower daily harvest numbers than originally estimated, especially for this time of year. “Thankfully, the plants are healthy, strong and loaded up with green fruit primed for quick ripening when the temperatures rise,” she says. “We’re expecting a warming trend to arrive at the end of this week that will boost harvested volumes and kick start the next six to eight weeks of large, promotable supply of strawberries.”

Heat is worse
In tree fruit, Levon Ganajian of Trinity Fruit Sales in Fresno, California notes that this kind of weather, even with the fluctuations, isn’t affecting the tree fruit. “The trees are not stressed at all. What really slows things down is when the trees get really hot and then all the sugars stay in the roots to keep the tree alive,” he says. 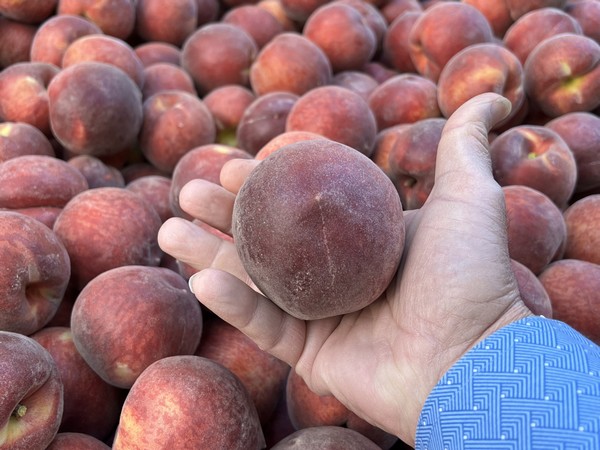 Levon Ganajian says this kind of weather, even with the fluctuations, isn’t affecting the tree fruit (above) that was picked yesterday.

What also helps the trees stay resilient in fluctuating weather is the ample amount of chill hours they received going into the season.

However Ganajian does note that earlier rains in the season did affect its apricot crops when some blossoms were knocked off by the rain.