As production is growing, so should the export volumes, Kerem explains. Especially now that China is having more trouble supplying their usual markets. “The local market is really good for Turkish garlic, but we also increase our exports to Europe, the Middle-East as well as Russia and Ukraine. Last season the biggest problem proved to be the global transportation. There was a severe lack of containers and freight rates were really expensive. Currently this has led to China having problems supplying their garlic, which causes overall demand for the product from the region to decrease. This means Turkey must increase their export regions and volumes for export, which we’re hoping for this season.” 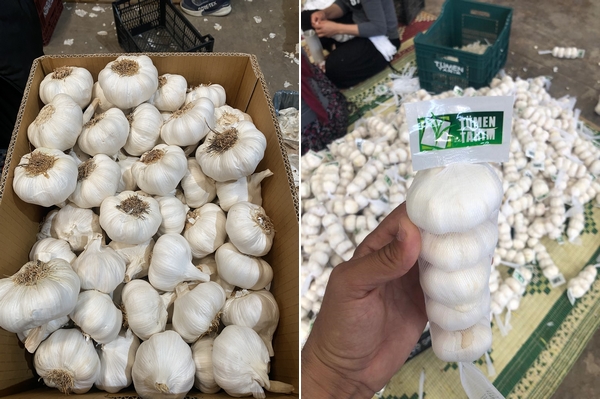 Kerem feels that the North American market could prove a very important one this year: “Last season we managed to export some trial containers of garlic to the United States. Thankfully, our production of garlic made a good first impression, so this season we’d like to focus more on both the markets in the United States as well as in Canada. To be successful in these regions, we’re looking for a strong partner in USA and Canada.”

“This season, the weather was relatively cold, so the sizes for garlic are slightly smaller than they were last year, but not by that much. Overall it won’t have an effect on capacity to supply. We expect this season to be positive, with increasing export volumes and the possibility to enter USA and Canada with the garlic. Let’s hope we find some strong partners!” Kerem concludes.