Durian production falls by 60%, and the overall price skyrockets

Starting in May every year, the durian season reaches its peak. In addition to the repeated epidemics this year, the price of fuel oil and fertilizer is increasing due to the war between Russia and Ukraine. The lockdown of Shanghai port has seriously affected the transportation of goods. Moreover, the production of durian was  reduced at the beginning of this year due to the lack of opportunities for durian to blossom and bear fruits caused by the climate. 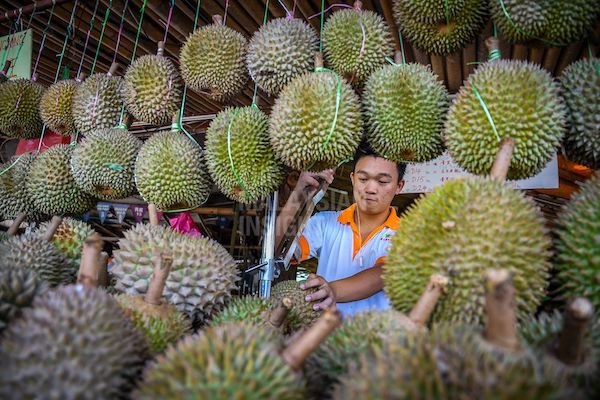 In Malaysia, where rains have been affecting durian flowering and fruiting recently, the output in June in this season is expected to be just 20% of the output from the same period last year (Photo: Perspective Malaysia)

Industry players point out that, due to the abundant rain in the rainy season, Musang King and Black Thorn durian production decreased by 60% and 80% respectively in this season, and the number of frozen durian exports to China this year is estimated to decrease by 60%. Meiyou Wang, the owner of Black Thorn Durian company, said that the output in June is expected to be only 20% of the output in the same period last year, making durian farmers and exporters bitter.

"We encounter climate problems that affect durian production every few years, but this year is worse, not only the climate but also many external factors are affecting the industrial chain. The output of durian in this season is 80% less." 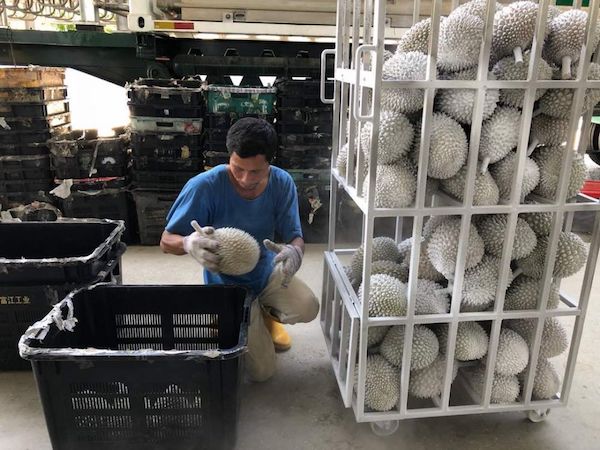 The number of exported frozen durians to China this year is estimated to decrease by 60% (Photo: Perspective Malaysia)

He pointed out that the price is affected not only by climate but also by the high pressure of operating costs, such as insufficient labor in durian gardens, soaring logistics and transportation costs, and increasing international fuel prices and fertilizer prices. Sharing his experience in exporting Black Thorn durian pulp to China, Meiyou Wang pointed out that transport ships could not dock to unload after the lockdown of the Shanghai port last month, resulting in delays and exporters considering unloading at other ports.

His carefully cultivated Black-Thorn durians have been exported to China in recent years and they are popular with Chinese consumers. Therefore, the volume exported to China from his orchard increased by 20% to 30% in 2021. He bluntly said that the price of Black Thorn durian is more expensive than Musang King durian. "Chinese consumers have a high acceptance of the new varieties of Malaysian durian, and everyone has begun to recognize Black Thorn durian."

Despite the problems, Meiyou Wang said that selling Malaysian durian in China is not affected. Even though some cities are under lockdown, online sales are still operating as usual. There are still many uncertainties.

Frozen durian export reduced by 50%
Shuxian Chen, managing director of Dinghao Fruit Co., Ltd., pointed out that the frozen durian exports this year are estimated to be 50% lower than that of last year. Although China's demand is high, the output of durian was reduced greatly. He predicted that the price of Musang King durian will be 15% more expensive than before. The durian industry feels helpless because the price is too high for consumers to buy.

He lamented that affected not only by the climate but also by the price of fertilizers which increased by 100% after the pandemic, the cost of durian farmers increased by 20% to 30%. In order to balance operating costs, he believes that eliminating traditional planting models can reduce dependence on labor and fertilizer. 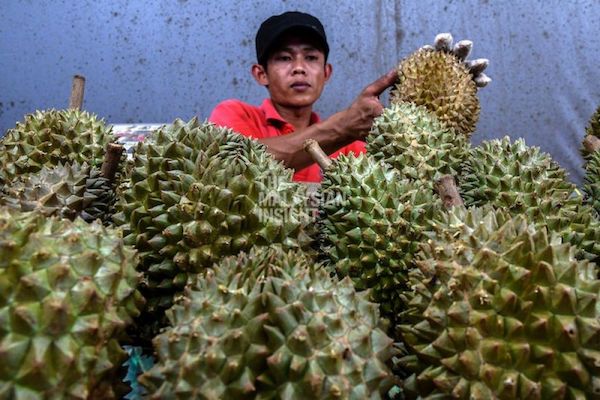 Durian trees have fewer chances of flowering and bearing fruit this year due to the abundant rain in the rainy season. Whether in Penang, Johor, or Pahang, the output of Musang King and Black Thorn Durian reduced by 60% and 80% respectively (Photo: Perspective Malaysia)

The lockdown of Shanghai port causes a delay in transport
In addition, Yikang Chen, managing director of Dulai Fruit Co., Ltd., said that the harvest this year is not as good as that of last year due to the climate. 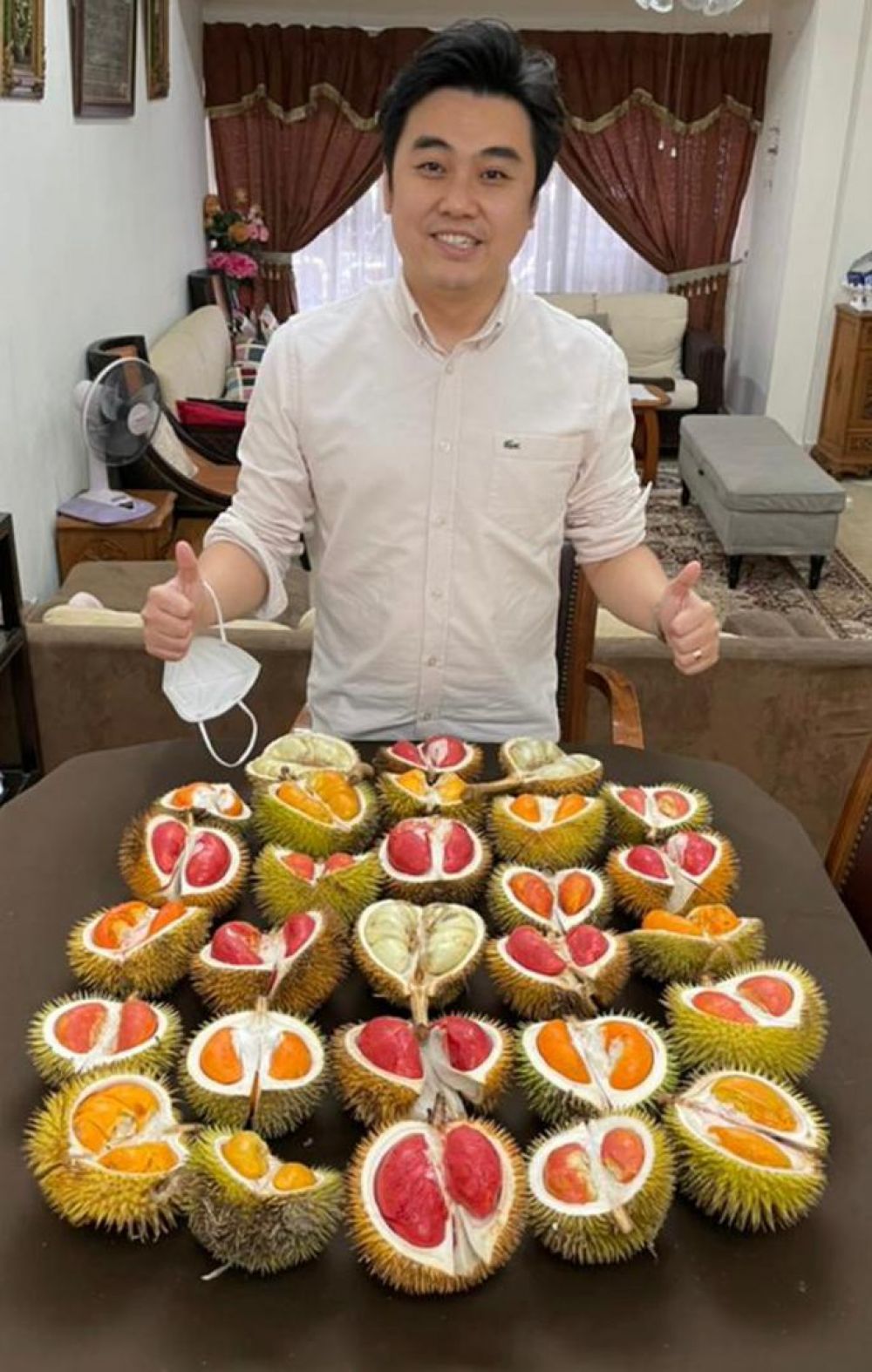 He said it has been very challenging this year. There are a lot of uncertainties as China continues to lockdown. The lockdown at the Port of Shanghai has affected the speed of logistics. "The closure of the Shanghai port has brought a lot of challenges to logistics. Transportation costs rose significantly, and many major fruit distribution centers and wholesale markets in Shanghai are closed as well."

Transportation is not the only problem. The increasing fuel price, limited containers, and other problems affect durian exporters as well. Chen Yikang said these problems lead to high inflation and thus reduce the profits of merchants.

"At present, Chinese consumers prefer whole frozen durian, but the demand for frozen durian pulp also continues to increase, especially the Black Thorn durian. "He said that consumers prefer pulp because the quality and weight of the pulp can be seen directly when looking at the actual consumption."