"While freight rates remain high, banana prices not increasing in the spot market is a cause for concern"

Ecuadorian bananas are going through a critical situation, and the war in Europe and its impact on the delicate balance of the global market has only made matters worse. The core of the matter is that the sector is of fundamental economic and social importance for this country, which has been the leading global banana exporter since 1964, and where this activity generates 250,000 jobs. 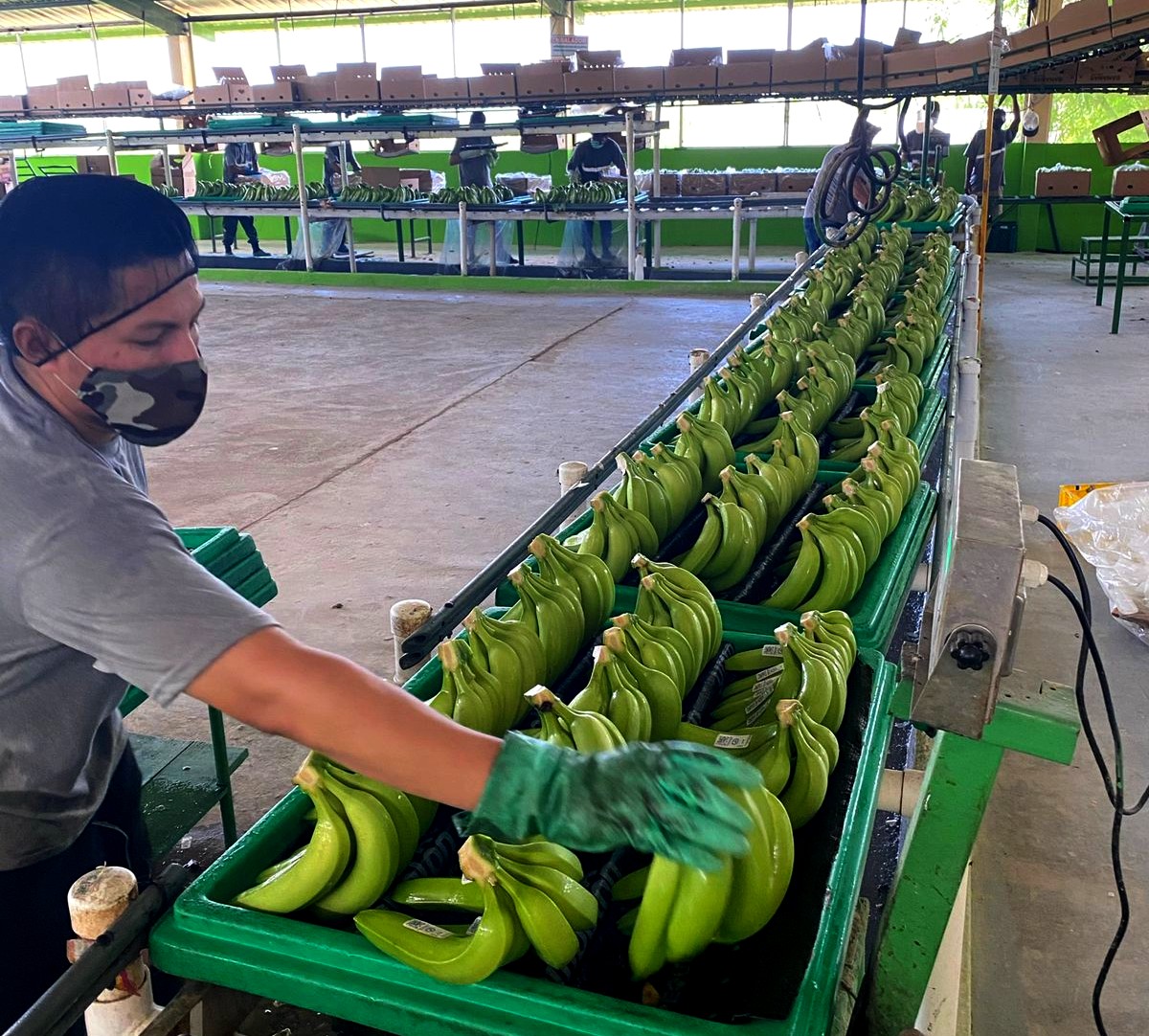 "In 2021, the banana sector in general was already forced to deal with many complications. The price of oil was high and we dealt with severe logistics problems that lasted practically the entire year and affected our marketing. Freight rates went up and there was a shortage of containers, and together with the increase in other production and export expenses, costs increased by around US$3.3 per box. The sector saw its exports reduced by 3% in terms of volume and by 5% in terms of value," says Richard Salazar, executive director of the Banana Marketing and Export Association, Acorbanec. "However, European supermarkets and other destinations stood by their decision to keep paying the same price for the fruit." 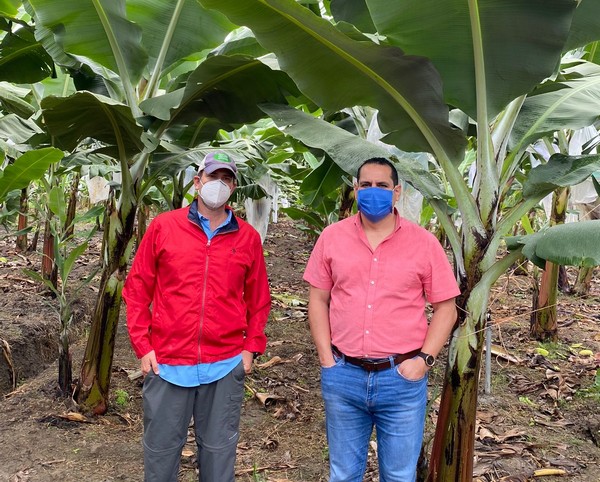 "That is why we launched a campaign together with other Latin American producing countries in October last year, seeing that the position of supermarkets was going to be the same by 2022, and at Fruit Attraction we made a statement urging those supermarket chains that import bananas to assume part of the responsibility when it came to the costs that the industry has been dealing with. We were delivering a high quality certified product, and we only expected the payment of a decent price."

"The supermarkets not only refused to assume those increases, but actually reduced our prices," says Richard. "In 2022, all the problems we already had continued, and the conflict between Russia and Ukraine was added to the mix, making the situation even worse for everyone, but for Ecuador in particular, because both countries together account for about 25% of all banana exports from our country."

"In the case of Russia, once the conflict started, we dealt with great logistical difficulties, because several shipping companies chose to stop going to the country. While it is true that various international sanctions came into force, the transportation of medicines and foodstuffs, such as bananas, as well as humanitarian aid products, was allowed, that is why we are still exporting bananas to Russia, but no longer the volume that was regularly exported. In fact, we are shipping less than half of what we used to. We have gone from exporting 2.2 million boxes of bananas weekly down to an average of between 900,000 and 1 million boxes." 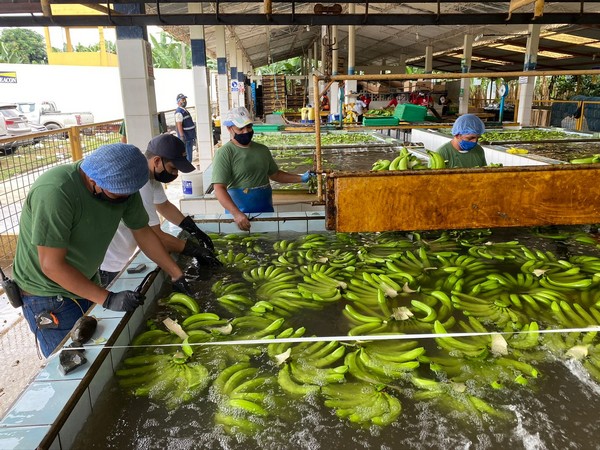 "At the financial level, there are many delays with payments as a result of the sanctions, so many exporters have chosen not to send their fruit to Russia. At the same time, Russian buyers chose to lower the prices paid, lower the quantities purchased, and in other cases, directly cancel contracts and start buying in the spot market. Only 2 shipping lines continue traveling to Russia and there is no security in terms of shipping space or stability in export volumes. Apart from all this, there are also high freight costs to deal with, ranging between 13,000 and 15,000 dollars per container, when in the past they stood at just 3,000 dollars per container.

Unfortunately, the shipping problem made the situation more difficult in Russia, but also in other destinations, because there began to be a surplus of fruit in Ecuador. "This surplus was estimated at an average of 1.4 million boxes per week, and redirecting that many boxes to a new destination is simply impossible."

"That imbalance created a big internal social problem. Given the inability to export the fruit, we opted to reach an agreement with the producers to buy their bunches, and, in fact, that is what we did, at least our guild; around 487,000 during the first few weeks. But coincidentally, due to climatic factors, there began to be more production, worsening the impact of the oversupply." 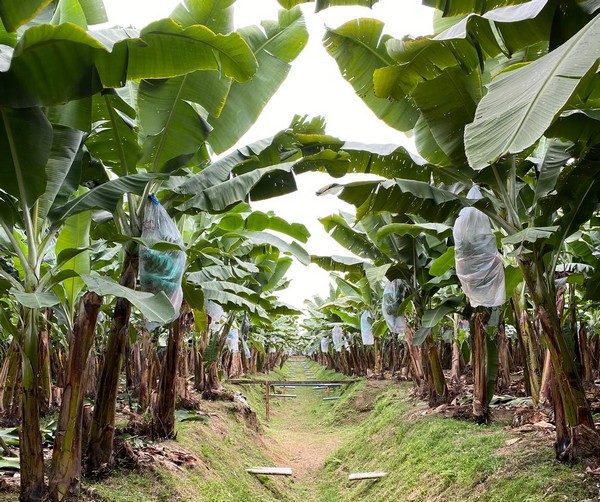 "Additionally, there has been abuse and speculation by international buyers. Supermarkets in our destination markets still needed fruit for consumers, and wished to keep it at the same price, even though freight costs were up to 3 and 4 times more expensive, so in this scenario, they have been lowering the price offered to producers and exporters."

"Supermarkets have great power not only in Europe, but all over the world," says the executive director of Acorbanec. "While freight rates remain high, we are greatly concerned about the price of the fruit not going up, because despite the fact that bananas are the cheapest fruit, importers and supermarkets are not willing to raise their price to the consumer."

"Unfortunately, at this time, the price of a banana box in the spot market stands at 4 dollars, but for 3 weeks it stood at 2 dollars," says Richard Salazar, "and 55% of the export destinations buy our fruit under this modality."

It should be recalled that a standard box contains 18.14 kg of fruit, so a simple calculation shows that, at only 2 dollars, the final price, including freight per kilogram of bananas, amounts to just 11 cents, equivalent to 10 euro cents; a situation that strongly justifies the sector's demand to the buyers for shared responsibility.

"In late March/beginning of April, within the framework of Fruit Logistica, a Latin American delegation went to the European Parliament and the European Commission, where they outlined, once again, all these problems and pointed to the need to address them." 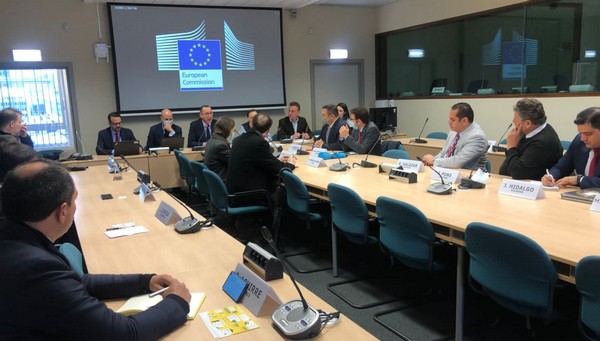 Meeting at the European Commission in March 2022.