"Onion re-deliveries delayed because everything is under water in Valencia"

Florian Stark, managing director of Früchte Stark - Kartoffel & Zwiebel Handel, which among other things operates a wholesale stand at the Frankfurt Frischezentrum, sells his goods to food retailers and wholesalers, but primarily to catering customers.

Currently, Stark still offers butcher's onions as cold storage goods from Spain, but says their quality is "catastrophic." "Since the beginning of the week, I have stopped selling these goods. However, the first small quantities of Spring goods have already arrived; these could also be resold directly the same night. But the subsequent delivery is delayed because everything in Valencia is under water." 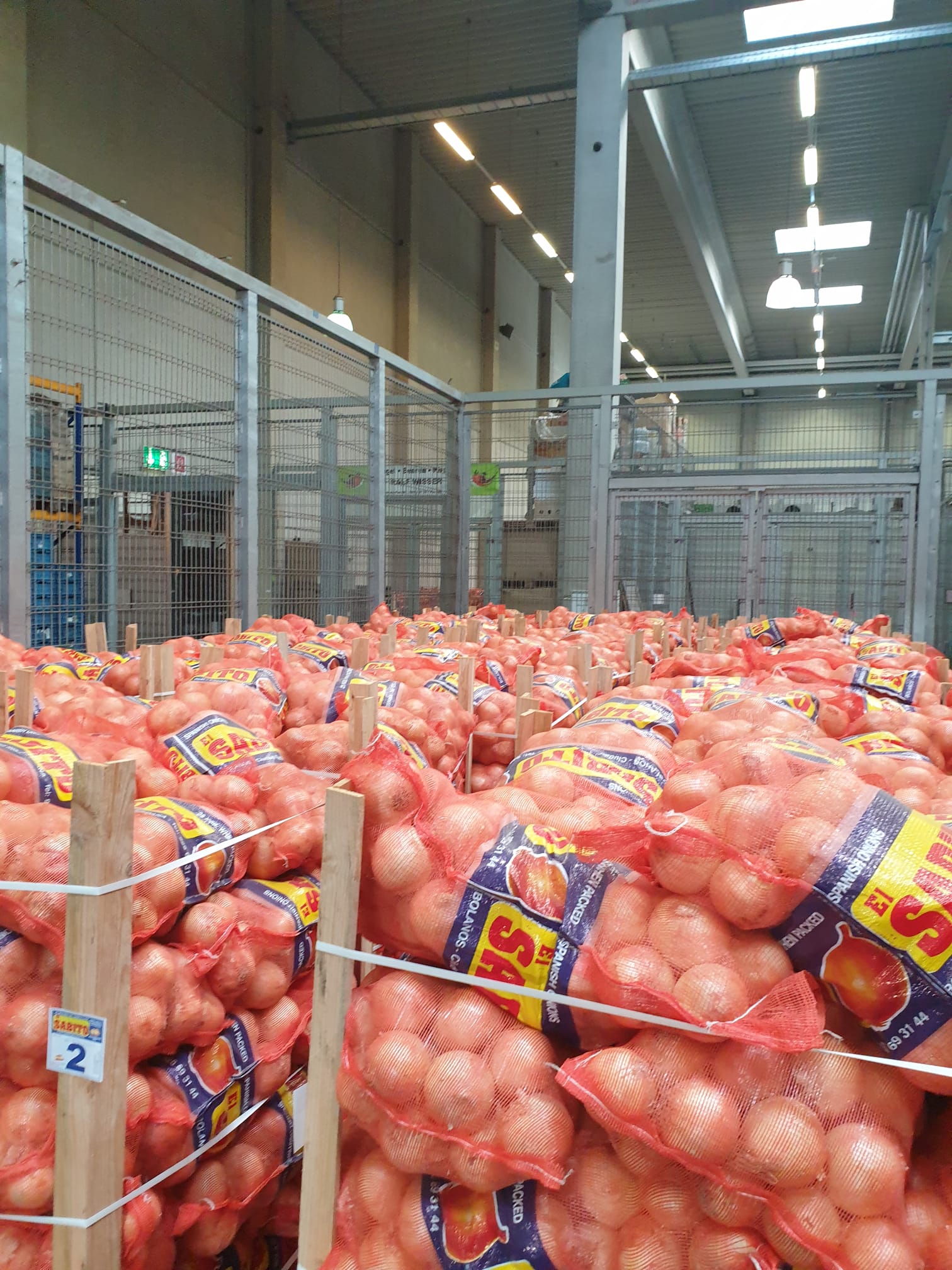 "This week I was able to offer ten pallets of onions. However, at the end of the week, not much will follow for now. With Holland onions, we try to balance the supply, of which we can offer about 5-6 pallets. One pallet of butcher's onions contains 40x25kg bags. With the Dutch goods we are at 50-55x25kg bags per pallet. The quality of the Dutch goods is appropriate for the time and definitely better than the cold storage goods," Stark concludes.