Strong presence for Haith at the World Potato Congress

UK designer and manufacturer of vegetable handling solutions will have a strong presence at the eleventh World Potato Congress in Dublin (30 May – 2 June).

As well as having its own trade stand, visitors to the convention will see Haith’s Rota-Tip in operation and have an opportunity to see Haith’s equipment in use at some of Ireland’s leading potato processors. 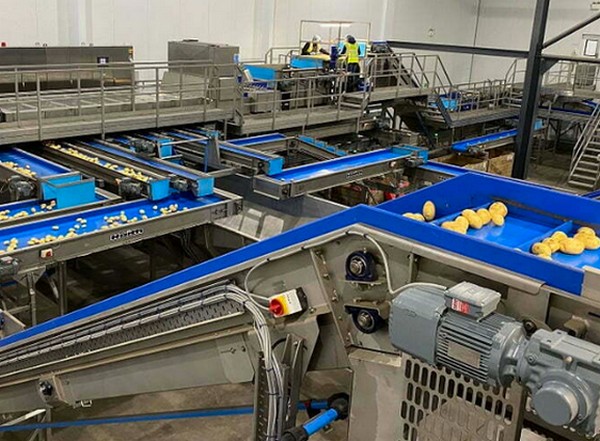 Haith’s strategic partner, GRIMME, will feature Haith’s Rota-Tip S on its stand in the potato field event. The Rota-Tip S is part of the series of machines that won Haith a Queen’s Award for Enterprise in the Innovation category last month and is designed to meet the needs of farmers, growers and small to medium-sized packers.

“We are very much looking forward to the eleventh World Potato Congress. It promises to be a fantastic event,” says Duane Hill, managing director of Haith. “We know that people from across Eire, the UK and further afield will be travelling to Dublin so it will be an excellent opportunity for us to catch up with our existing customers and possibly meet some new ones.

“We haven’t been involved in organising the event but couldn’t have chosen four better factories for people to visit as each one of the companies opening their doors to visitors use our machines. I hope people are impressed with what they see and hear, and if they have any questions after their tour, we will be delighted to talk to them!”

The Irish Potato Federation in Dublin, Ireland, which is hosting the congress, was founded in 1973 to promote the interests of the wholesale potato trade in Ireland and to promote potato consumption. Today it has ten members, spanning potato growers, wholesalers, packers, importers and exporters of both seed and ware potatoes.