Joaquin Hidalgo, General Manager of Grupo AGF Fashion: "There will be a shortage until mid-July"

The watermelon season has started late in the Spanish province of Almeria, with lower volumes and quality problems caused by the impact of heavy rains and haze. The first Spanish watermelons harvested are arriving to a rather empty market due to the issues with the production in Senegal and the low supply from Central America. 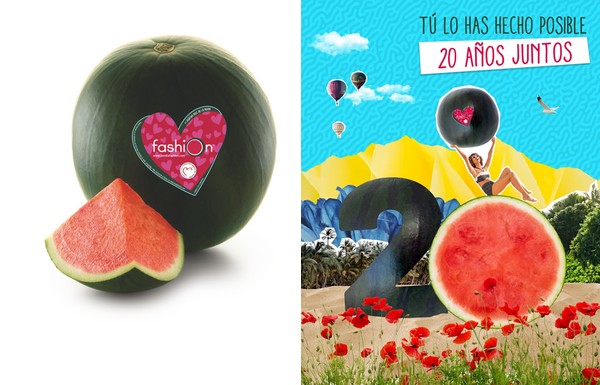 "We are starting the Spanish watermelon campaign with much lower volumes than planned," says Joaquín Hidalgo, general manager of Grupo AGF Fashion. "The weather has caused yields to be lower than usual and has also taken a toll on the quality, especially on the days when there was haze and the plants' fruit setting was affected. This is forcing us to be very selective with the fruit in a year with a very low production."

The impact of the weather on the productions has been an aggravating factor on top of the reduction in the area devoted to watermelon cultivation in Almeria, which according to the regional government has been reduced by over 750 hectares compared to 2021. "Many growers decided not to plant melons or watermelons this year in view of the poor results of the previous campaign. Also, the autumn horticultural crops have reached such good prices until the end of the season that it has been more attractive to hold on to them for as long as possible in the greenhouses, rather than gamble it with the transplant of spring crops, such as watermelon," he says.

The watermelon shortage is expected to last until mid or even late July. According to Joaquín Hidalgo, the constant rains for three or four weeks have also made open ground transplanting very difficult in other watermelon producing areas such as Murcia, Almeria's Levant, Alicante, Valencia, Castellon or Tarragona.

"The planning was already challenging from the start because of the dry weather in areas such as Cordoba and Seville, but the adverse weather conditions have also affected the switch from the greenhouse production to the open ground, due to the delay in the planting, which has even led to the destruction of plants, as there is no longer any room to carry it out. It is likely that Castile-La Mancha will bet on the planting of more early watermelons and try to get the most out of those crops in order to compensate for this gap in the production," he says.

Watermelon prices are now quite high both at origin and destination, even at this time of year. "For a few weeks, there has been a much lower production than usual in Senegal, and not a lot of supply from Honduras, Costa Rica or Panama, probably because of the high logistics costs. There is tension in the market. The problem is no longer the high price to be paid for the product in the field, but the impossibility of finding it and obtaining the right quality for the programs that many customers already want to start."

"This is a similar situation to that of stone fruit, whose supply will be very limited this year. Consumers will decide what prices they are willing to pay for the watermelons, especially in the current inflationary situation. We will also have to bear in mind that if a lot of poor quality products arrive on the market, prices will go down," says the general manager of Grupo AGF Fashion.

20 years of Fashion watermelons
This year the brand is celebrating its twentieth anniversary, and promotional actions aimed at the consumer are already planned to be carried out.

"We have been making a difference for 20 years. We are proud that the current status of Spanish watermelon in the markets has mainly been achieved thanks to the Fashion brand, which has given a boost to this crop not only in Almeria, but also in the whole country. Spain has become the leading exporter in Europe, both in terms of volume and value, thanks to its high yields and its recognized quality, especially in the European Union," said Joaquin Hidalgo.

Although the Fashion project was originally created for the Spanish market, over time Fashion has been increasing its exports. Today, around 60% of its production remains in the domestic market, while the other 40% is exported, mainly to European countries.