South African pears: quality & demand was there, but let down by logistics

The South African pear harvest has run its course and in the orchards, teams are pruning for increased light penetration and applying postharvest fertilisers, an operation that has become very expensive as a result of skyrocketing fertiliser and fuel costs.

It was a season with good crops of Packham, Forelle and Abate Fetel, while the Williams Bon Chretien crop was an average harvest, with some small fruit. 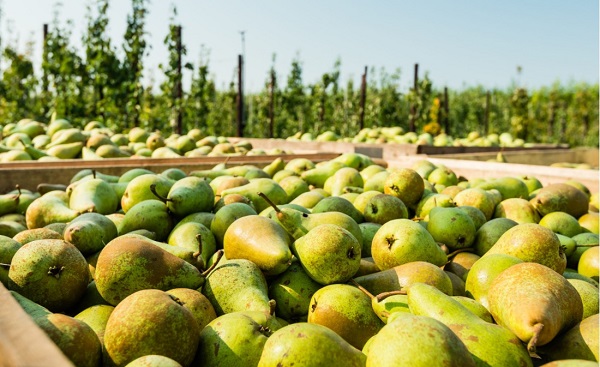 Season marked by unreliability and cost of logistics
The European pear market started off empty, with high prices on pears, but shipping delays shaved off from South Africa’s pear window.

Demand was good from Europe (which takes just under half of South Africa's pears) but getting fruit timeously on the market was a frustrating undertaking with previous season small Conference pears standing by to take over shelf space left vacant by South African pears.

Important to note, an exporter says, that South Africa’s competitors in the international pear market have similar or worse logistical costs and buyers from Europe, the Middle East and South East Asia are looking for fruit from different places. In this respect, South Africa’s geographical position renders it more competitive than Chile at the moment.

YTD decrease of 48% in Russian pear trade
By week 16, South Africa had sent 29% more pears to Europe as a result of the difficulty in exporting to Russia this season, while the pear trade to Russia had dipped by 48% (and picked up with 45% to buyers in Africa).

Russia takes much of South Africa’s small Williams Bon Chretien (BC) pears as well as class 2 fruit, much of which ended up in Europe which negatively affected pear sentiment in Europe.

“You just can’t sell a small BC in France,” a pear trader says. “They take most of South Africa’s BCs and they’re used to buying large fruit.”

For Packham pears the loss of the Russian market has been particularly tangible, coupled with the third good consecutive crop. Class 2 Packhams in particular are difficult to sell elsewhere.