At the recent edition of Fruit Logistica, Anecoop presented the commercial and promotional campaign of one of its flagship products: seedless watermelon. This campaign appeals to the values of the cooperative, which are projected in its brand Bouquet, with its main strategic axis being the defense of the rural environment and the people who live and work in it by betting on a 100% national production program. 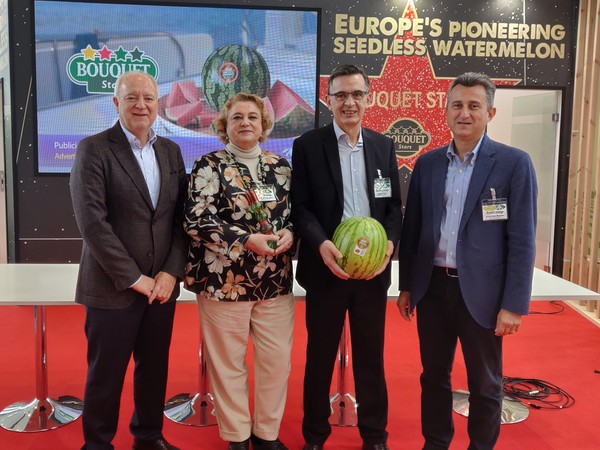 Alejandro Monzón, president of Anecoop, said that "today we celebrate that, 30 years ago, we were able to change watermelon consumption in Europe, and that over these three decades we have managed the consolidation of a product category that has overcome the main obstacle to its consumption: the seeds." This change in the European consumers' perception of watermelons "has made it possible to promote and develop a cultivation program carried out on four autonomous regions in which many agricultural producers and their families participate, making it highly valuable from a social standpoint."

For his part, the general manager of Anecoop, Joan Mir, gave a summary of the data collected over these three decades of Bouquet watermelons, highlighting that "we have marketed 2.6 million tons of watermelons, equivalent to more than 520 million pieces. We have generated 1,750,000 working days in rural Spain and have made an investment of nearly 14 million Euro in advertising and promotion in different markets in order to promote the product and position the brand. The challenge for us, who pioneered the positioning of a conventional fruit, is to retain our leadership." 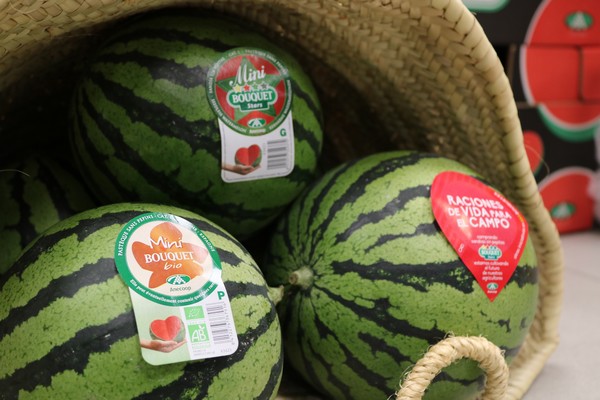 Production and marketing
For Anecoop, production planning is one of the cornerstones of the commercial campaign, adapting the volumes of the different watermelons varieties to market demand. To this end, it has increased the marketing of seedless black watermelon by 25%. Likewise, it has confirmed its commitment to growing in the lines with higher added value, which are the Bio and Bouquet Premium watermelon, and will give an extra boost to the beginning and end of the campaign, seeking greater balance.

According to Miguel Abril, the prospect for the current campaign is to market "around 155,000 tons, 42% of which will come from Almeria, 39% from Murcia, approximately 12% from the Region of Valencia and 7% from La Mancha, which closes the season at the end of summer."

To this strategic planning we must add the measures adopted to ensure a more sustainable production through the use of auxiliary fauna to combat pests, the use of insect reservoirs to help pollination, the application of systems that allow a better use of irrigation water or the anticipation to European regulations on packaging materials.