Phil & Leigh Cummin realized there was a problem in Australia.

Fresh produce facilities had only one choice for ethylene application, and it wasn’t the one most ripeners in many parts of the world were using. Long-time experts on fruit ripening rooms and the ripening process of bananas and other tropical fruits, Phil Cummins reached out to Greg Akins, president and CEO of U.S. company Catalytic Generators in Norfolk, VA. The pair quickly understood that a partnership between them could help Australian ripeners have a safer, easier and less expensive method of ethylene application.

In 2015, Catalytic Generators Australia was formed under the leadership of Phil’s son, Leigh. Collaborating on visits to ripeners around Australia, and participating in the Hort Connections trade show, Leigh and Greg toured Australia showing companies how to use Catalytic’s Ethy-Gen® II Concentrate plus the Easy-Ripe® and Centralised Ripening System’s ethylene generators. 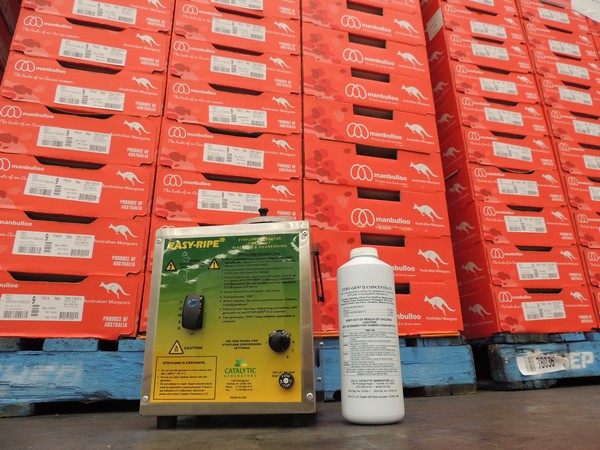 Cummins said not many Australian companies had heard of creating ethylene on site in ripening rooms.

“Not many Australian companies had heard of creating ethylene on site in their ripening rooms,” said Leigh Cummins. The norm was to inject an ethylene-nitrogen mix into rooms, which is more expensive and not as effective as slow, timed release of high-purity ethylene in the rooms. “The result is better ripening at a lower cost,” said Phil Basile for VB Sculli in Melbourne.

Companies such as VB Sculli, Mackays Marketing, Coles, Woolworths, Perfection Fresh, Costa and Freshmax are just a few of those who are now ripening their bananas, avocados and mangos with Catalytic’s products.

From its warehouse near Melbourne, Catalytic Generators Australia provides quick supply of the generators and Ethy-Gen II, used in the generators to create ethylene. They are also able to service generators when needed, as well as give on-site support anywhere in Australia or New Zealand. 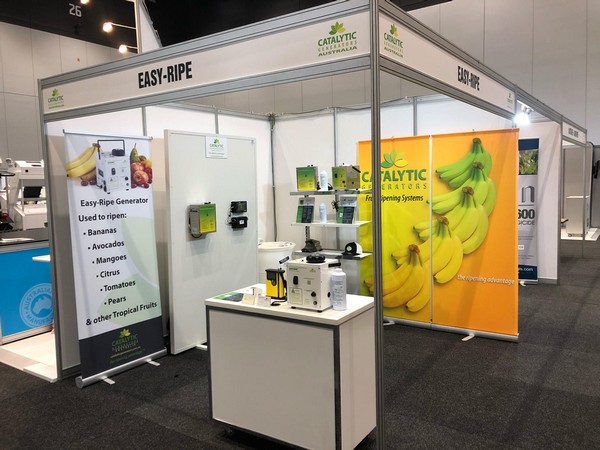 Cummins and Catalytic Generators Australia will be exhibiting at Hort Connections in June.

“It took us awhile to find someone who would devote the time and energy to promote our technology in Australia,” said Akins. “Partnering with the Cummin family was a no-brainer, and they were quick to grow the business.” He added that Leigh Cummin’s attention to detail has given customers the assurance that they are served by someone serious about helping fresh produce companies with quality ripening.