The frosts recorded recently in the Spanish Region of Valencia have already caused losses estimated at more than 50 million Euro, according to data published by LA UNIÓ de Llauradors. This adds to the 11 million that had already been caused by the persistent rains. 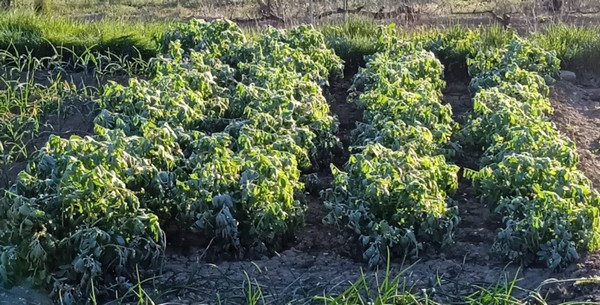 The data from LA UNIÓ reveal that more than 33,000 hectares have been affected by frost. The province of Valencia, with 64% of the surface, is the most affected, followed by Castellon with 27% and Alicante with 11%. By regions, the most affected is Utiel-Requena with 17%, followed by La Serranía and La Plana Alta, with 10% and 9%, respectively.

Most of the hectares affected, 80%, correspond to almond trees, another 10% to kakis, 8% to summer fruit and cherries and 2% to vegetables (potatoes, onions and artichoke). However, the heaviest losses will be recorded by kakis, as at least 50% has been lost, and this figure could actually become even higher if the most negative prospects are confirmed. Almond trees account for 37% of the damage, being the crop with the largest extension. Summer fruit, which had already been badly affected by the rains of recent weeks, represents 7% of the damage and vegetables represent 5%.

LA UNIÓ is requesting financial aid, in several forms, for those affected by the adverse weather conditions (first the rains and now frost), as well as compensations for the marketing cooperatives affected.

The damages caused by the frost are covered by the current agricultural insurance system and LA UNIÓ has asked Agroseguro to urgently expedite the inspection of the damaged plots and to adjust the compensations to the reality of the situation.