Data from the first quarter of the year from the European Rapid Alert System for Food and Feed (RASFF) reveal that Turkey continues to account for 60% of all rejections of fruits and vegetables due to them containing active ingredients not authorized in the EU or for exceeding the maximum residue limits (MRLs) authorized at EU level, according to LA UNIÓ de Llauradors.

"In the first quarter, Turkey accounted for 180 alerts out of the 298 reported for all countries from which fruits and vegetables are imported. Moreover, the upward escalation of rejections of Turkish imports continued in March. While in February there were 45 interceptions, last month that figure rose to 74. Citrus fruits were the product most frequently affected by the use and abuse of unauthorized pesticides, with 108 interceptions. The most frequently detected substance was methyl chlorpyrifos, or chlorpyrifos; an active substance that is banned in European territory," said the organization in a statement. 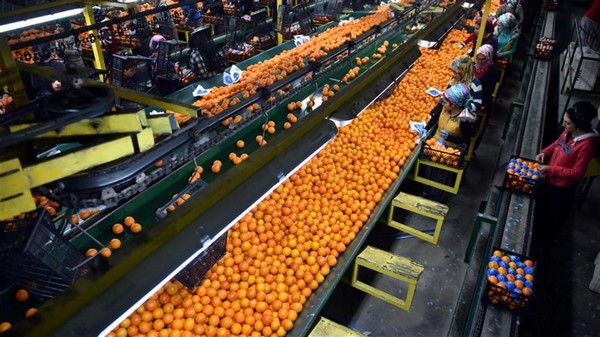 Carles Peris, secretary general of LA UNIÓ de Llauradors, said that "the data are really scandalous and show that Turkish imports should be suspended until a thorough audit is carried out."

Already in early March, LA UNIÓ had asked the European Commission and the Government of Spain to stop the imports of fruit and vegetables from Turkey through letters addressed to DG Sante, responsible for EU policies on health and food safety, and the Directorate General of Agricultural Production Health of the Ministry of Agriculture.

LA UNIÓ is asking for the frequency of physical and identity checks carried out on Turkish fruit and vegetables to increase to 50% and also for an end to be put to the tariff asymmetry, because while Turkey exports to the EU with a tariff of 20%, Spain must pay a 54% tariff to export to Turkey. Another possibility is the automatic suspension of the imports from countries that have not ratified the Council of Europe Convention on preventing and combating violence against women and gender violence, as is the case of Turkey.