The cold snap that swept Spain last weekend caused severe frosts in Aragon and Lleida, which are important producing areas of mid-season and late stone fruit, as well as pears, among other crops. It is feared that these frosts have caused significant damage to fruit trees. The actual extent of the damages will be known in the coming days.

The drop in temperatures affected the entire fruit-growing area in Lleida and significant damages are expected, according to Afrucat. Various sources warn that the stone fruit production will be decimated in virtually all producing areas. The impact on pears is also very severe. 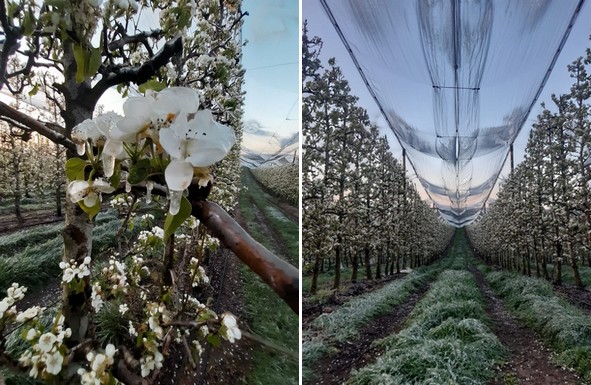 In many areas of Lleida, temperatures have dropped as low as 6 degrees Celsius below zero. The low temperatures were intense and lasted many hours, according to Afrucat. Apricots suffered the most damages, as they were in a more advanced phenological stage, although all crops have been affected, as the fruit setting was already underway for many varieties and the flowers had fallen, a particularly delicate moment.

Damage will not be limited to stone fruit and pears, but will also affect almond and walnut orchards, among other crops.

In Aragon, the head of the Fruit sector of UAGA, Oscar Moret, reports that the drop in temperatures made it necessary to activate the anti-freeze systems on the farms that are equipped with them. However, he said that only 5% of the hectares devoted to fruit trees in the Cinca valley have such systems, which can be of three types: sprinklers, fans and paraffin candles. 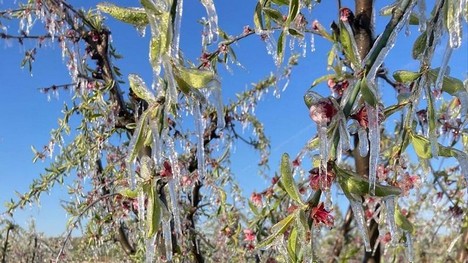 The subzero temperatures have mainly affected apricots, as the flowering was at a more advanced stage. The areas of Tamarite de Litera and Albelda, in La Litera, have been the worst hit, followed in Bajo Cinca by the strip that goes from Torrente de Cinca to Albalate, and in Cinca Medio, the area of Binaced.

"Apricots have suffered more damage, as their ripening was at the most advanced stage. Nectarines are also affected, while other fruits have suffered less damage. In the case of cherries, which are in bloom, the problem is not as severe," he says.