"Twenty percent of virgin paper came from Russia. I think this percentage will be lacking, but the situation should still be quite manageable," said Claudio Dall'Agata, director of Bestack, the consortium that unites cardboard packaging manufacturers.  "Scandinavia is the area of greatest origin of virgin cellulose, followed by the United States. As is well known, for the food industry the law is very rigid on the percentages of virgin raw material". 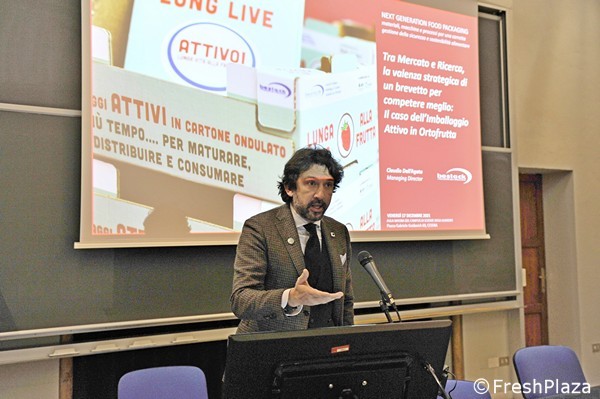 "In a few months, by June, we will see the consequences of the current international situation, although the enormous increase in energy costs has temporarily halted production in several paper mills. We must try to disengage from this approach, as well as from all processes that cannot be regulated. I think we must begin to evaluate packaging not only as a cost factor, but also as an element that increases the value of the offer".

Bestack's motto is well known. If a packaging box provides more sales and consumers recognize its value by paying more for it, everyone can benefit from it.

"On the first of April I launched a joke, which was really just meant to tease consumers with an interactive packaging. I believe that the consumer is more poised than the market is, and I believe that, sooner or later, we will be able to talk with the packaging."

"I don't have a crystal ball, but I hope that, not unfortunately in the short term but only in the long term, we will go back to some sort of normality, overcoming the current situation. In any case, I firmly believe that the way forward is to create a greater value for fruit and vegetables, also through packaging, so as to remain above costs," concluded Dall'Agata.