"We are already the largest date producers in all of Europe, but we want to continue expanding our production"

The Spanish province of Alicante is home to one of the largest palm groves in the world: the Palmeral de Elche, or Horts de palmeres d'Elx, which, in fact, is the northernmost on the planet, says Miguel Ángel Sánchez. This is also where Europe's only local dates are produced. 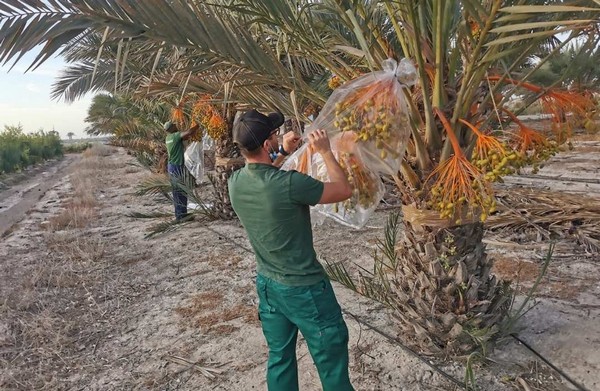 "The origin of the palm grove with the structure that has been preserved up until our days dates back to the time of al-Andalus, although there are data indicating that palm trees were already planted in the region in the time of the Phoenicians, around 500 BC. The palm trees were well adapted to the conditions of Elche. They were resistant to saline waters, and in addition to producing food and serving as building material, they provided shelter for the rest of the crops that were planted in the area."

"Nowadays, a number of different varieties are grown commercially, including the Medjoul, Hayani or Barhi, together with Elche's native variety: the Confitera. In Elche we have more than 100,000 different varieties of palm trees and there is still extensive research and classification work ahead, since we estimate that there must still be many varieties of the highest quality yet to be discovered. In this sense, the palm grove is one of the largest palm germplasm banks in the world." 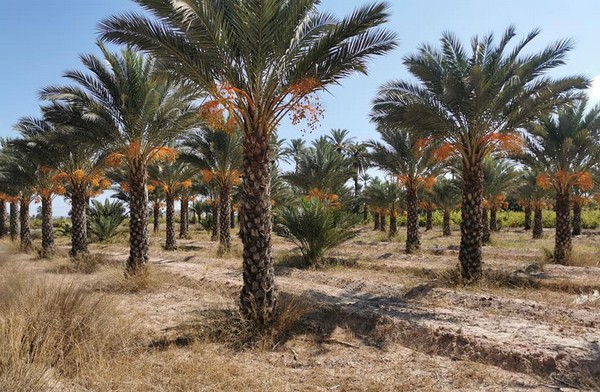 "This season, just like in the previous two, we are having a rather weak production. We have had three consecutive years of poor harvests due to weather issues during the pollination season. Still, this year Elche has produced between 40,000 and 50,000 kilos of quality dates of selected varieties," says Miguel Ángel, founder and president of the Association of Date Producers of Elche and member of the company TodoPalmera. "Potentially we can produce more than 100,000 kilos; however, this year the lack of fruit has meant that the dates have grown to larger calibers." 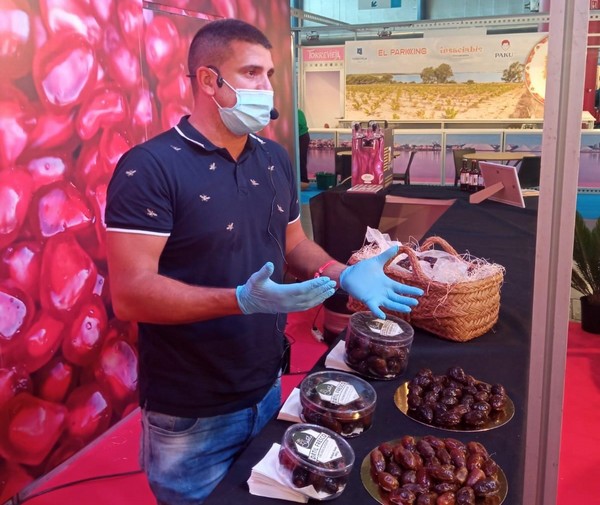 "The dates from Elche are a gourmet product that has the added value of being a local product on the European continent. Most of it is marketed in Spain, where it is highly appreciated, and where many members of the Muslim community demand it for Ramadan," says Miguel Ángel Sánchez. "We have also exported some small volumes to the UK, Greece, France and Germany."

"TodoPalmera is the largest producer of dates in all of Europe. We have some 2,000 palm trees in production, which are being converted to organic cultivation, and our plans are to continue expanding our business; in fact, we have already acquired more farms for cultivation. So far, there have been some shortages in the supply of plants, but a company has undertaken the task of in vitro cloning the palm trees, so next year we will be able to start working with some new plantations." 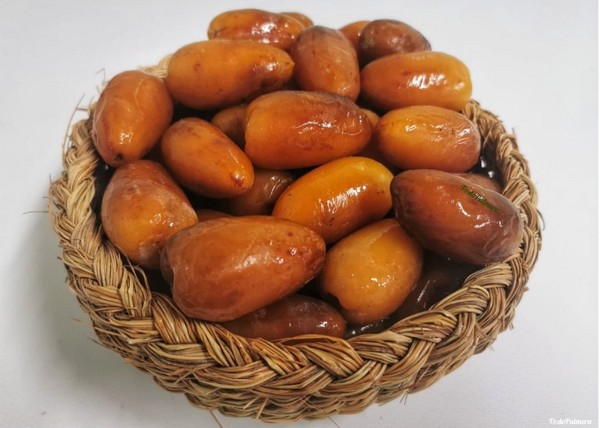 Dates grown in a World Heritage Palm Grove
The cultural landscape of the Palmeral de Elche was recognized by UNESCO, which declared it a World Heritage Site on November 30, 2000. As explained by the organization itself, the Palm Grove "is a unique example of Arab agricultural techniques on the European continent"; a heritage that has been protected and preserved over the centuries, surviving for over a millennium, and whose value continues to be defended today by entities such as TodoPalmera or the Association of Date Producers of Elche, who are working to obtain a quality brand for the dates of Elche. 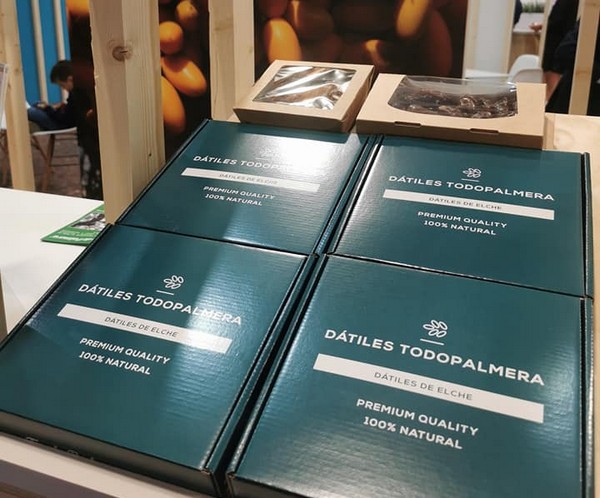 "We sell the dates from our palm trees fresh and also dried through our website and physically at our facilities, and we also distribute them to herbalist shops, greengrocers, high-end restaurants, as well as to end consumers."

"Moreover, we also sell plants and furniture made with palm wood or tools for palm trees. We carry out the pruning and maintenance work, we organize tourist visits to the farms to explain the cultivation process and we offer courses for palm growers."