The first production of the Tomato Forest will reach 700 tons

At a smart agricultural innovation workshop in Beijing, the greenhouse tomatoes cultivated experimentally in the first phase of the project have begun to bear fruit, and the first batch is expected to exceed 700 tons. The output can reach at least 3 times that of tomatoes growing in ordinary greenhouses and it will be higher in the future.

As the largest single smart greenhouse in Beijing, it has a space of 100,000 square meters when fully used. More than 80% of the greenhouse is built with domestic materials and technologies. It is reported that this is also the first pilot project of a high-efficiency agricultural facility built on basic farmland in Beijing, and it will be the promotion stage for high-efficiency agricultural facilities in Beijing this year and next year. The total land area of these facilities will reach 2,500 mu (about 1011.8 hectares). 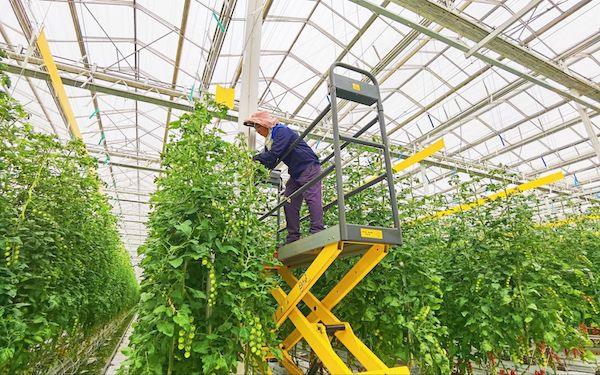 Tomato forest in rows of greenhouse
Workers control the track carts through the rows of tomatoes, and the vehicle can be lifted and lowered automatically. All plants are more than three meters high, and the fruit density is surprising. The huge greenhouse has been completely transformed into a tomato forest.

"This smart greenhouse uses soilless cultivation and the whole process of digital management, which realizes the automation of environmental regulation and water and fertilizer management. With such meticulous care, a high yield of tomatoes can naturally be expected. "The first production of the greenhouse is expected to reach 700 tons."

Xinxu Li, the deputy chief agronomist of Beijing Xijiao Farm and the person in charge of Cuihu Smart Agriculture Innovation Workshop, said, "Our greenhouse is the first domestically built large-scale smart vegetable greenhouse in China, and 80% of the greenhouse is built with domestic technologies. Judging from the current growth trend, the first tomato production can reach at least 3 times that of the tomatoes produced by ordinary agricultural facilities. ” 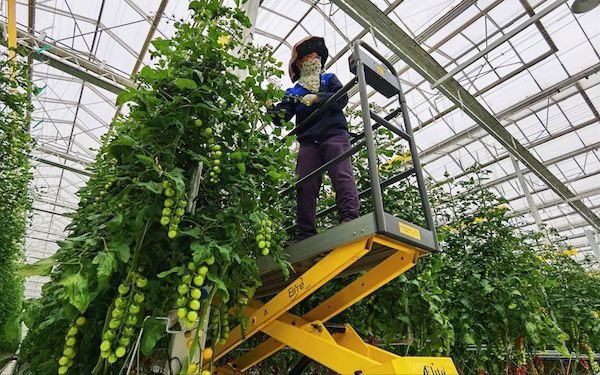 Workers work on three-meter-high tomato racks with the help of equipment. Photographed by reporter Jingrui Cao from Beijing News

Beijing has piloted high-efficiency agricultural facilities on basic farmland for the first time
In fact, a threefold yield is just the beginning, and the number of fruits setting and the total number of fruits produced by efficient agricultural facilities far exceeds that of ordinary facilities. This smart greenhouse, which is still in the experimental planting period, will continue to debug the software and hardware equipment, and all production data will lay a solid foundation for large-scale planting in the future. Xinxu Li remarked that the future yield per unit area of the greenhouse will be 4 to 5 times higher than that of traditional facilities. 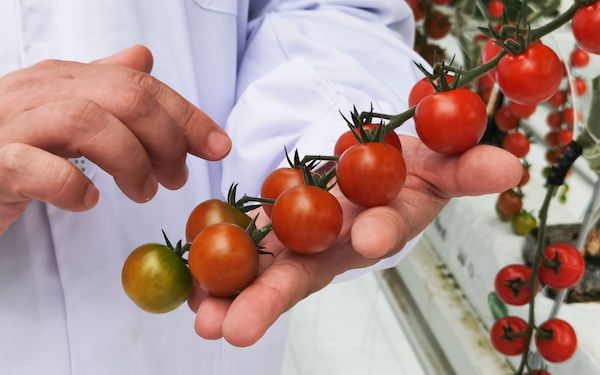 After being fully used, the 100,000-square-meter smart greenhouse will become the largest greenhouse in the entire Beijing-Tianjin-Hebei area for producing vegetables, but this is only part of the smart agricultural innovation workshop.

It is reported that the entire park covers a total area of about 1,000 mu (about 404.7 hectares), which is the first high-efficiency agricultural facility built on basic farmland in Beijing. There will be an R&D innovation base, supporting cooperation areas, and two smart greenhouses with a single area of 100,000 square meters in the future. The two greenhouses will be built into a 200,000-square-meter green demonstration workshop, and the entire innovation workshop will integrate production with scientific research. 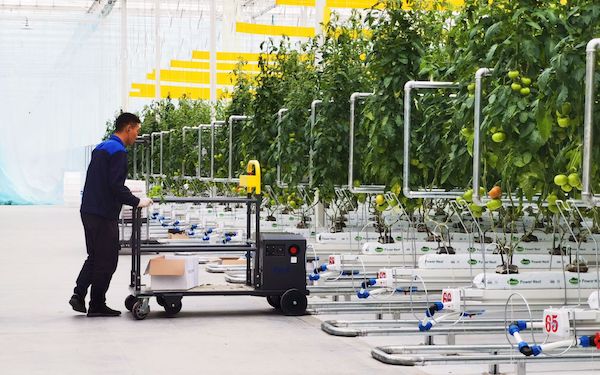 The entire park covers an area of about 1,000 mu. Photographed by reporter Jingrui Cao from Beijing News.