On Ametis, the Smit family farm in the eastern Free State, apples from their 75ha of orchards used to be sorted according to weight, with grading done by human eye until three years ago, when Henri Smit decided to move over to optically sorting fruit.

His choice fell on Reemoon, even though Reemoon had until then not yet installed their systems in any South African apple packhouse.

“Together with Reemoon I visited some of the citrus packhouses where Reemoon is running and they showed me what they would be able to do on apples with their cameras. Also, it’s been their aftersales service: they are still providing us with aftersales service. And then, also, it’s about price. Affordability was probably the main consideration for us,” Henri explains. 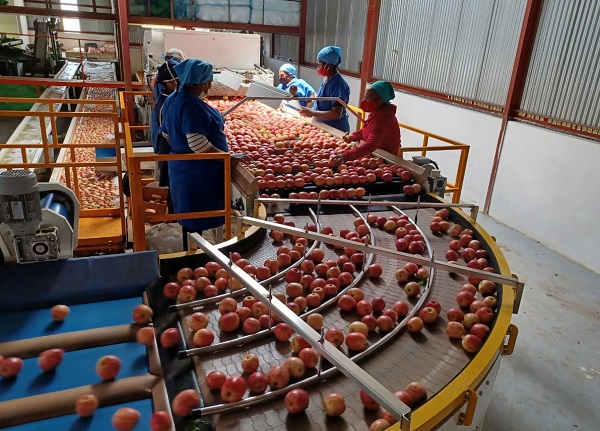 Total consistency made possible
He runs a mixed farming enterprise: alongside apples, there is a dairy with accompanying silage and feed production, and they grow grain, mostly maize (corn).

“Optically sorting our apples has helped to reduce the stress in managing the different divisions on the farm. With the Fruscan system you know the apple line is running as it should, which allows you to focus on other activities.”

It’s been a work in progress over the past three pack seasons, he remarks, while the programme is teaching itself. “It has already helped us to put a consistent product on the market. What it says on the box, is exactly what you promised your client. Human errors and interpretation are now avoided.” 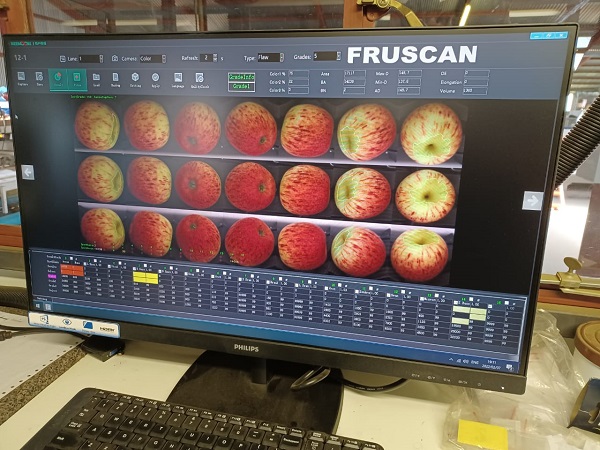 Apples are packed into four classes, two export classes (their main focus is the Far East) and two classes for the local market which is strong when Ametis gets into the early market, by week 3, but their main focus remains exports.

“Specifications include the way the stem itself and the area around the stem is viewed and it can be set according to each specific class, so that the stem is not regarded as a defect and our sorters don’t have to assess the extent of roughening of the skin, which can be a problem during some seasons.”

Gerard Meyer, Reemoon country manager, notes that any malformed apples are easily detected and classed for processing and juicing. “We’ve made a lot of progress over the past two years. The cartons looked really good on the pallets because the sizing was correct and so consistent.”

Infrared cameras detect internal bruising
Henri adds: “The cameras have really helped us a lot this year to pick up fungal spots, because it has been a very wet summer. The Fruscan doesn’t just look at the surface but it has infrared cameras which look for bruising under the skin, even with our blood red Royal Beaut or Suprema Fuji apples. The cameras detect bruising that you can’t notice with the naked eye. That really helps a lot, and it helps the packhouse staff.” 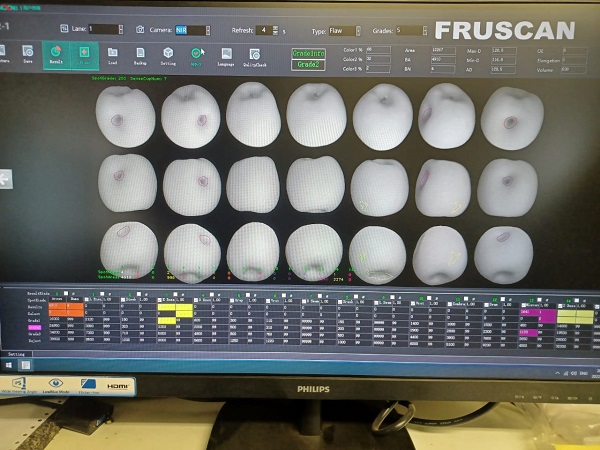 The eight week-long apple harvest has now ended and summer pruning has started in preparation for next year’s crop.

“The big reason we installed the Reemoon Fruscan optic sorting system, is to be able to guarantee our product,” Henri concludes.