Conventional polypropylene labels affixed directly to fruit and vegetables have been banned in France and Flanders since the start of this year unless the labels are in part or in totality composed of ‘biosourced’ materials, with the end goal being labels that are home compostable by the consumer by 2025. 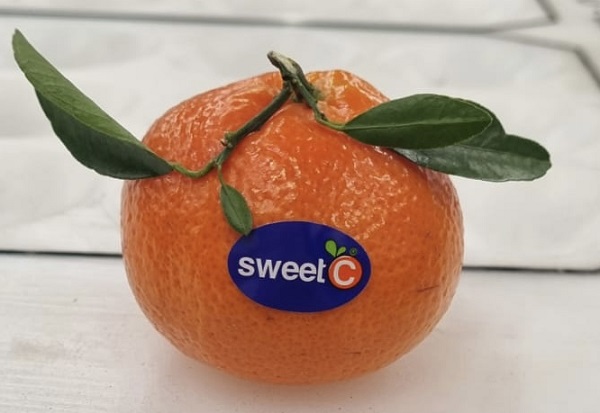 From a pome fruit point of view labelling has been diminishing, used only for branded marketing, but for the citrus industry, direct labelling remains prominent, especially for fruit in open display. A lot of fruit to the Far East needs to be labelled, as well as fruit for Canada which is labelled with Price Look-Up (PLU) labels for use at checkout.

The Citrus Growers’ Association has advised its growers to abandon all non-compostable stickers from mid-2022 but notes: “We are seeing a divergence in how the EU’s Packaging and Packaging Waste Directive is being implemented across member states.”

For the moment it is still only banned by France and Flanders, with Spain expected to follow suit.

Andries Pretorius, managing director of Nelspruit-based compostable fruit label manufacturer Label Pro agrees that there is confusion around how widely this ban on plastic labels is being implemented, as well as on the distinction between industrial compostability and home compostability.

According to the CGA in its newsletter dated 25 February, it appears that more time has been granted to adapt to the more stringent home compostability requirement for labels. 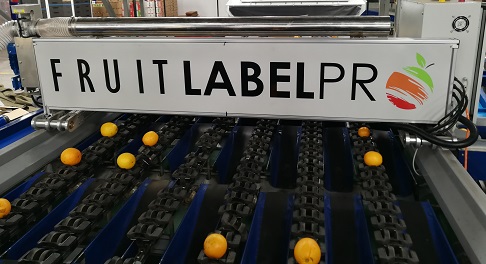 Strong uptake of compostable labels
Andries, and others in the packaging industry contacted by FreshPlaza, are sceptical about some exporters' claims that they have a dispensation to still supply plastic fruit labels into states that have now prohibited it.

Label Pro has been supplying compostable labels for five years to some of the biggest names in the citrus industry. As a commitment to the environment and responsible production Label Pro are FSC COC certified (SGSCH-COC-600019); this means using FSC paper whenever possible for production.

“During this past season, we converted 300 million fruit labels on Bio-Label© material, which is the equivalent of 150km2 of material which has replaced the equivalent in unrecyclable polypropylene material. The citrus season is rolling around and we’re seeing a fairly strong uptake from certain exporters on moving the substrate over to compostable, which is the right thing to do in any case.”

Adhesive holds back home compostability
He explains that a label consists of three parts: its adhesive, a substrate and then the ink (which makes up less than 4% of the label).

“Currently the adhesive of the label is what is holding it back from being a home compostable material,” he says. “The top sheet already satisfies the criteria for home compostability, as per TÜV standards.”

The CGA noted in late February: “We recently learnt that this law was slightly adjusted to allow for a standard food grade adhesive, so the adhesive section of the label does not have to meet composting standards for the French Market, as this is rather difficult to achieve.”

Trials by companies such as Avery Dennison are currently underway to achieve home compostability of the adhesive which he’s sure will be achieved within the next 12 to 18 months. 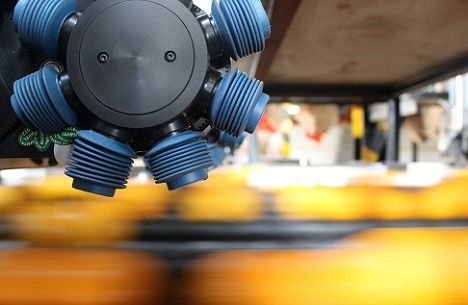 First recycling of tonnes of siliconized liner
Andries adds that there is an often overlooked by-product associated with labelling, and that is the liner on which the labels are presented to the customer.

“This liner has until now not been recyclable in South Africa due to its siliconized coating, but we are proud to have just completed the first season of a new liner recycling project. We managed to retrieve around 10 tonnes of liner from our customers, which are now in the process of being recycled locally.”

It's a first in South Africa, he remarks, and aside from helping packhouses to dispose of the waste associated with packaging, they can claim points for the recycling in their Siza environmental audit. 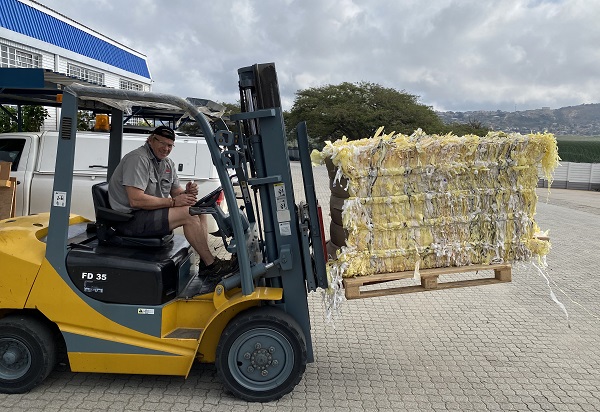 Recycling label liners which were previously discarded by packhouses

He believes that labelling across the industry has been largely ignored until now and he foresees challenging times ahead.

“There’s also a lot of people worrying about the cost – a compostable label costs roughly twice what a polypropylene label cost. At the moment we’re ok in terms of raw materials for the production of the labels, but we foresee later on in the year there will be supply constraints as a result of the unrest in Europe and shipping around the world remains a very complicated affair.”