In Belgium, the greenhouse vegetable season is gradually getting underway. "We began with several products a few weeks," says Benny Cuypers of BelOrta. "However, the prices are already under serious pressure. There's still some supply from southern Europe of eggplants, for example. So, there's enough of these, and their prices are truly dismal."

Cucumber prices, too, are falling slightly this week. "Our cucumber supply grows by the week, resulting in declining prices. We're now at around €0.30 apiece for the 350 to 400g cucumbers." 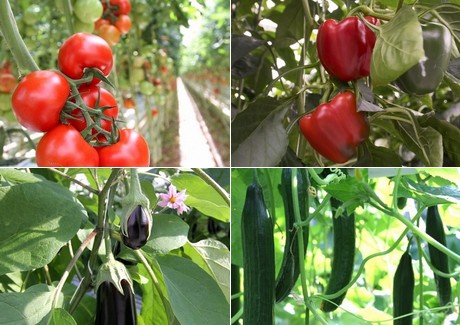 For tomatoes, Benny says it remains to be seen what productions will do in the coming weeks. "We don't have that many tomatoes yet. There's some from the lit crop, but not in the volume we've had in recent years. These prices are still reasonable. But the volumes should begin increasing in two weeks, so we have to see how that will affect prices."

"The high energy prices naturally push up greenhouse cultivation costs considerably. It's still too soon to say if that will affect volumes. The large volumes will come a little later in the season this year. Everyone started planting a little later because of the high energy costs. However, the entire spectrum's quality is tip-top," Benny concludes.