"We had to postpone some time specific orders"

Cold weather has plagued both Greece and Turkey over the past few days. The airport in Istanbul was completely snowed over, leading to some delays, but it seems the worst has passed. In Greece there was a cold wave all over the country, with some areas experiencing heavy snowfall.

Christina Manossis, of Greek kiwi and grape exporter Zeus said: “In Northern Greece there has been a cold wave the past few days, however the cold did not affect the kiwifruit plantations as the trees are currently in dormancy. There would have to be very low temperatures, such -13 or -14 degrees C, to cause actual damage. The main problems caused by the heavy snowstorm can mostly be found in southern Greece. There were some delays in the Piraeus port, but this was only for one or two days.”

Nasos Zafirakis of Greek fruit exporter Zafirakis Fruits, added: “There’s been some snow in Greece, and very low temperatures in the rest of the country. In the area where we operate, we’ve seen temperatures of -6 degrees C. Transport wasn’t affected in this area, but products certainly were. With temperatures as low as these, vegetables will be in trouble for sure. I hear that lemons, oranges and strawberries could have some problems, but it’s still too early to have the full information. Broccoli, cauliflower and cabbage are already very difficult to find in my area, not because of the low temperatures now, but due to bad weather in October.” 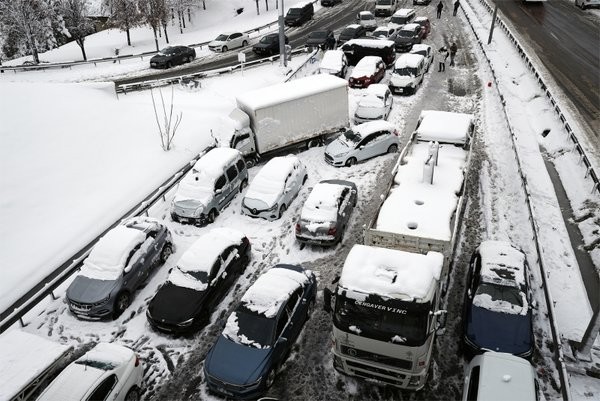 Coskun Eren of Eren Tarim states it’s been pretty bad in certain areas in Turkey for the past two days. “The weather is in the negatives here in Turkey, so it may affect product quality down the road. Right now, there are no apparent damages, but we’ll have to observe for a while, as cold damage shows later on when it comes to citrus. For vegetables, this cold weather slows down harvest, and the same goes for flowers. The harvested volumes will be much lower as products need to be thoroughly checked before loading them.”

Next to produce being affected, so are transport times “For transport there are two issues, the center of Turkey has it rather bad and most trucks can't drive to their destination fast, making it take a long time for them to reach the border. And once they reach the border, the border opens and closes depending on weather, so trucks may have to wait an unpredictable amount of time, which makes time specific deliveries extremely difficult to fulfill. We had to postpone some time specific orders to make sure are not affected by delivery delay. Overall it adds about two to three days to the transport times to the EU on average.” Eren added. 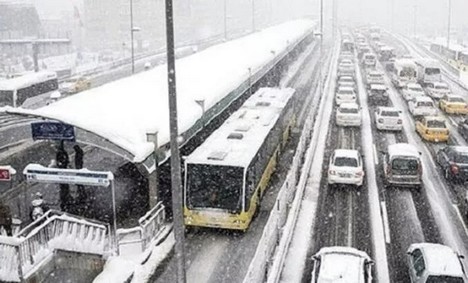 Yigit Gokyigit of Alanar fruit said they were not expecting any issues for their fruits due to this weather: “Most of the Turkey has snowy weather at the moment, however we do not expect a negative effect for our fruits. Although it snowed a lot in Istanbul for the last days, it seems to be over with now. Things should be back to normal rather soon.”