"Metis® is already a recognized premium alternative to traditional plums"

Metis®, the fruit grown with nature and which is a natural cross between a plum and an apricot, is becoming increasingly more popular present in the fruit departments of supermarkets across Europe. More and more consumers are discovering and appreciating Metis as an alternative to a traditional plum.

"The good results in terms of sales and brand awareness have led us to prepare the next 2022 campaign with great enthusiasm and made it possible to increase the volume to be marketed," says Camille Herouard, Metis Brand Manager. 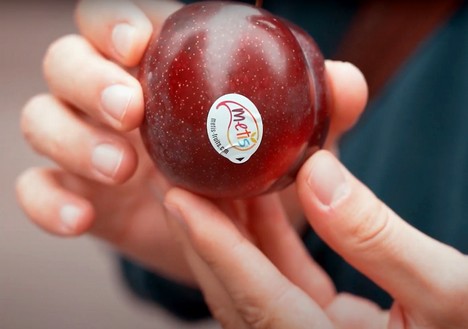 "The explosion of Delicious flavours, unique skin and flesh colours and high quality throughout the summer season are some of the aspects that all Metis sales teams have reported from consumer feedback," she says.

This season, despite the production being affected by frost, especially in Italy and France, nearly 6,000 tons were sold in more than 20 countries, with the 5 main markets being Germany, Italy, the UK, France and China. With an area of 465 hectares planted in 2022, next season there is the potential to reach 9000 tons.

"All markets where Metis has been marketed have responded positively to the brand. We haven't just seen increased consumer recognition, but also a good development of sales and prices. Metis® is already a better alternative to traditional plums and is becoming synonymous as the premium leading plum brand. The various marketing and promotional activities carried out in each market have given the brand a boost and, above all, led to higher sales," says Camille Herouard.

Sales have been very good. "The customer base has been expanded, thanks to new varieties that have been included in the Metis family. This confirms that the presence of an increasingly recognized brand captures the attention of consumers and reinforces the propensity to buy." 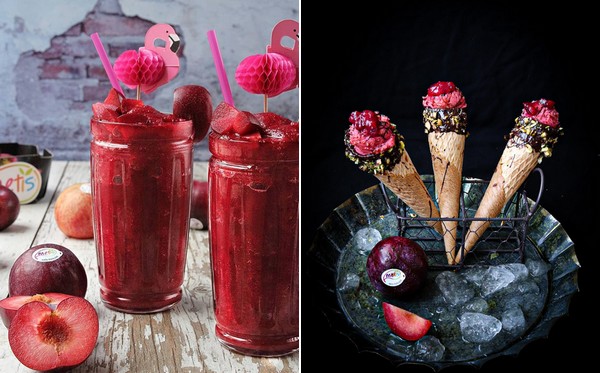 During the summer period, there is a stronger presence of local plums in the market. However, according to its Brand Manager, "Metis® can coexist with these local plums, because we are in the premium plum segment, with specific varieties that stand out for their great taste quality. The presence of Metis in the sector confirms that there is room for a consistent and broad supply that responds to the demands of a consumer who pays increasingly more attention to product quality.

"The Metis project is also constantly evolving when it comes to the selection of the best varieties in order to guarantee the supply of top quality fruit from the end of June to November," she says.

Starting next year, the yellow-skinned and yellow-fleshed Sunny Day, harvested in the central weeks of August, will also be available. "With the arrival of Sunny Day, Metis will satisfy the end customers twice over, offering them both red and yellow fruit," says Camille Herouard.

"The 4 families that make up the range have been present on the shelves at different times of the campaign, thus giving the end customer the chance to have access to all products sequentially with the same quality and with different flavor nuances. This contrasts with the way in which plums are traditionally offered and has been appreciated in the German market," says Camille.

Italy, one of the fastest growing markets
Italy is one of the markets that have recorded growth in terms of sales as a result of the quality obtained and also thanks to the events that have featured it in cities such as Bologna and Milan, with lively road shows where consumers have not only learned about the different Metis products, but have also enjoyed the concept of fun that the brand is associated to. The conclusion of the 2021 campaign is the right time to analyze and communicate the production trends. 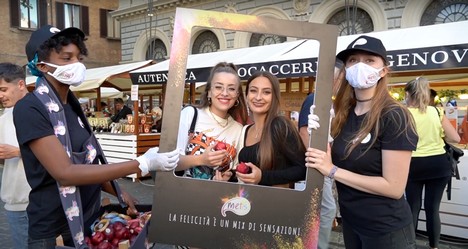 Antonio Zani, Sales Office Italy of Granfrutta Zani, says that "the campaign has been good, with significant quantities similar to those of 2019, which is to thank to the little amount of rain. The harvest, which began in early July in southern Italy, continued in Emilia-Romagna with the goal of covering the entire commercial period and ensuring that Metis is always on the shelves."

France saw its volumes reduced by 50% due to adverse climatic conditions
The 2021 season was characterized by good taste quality and a 50% reduction in the volumes due to adverse weather.

"Customers joined us in the promotion of Metis plums," explains Claire Fayan from Blue Whale . "The new plantings of Oxy Solar OX8B were marketed from late August with a very tasty product at the end of the season. It is a promising variety! The Metis range allows us to differentiate ourselves in terms of taste and we are investing in trial orchards, together with our partners, to further expand our range."

During this campaign, Metis launched a promotional action on the shelves. The fruit was widely backed by promotional materials that provided full branding within the section, visually enhancing the brand's presence. 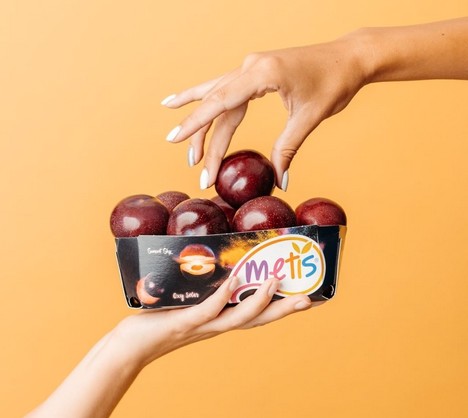 "The coexistence with traditional plums has been good. The product has actually differentiated itself further as an alternative, offering a plus in terms of flavor that is lacking in the traditional segment," says Camille Herouard.

A strong presence in digital media has made it possible to disseminate the product's values to different fruit consumer targets, broadening the age spectrum, focusing on younger consumers, whose demand for punch in terms of flavor is greater. The collaboration with renowned influencers has also made it possible to promote the use of the fruit in different recipes, both sweet and savory, as well as a nutritional supplement for those involved in sports activities.

The Safari Star variety is hugely successful in China
The Asian giant is one of the markets where the presence of the brand and the product has grown the most, with more than 300 tons marketed, and it is currently one of the key markets for Metis. Exotic varieties such as the Safari Star have become hugely successful in this market, selling out shortly after being introduced.

"An exhaustive analysis of the Chinese market, as well as the supply of the most surprising varieties, has allowed us to carve out a niche in the Asian market and to establish ourselves as a high quality gourmet alternative," says Tanguy Debiesse, Royal's Strategy Director. "We will continue to work on new varieties to strengthen our growth in this market, where the Metis concept is doing very well, backed by the uniqueness of an exceptional fruit.