How did cherry trees in North Okanagan weather the recent freeze?

It’s been quite the weather in British Columbia this past year. Extreme heat in the summer of 2021, followed by excessive rainfall and flooding in the fall and very low temperatures at the end of December. Julie McLachlan with cherry grower-shipper Jealous Fruits discusses how the North Okanagan Valley was impacted.

Highway closure
The Coquihalla Highway, the main highway between Hope and Merritt, was severely damaged in the fall due to flooding. This highway plays a significant role in the transportation of produce from the Okanagan Valley to Vancouver. It is now open for essential and nonessential traffic and an update on the status of the other major highways in BC is expected to be provided by the end of this month. “We were not affected by the closure of Coquihalla Highway as our harvest had finished in September and we were done shipping,” said McLachlan. “However, it is the main highway to move goods from Kelowna to Vancouver and farms with apples in the fall were certainly impacted.” 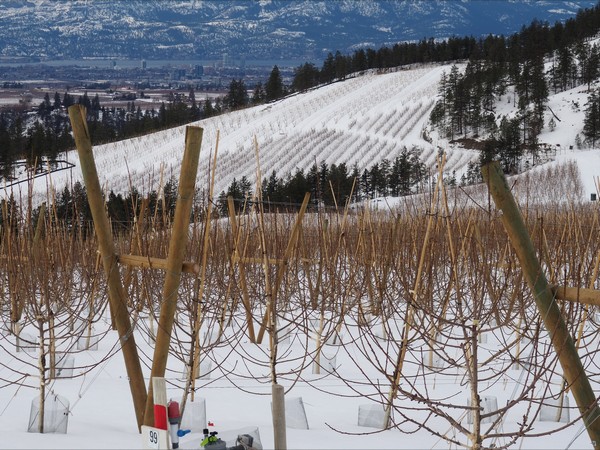 Temperatures of -29°C at coldest farms
More recently, temperatures dropped to extremely low levels with the coldest day, December 27, recording minus 29°C (-20.2°F) at Jealous Fruits’ coldest farms. Gayle Krahn, Jealous’ Director of Horticulture, kept an eye on the weather forecast and prepared an assessment. She took buds from the trees and put them in a freeze chamber that runs as cold as -25°C (-13°F). The results provide a good prediction of the potential impact of the freeze on the cherry crop. “Krahn’s assessment didn’t show any damage at these low temperatures,” said McLachlan. “We are confident that the recent freeze didn’t have a negative impact on the cherry crop,” she continued. Of course, it is still very early in the year but at this stage Jealous Fruits sees potential for a nice crop this summer. The freeze chamber has been a very useful tool for the company. It was put in a couple of years ago and has been providing important information in the months leading up to the cherry season.

“What may have helped with the December freeze is that it gradually got colder,” said McLachlan. “It was not a sudden, harsh temperature difference. In addition, the trees are still dormant at this stage.” Last week, the daytime temperatures were above normal, recording 4°C, with night time temperatures still below freezing. There is a good snowpack that’s covering the ground, which keeps the trees insulated from cold temperatures. 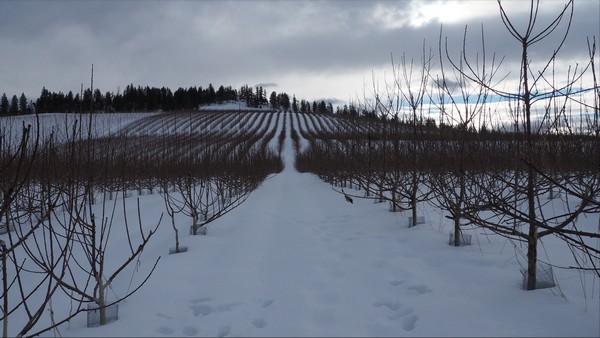