How aggregation can make the difference

The new campaign for the Italian Limoré-branded PGI Rocca Imperiale lemon started in the second ten days of December and, for the second year in a row, the product's is gaining success on the markets. This is a product that has achieved an established identity and a high commercial value not only at a national level, but especially abroad. We talked about it with Francesco Pace, vice president of the cooperative named Produttori di Limoni Associati di Rocca Imperiale, founded in October 2019 from some farmers' vision based on the belief that aggregation was the only tool in their favor. 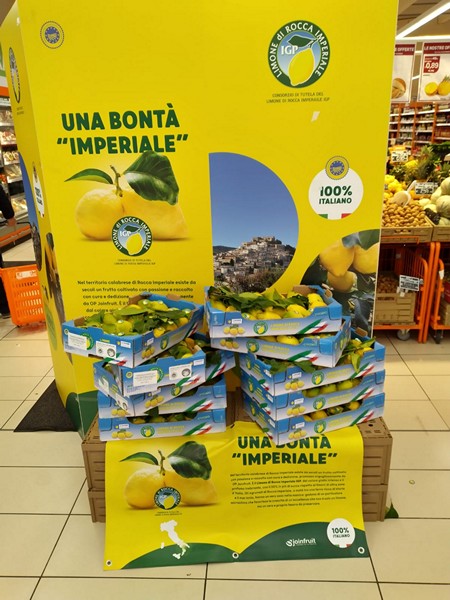 "Until two years ago, the quantities that were sold under the PGI label were less than 0.5%, out of 500 total hectares cultivated in the aforementioned area. In most cases, these lemons were purchased by foreign traders and colonizers, who then sold them under other names on Italian markets. Now, the percentage marketed as PGI is close to 20%, but we are aware that there is still a lot to do."

"A month after the start of our second lemon campaign, we can draw up a first balance sheet that for the moment seems very positive, despite the uncertainty that dominates the markets due to the pandemic. The sales of the PGI Lemon of Rocca Imperiale have now reached daily figures and also the volumes are increasing compared to the same period of 2021. As for prices, however, we have an increase of 25% compared to the previous season." 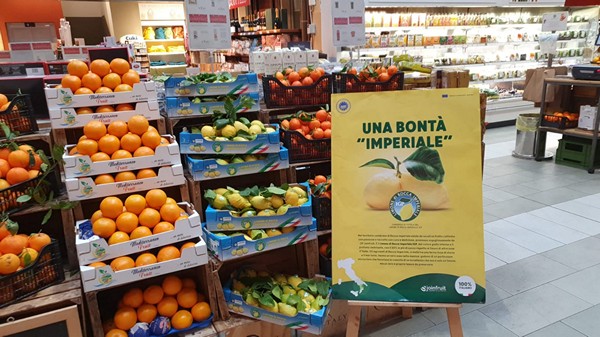 "Thanks to the partnership established with the producers' organization OP Joinfruit, it was possible to carry out a targeted agenda. We have developed different packaging formats, designed for consumers' needs and we have entered new Italian and foreign distribution chains. In particular, Switzerland, Germany and Great Britain are gradually increasing their purchase volumes, a sign that this product stands out among the other lemon products." 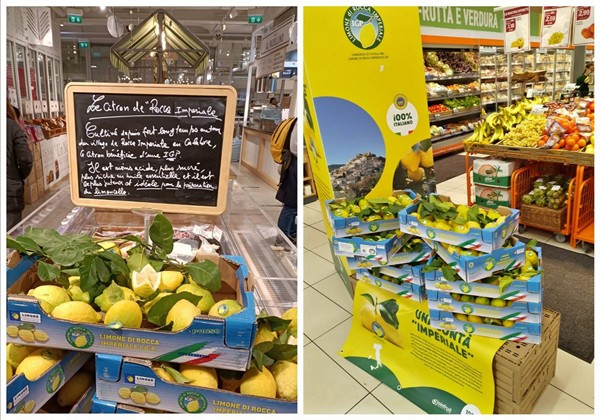 In the photo on the left, boxes of Limoré in a store in France. On the right, a supermarket stand in Italy.

"With the aim of boosting sales, we have launched a massive promotional campaign, thanks to Joinfruit and Unaproa, throughout Eataly's leading chain of medium and large stores specialized in the sale and distribution of Italian foodstuffs. The initiative started last December 27th in the main Italian cities, as well as in some European centers, such as Paris and Munich Di Baviera, under the advertising banner ‘Una bontà Imperiale’. The feedback we are receiving from store managers is that lemons are selling well and the frequency of purchase is very high."