The clementine and mandarin campaign is entering its second phase with the arrival of the later varieties. For the Fruta de Autor brand, the Sando has become the ideal variety to supply premium clementines in the period between the second week of January and the whole month of February. After that, the Tango mandarin makes it possible to continue until the end of the season. 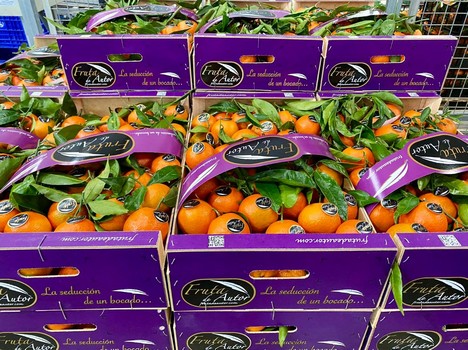 "The Sando is a protected variety resulting from a mutation of the Fina clementine, which arrives in a period in which the sector lacks top clementine varieties, as there are hardly any Clemenules left, the Hernandina is not very tasty, and the Clemenvilla is difficult to peel," says Manuel Baides, manager of the Fruta de Autor group.

"Since we started working with the Sando, we have been very happy, as it has been yielding very good results for us. This variety stands out for its intense flavor that reminds us of traditional clementines. It is sweet, with a striking reddish color, and it's easy to peel. It's not a variety that many people are currently working with, because it does not reach very large sizes, but there are markets for which flavor is a more important characteristic, and that is precisely what we need, because premium fruit isn't just perfect fruit in a pretty box, and consumers will always come back when they eat something they like," he says.

The company's clementines and mandarins are sold all over Europe. "We have been surprised by the great success of the Sando, especially in France, where our customers prefer it over other varieties. It takes more effort to introduce the Tango variety when there is also Afourer from Morocco at very competitive prices, given the historical ties that link France with this country. In fact, marketing premium fruit with leaf allows us to differentiate ourselves from the Moroccan competition." 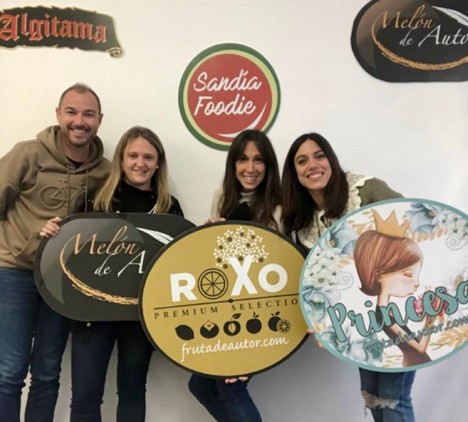 The company, which continues to expand its sales team, has seen its clementine business grow compared to last year, while with oranges the year has been a rather complicated one. "We are having a higher demand for clementines than we are able to supply, and our policy is to take care of our customers by entrusting the exclusivity of our brand to one distributor per country, except in large markets, such as Rungis, where we have two distributors. Despite this, our clementine sales have grown by 30% this year," says Manuel Baides.

"However, orange sales have already fallen by around 20% compared to last season. The marketing of Spanish oranges started late because of the large amount of fruit from overseas that was on the market until the end of October and even in November. This caused prices to sink and they have not recovered until now. In fact, the juice industry has long waiting lists of growers who have not been able to sell their crops," he says.

Fruta de Autor is committed to diversifying its markets to minimize risks and maintain the exclusivity of its brand. "In addition to other overseas destinations where we have been exporting for years, we are carrying out interesting programs in the United Arab Emirates, which have gained strength following the logistical problems caused by the pandemic in Asia. We are waiting for the gap that Egypt and Turkey will leave us in about 20 days, when they will finish with their Navels and have only Valencia available, to introduce our Navels then."