“I find it very logical, both in terms of logistics and ecology,” Alain Alarcón, Banagrumes

France: New multimodal railroad platform at the heart of Rungis

Rail freight seems to be back on track. After the fresh produce Train des Primeurs was reintroduced last October, Semmaris, the company managing the Rungis market, had launched a European call for tenders of 25 million euros [29 million USD] the following month (until the 10th of January) to create and operate a new transport station combining rail and road.

This project is “in line with the freight transport revival at Rungis”, as explained to French newspaper Le Parisien, by Benoît Juster, executive director of Semmaris. The project could see the light of day at the end of 2024, or early 2025. The applications were examined on Tuesday, January 11th. 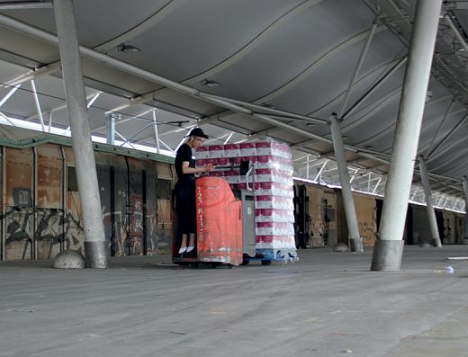 When the Train des Primeurs reopened on October 24th 2021, Stéphane Layani, president of Semmaris, had indicated that with this new platform, “the merchandise would be able to come and go from Avignon (Vaucluse) to Dunkerque (North) or Rotterdam (Netherlands), therefore facilitating exports.”/ © rungisinternational.

News well received by the actors of Rungis
The news was rather well received by the wholesalers present on the MIN market, like Alain Alarcón, president of Banagrumes, who sees it as an appropriate response to the various needs. “For several years, there has been talk of stopping the fresh produce train because it was outdated and there was no buyer. At that time already, the solution seemed obvious in order to address the colossal traffic of trucks leaving from the eastern side of Spain and going up to Perpignan, Lyon, Beaune and then Paris. The same applies to the traffic from the main fruit and vegetable import ports: Antwerp and Rotterdam. It really is just a political will to set up in parallel with these axes a rail transport that is practical for the market operators. That is why the reflection has been extended to the Barcelona/Antwerp axis, and I find this very logical, both in terms of logistics and ecology.”

Banagrumes uses the line Perpignan-Rungis several times a week. “For us, it is interesting to use the produce train because we can group with goods from the Valence region which we do not transport in complete units. We had gradually given up on rail freight a few years ago due to a lack of reliability. And in our profession, we work so much on a just-in-time basis that it is essential to have a freight solution that is reliable. Today, since the train is running again, we use it two to three times a week, and we are satisfied.”