Chilean grapes have begun shipping into the U.S. and are arriving into a strong market.

Chile-based Rio Blanco began production a month ago in Northern Chile with more limited supplies coming from a crop with good volume. However now it’s transitioning into the IV Region of Chile, Vicuña and Ovall. “And volume in general looks good,” says Nicolas Damm of Rio Blanco, adding the company’s overall volume is about 75 percent proprietary varieties and it’s starting with Sweet Celebrations, Sweet Globe, Sweeties as well as Sweet Sapphires and Cotton Candy. 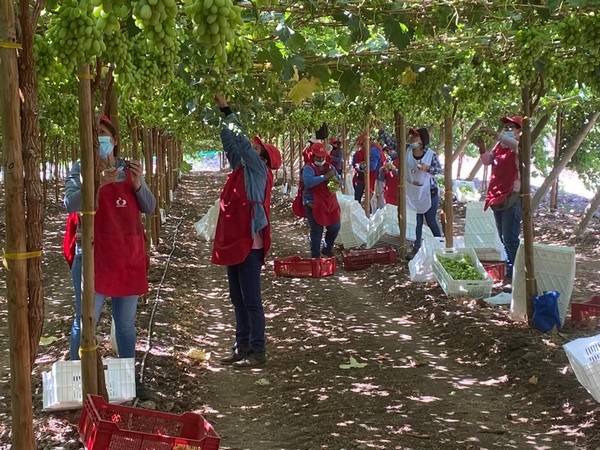 “There haven’t been concerns about weather and it was a good spring.” What always proves to be a concern for Chilean growers is drought though and Damm notes it’s focusing on managing irrigation and using as much technology as it can to be efficient with that irrigation.

Rio Blanco comes into the market at a period when Peru has been harvesting for some time now. “They’re probably 60 percent into their season, maybe a bit more. They’re the biggest of our competitors today in volume, especially for the U.S.,” Damm says, noting European grape volumes largely come from South African growing countries such as Namibia and South Africa. “California should be finished. During the last month there were already signs of less fruit in cold storage, especially on red seedless grapes,” he says.

Peak starts in February
Chile ships generally until the end of April with peak supplies from mid-February to the end of March.

Meanwhile demand for grapes is strong. “Because of the U.S. seeing healthy movement, they’re asking us to load as quickly as possible. And with a good U.S. market, there’s no need to look for another market yet,” Damm says. 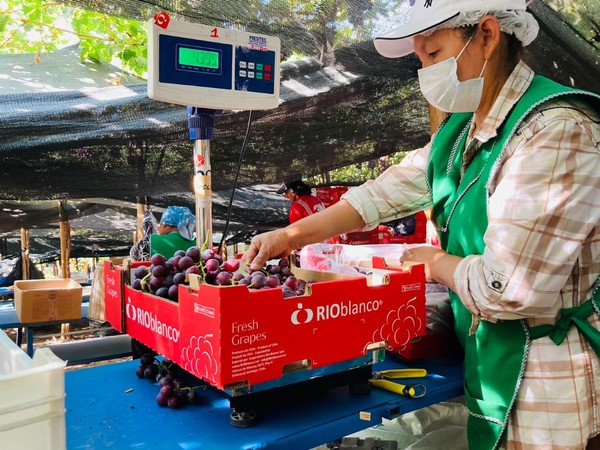 Of course good movement relies on logistics which continues to be a challenge. “It affects us both ways. We import many packaging materials and most of the poly bags from China and also fertilizers and some phytosanitary products,” says Damm. “And on exports, vessels aren’t arriving on time. Sometimes we have blank sailings. They’re taking longer to get to destinations. And then there’s the extra costs on freight and importing packaging materials. It’s going to be a tricky season and a season to get good fruit to get good prices to absorb these extra costs.”

Strong January market
The market on red seedless grapes currently is strong and Damm says it’s stronger than this time last year. White seedless grapes are also seeing a strong market. “When we arrived 10 days ago, it was a very good market for reds and will probably continue like that for all of January. It will slow down but at a higher level than last season just as Chile starts growing in volumes,” he says. 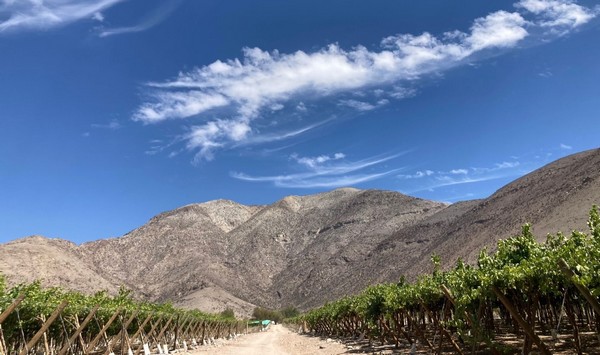 And to keep that market strong, Chilean growers are focused on shipping better fruit this season. “Last season some low-quality fruit was loaded and therefore there were very bad losses here in Chile. I trust growers have learned from last year and are responsible with the quality and conditions they’re exporting,” Damm says. “We’re seeing very good fruit--good condition and quality and we hope to see good results.”