'As early as Arra'

Much of the world is welcoming in the New Year with optimism and open arms. One area in particular is already off to a fast start - grape production in the Southern Hemisphere is ramping up quickly, with a production season in full swing. This time of year, can become a race between the producers to supply the market with fresh grapes to celebrate the holiday season.

As we all know, the world of fresh produce is unpredictable. Ever-changing climate patterns can leave producers with uncertainty regarding the harvesting time, that can either be delayed or ahead of time.

Of course, quality, consistency and shelf life are among the highest priorities in the production of table grapes, and much attention is paid to these criteria. However, often between the finish and start of each hemisphere season: there is high demand with limited supply, generating a need to fill the inevitable gap. For Grapa, there is no bigger satisfaction than following the success of the ARRA and Early Sweet producers when given the opportunity to fill this window. The well- established Early Sweet and the emerging early white ARRA Honey Pop™, offer great examples of the advantage of producing early varieties. 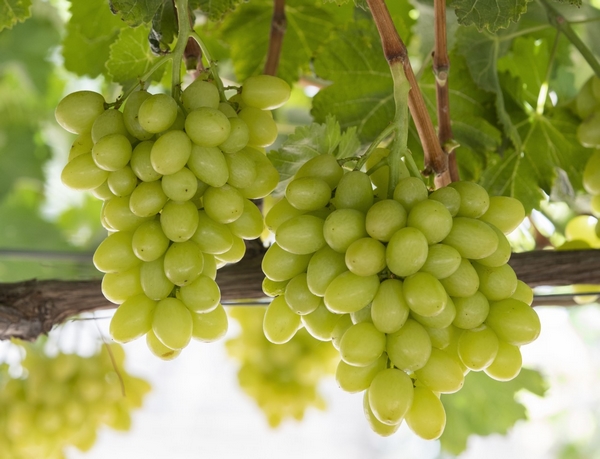 Reaching the market shelves early in the season is not the only advantage to an early variety. These varieties also offer growers an upper hand with shorter growing cycles. For this reason, the economic and environmental sustainability of the early variety category, like those of the ARRA Breeding program, require substantially less quantities of water, pesticide, and fertilizer.

Karl Conrads, ARRA Agent in South America and CEO of Grapasa, highlights “To address climate change and water sustainability challenges, the ARRA program offers producers early varieties, that by extension offer early harvest times. In January, the water availability in Chile is extremely reduced and early harvest allows to save an average of 5,000 m³ per hectare compared to the late varieties that can require double the amount”.

But, of course, these unique varieties offer much more than the earliness of harvest. Shachar Karniel, ARRA Varieties breeder, says: “Over 20 years ago, when I established the ARRA gene pool and envisioned the future, I focused on extreme-weather tolerance characteristics; everything ranging from extreme heat to cold and rain resistance. Through cross-breeding, we created varieties that contain the best of all worlds, and can withstand weather extremes in all directions. Our varieties are so resilient, the same grape can grow in dry areas or be resistant to severe rain. We are excited to now offer a wide selection of primarily white and red varieties that are early and perform well against ever-changing weather conditions.”

Varieties that can withstand such conditions as well as safeguard the environment are increasingly important, and the industry is abuzz with discussion around strategies and practices to reduce and resist weather hazards.

Nomi Karniel-Padan, Grapa Commercial Director, concludes: “The advantage of having early varieties is not necessary only the time they can reach the supermarkets shelves, but also their early ripening time. Varieties that present a short cycle, early maturation, and that can hold out against the weather changes thanks to their vigorousness, allow the producer to cut costs while benefiting the planet."