"It seems Belarus is stockpiling pears for the new year"

This week, the demand for Conference pears picked up slightly. So says Emanuel Sluis of the Dutch trading platform, Service2Fruit. "There's current demand, especially from Eastern Europe. And particularly for unsorted and Class II. I think there's some hoarding being done before Belarus closes its borders in the new year," he says.

"In the long run, the Belarusian boycott is, of course, bad news for Dutch top fruit. But, for now, there's a little extra demand from Eastern Europe. Conference pear prices are stable and at a good level. They're around €0.70 for direct delivery. And they reach €0.75 for slightly delayed delivery. But then you're talking about good Dutch pears. In Belgium, prices are somewhat lower due to slightly less uniform batches." 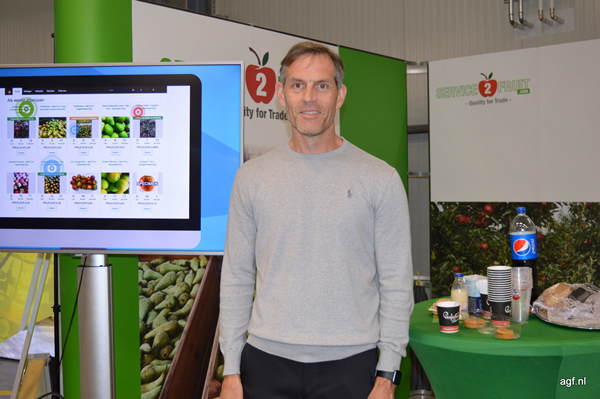 "Lucassen pear sales remain a challenge. We're getting requests from all over. So, hopefully, there'll be more movement in the new year. Gieser Wildeman and Doyenné du Comice sales are going well too. There aren't too many of them, and the prices are just right. There will be far fewer people working in the packing station this week and certainly next week. That's because many employees are celebrating the holidays in their home countries. That sometimes provides a short-lived rebound," says Emanuel.

"In the Netherlands, Elstar apple sales are going well. There aren't huge stocks of these. Prices could, therefore, increase over time. It's only Jonagold sales that are struggling. There are simply too many of them in Europe." He calls on growers not to wait to get rid of batches for quality reasons. "Except for Jonagold, all the prices are very acceptable. You just can't be wrong if you sell now," concludes Emanuel.