“The consumption of French asparagus continues to progress in 2021”

At the presentation of the new Cerescon harvest robot in Planasa earlier this month, Astrid Etènevaux, director of the national PDO Asparagus of France delivered a rather positive report on the consumption of asparagus in 2021, based on data from Kantar World Panel. 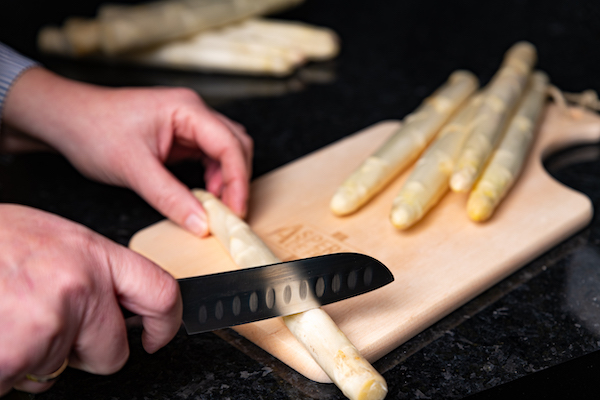 General increase in the quantity of asparagus purchased per household
The consumption of asparagus per household increased by 4% compared to 2020, but looking at the general trend in recent years, the quantity purchased is increasing. “2020 had been an atypical year for the asparagus. After a catastrophic start coinciding with the first national lockdown and the important measures slowing down the production, consumption was actually exceptional throughout the campaign in general. A 13% increase in the quantities purchased by households was reported in 2020, compared to 2019. The consumption of asparagus in 2021 is 5% higher than the average of the past 3 years.” Additionally, while sales of pre-packed asparagus increased sharply in 2020 due to the sanitary crisis, they decreased again in 2021.

35% of these quantities are bought in supermarkets and superstores. In 2021, the average level of purchases was 2.42 kg/year per consumer with an average basket of 780g per purchase. Sales took place 3.1 times on average between January and June. We also observe that buyers visit the stores more often but buy less at each visit.

The asparagus is gaining consumers
The data also indicate that nearly 30% of the households consumed asparagus at least once in 2021. “The more we talk about asparagus, the more people consume them,” explains Astrid Etèvenaux. Comparing with the data since 2005, we observe a 22% increase in the quantities purchased and a 19% growth in customer size.

On the other hand, the consumption has evolved according to the weather, with variations between the months of the campaign. “After a great start in southeastern and southwestern France with nice volumes, cold spells and frost episodes disrupted the production and caused delays, especially in the Loire Valley. Around Easter, the quantities of asparagus purchased by consumers soared. In May however, we noted a clear decrease in consumption.”

Asparagus are still mainly consumed by the older generation
Green asparagus, which represented 27% of the total volume of asparagus purchased in 2021, are gaining popularity among the younger consumers, but white asparagus are still mainly purchased by consumers over 65 (56%). Only 6% of the asparagus buyers are less than 25 years old. “The challenge for the upcoming years will be to gain market shares among the younger generations.” 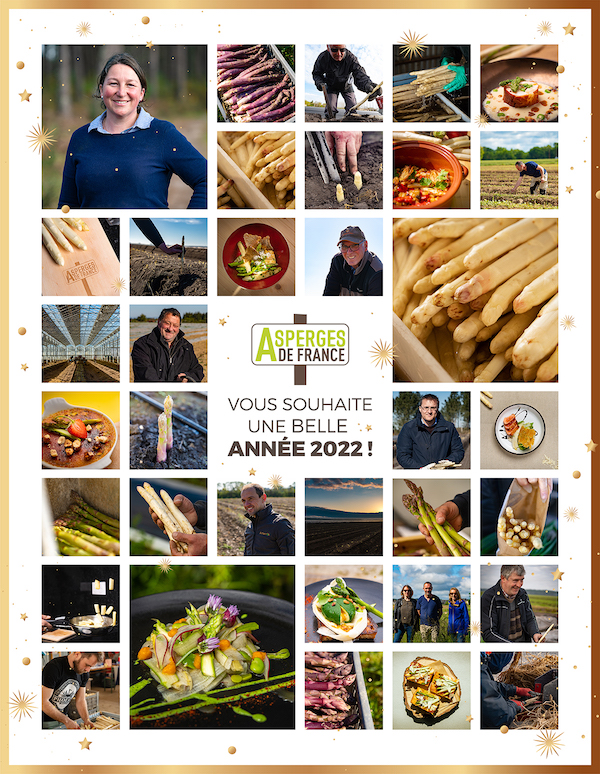