"Food retail trade is enthusiastic about quinoa from Bavaria"

At first glance, one might wonder why an orchard that grows pumpkins, strawberries and cherries is now dedicated to the cultivation of rice and quinoa as well. However, Thomas Knab, managing director of Obsthof Knab, sees it as a worthwhile addition to his other range of products. He and his brother Andreas came up with the idea after the latter was asked to conduct an experiment on a product for his agricultural master's exam - and chose quinoa. "Food retailers are also enthusiastic about regional quinoa. Now we can get good yields and good sales," Knab says. 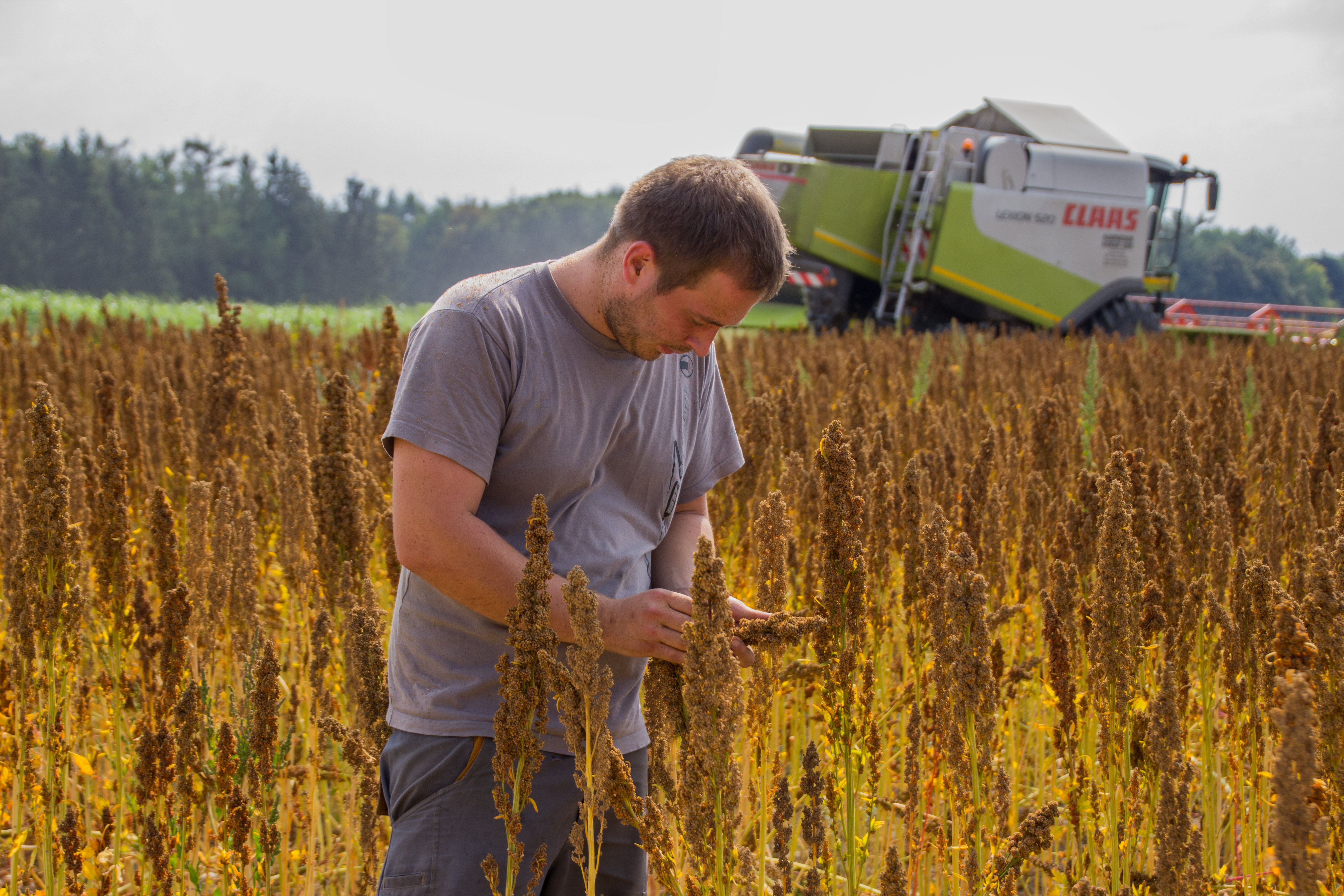 Thomas Knab in the quinoa field

Rice can't compete, quinoa can
"Rice, like quinoa, can be 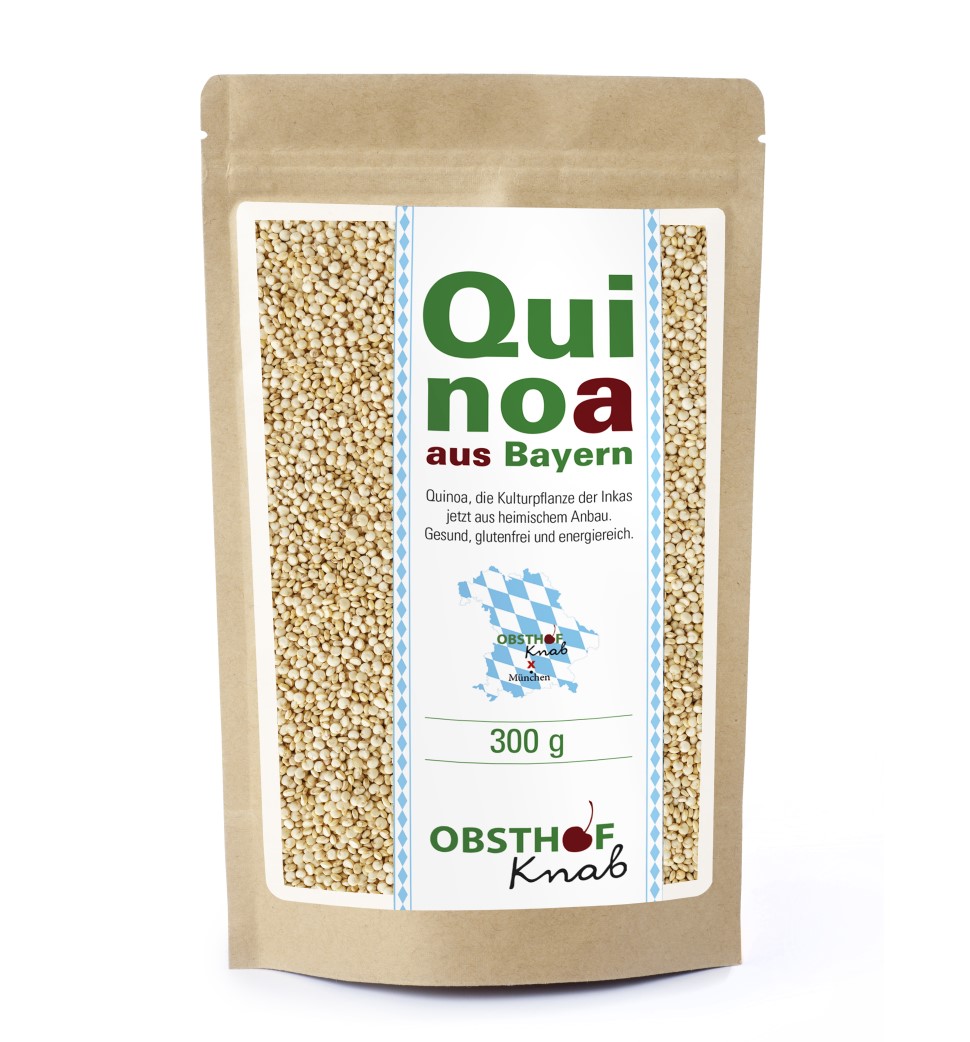 harvested and marketed in late summer and has a shelf life of three years. Quinoa, on the other hand, is available year-round," Knab says. His customers include food retailers and farm stores in Bavaria, though they have also been able to supply farm stores nationwide, and even sold goods to Kazakhstan once. "With rice, it could be difficult to keep up in terms of price, as we are a bit more expensive, since production costs in Germany are of course higher than in other countries. With quinoa, however, we can keep up nicely in terms of quality and price. At the same time, we are in the midfield in terms of MSRP," Knab says. "The soils are getting drier and drier. Of course, we need something that will generates sales. Quinoa will not drive wheat out of the market, but will remain a niche product."

Good pumpkin and strawberry season, poor cherry season
Knab was able to market his pumpkins quite well this year. "Colleagues of ours had to deal with a lot of rain, which is why some of them had crop losses. Things didn't look so good for cherries. At the end of March we already had the first frosts and a damage of about 90%. But thanks to our frost insurance, we were able to at least absorb the financial damage."

Thanks to his cultivation in mini-tunnels, Knab was able to achieve good sales of strawberries from mid-May to mid-July. In this regard, 80% of sales are direct and 20% are through trade marketing with farmer friends. Likewise, the strawberries are sold through vending machines from the company Rösler.