Supplies of a unique melon from Brazil are at their peak.

The Dino Melon is a white-skinned, green spotted melon that’s proprietary to Agricola Famosa USA and imported from Brazil. “We have a weekly shipment of them here until March. We started in the middle of October,” says Fred Tavares, international business manager for Agricola. 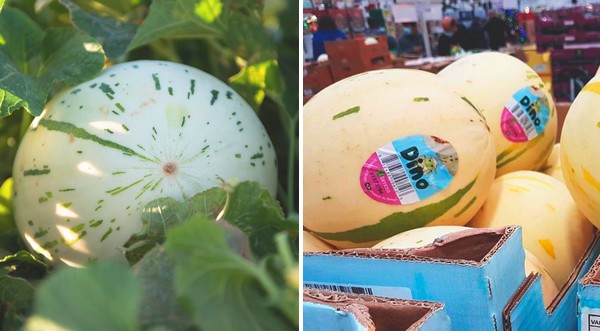 Dino melons will be shipping from Brazil until March.

He notes that volumes of the melon have increased compared to last year’s crop. “November through to January is when the most volume of Dino Melons are coming into the U.S. September starts with a bit and then volume builds in October and then comes down again after January,” says Tavares.

Family appeal
Demand is also increasing for the melon amongst U.S. consumers. “The Brix for the melons is very high and it looks like a Dino egg so families really like it. They like it for the flavor and the appearance,” says Tavares, adding that while there’s some familiarity amongst consumers, every year awareness grows. 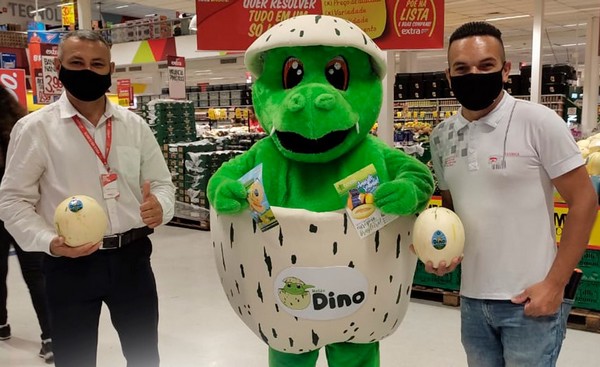 Families are drawn to the Dino melon for the Brix levels as well as the appearance of the fruit.

However challenging movement of the melon this year are logistics. “Freight has increased a lot from Brazil to the U.S. It’s a big challenge. But we’re able to ship containers,” says Tavares.

As for pricing, it’s similar to last year at this time--however duties are lifted come December so pricing should be more competitive between now and February.