There is optimism around the new season of South African grapes. The first crop estimates for 2021-22 were just released with expected volumes between 70.6 and 77.7 million 4.2kg cartons. This is the third consecutive season we will see growth in the grape industry even with a table grape hectare decrease of 1,234 hectares since 2019. 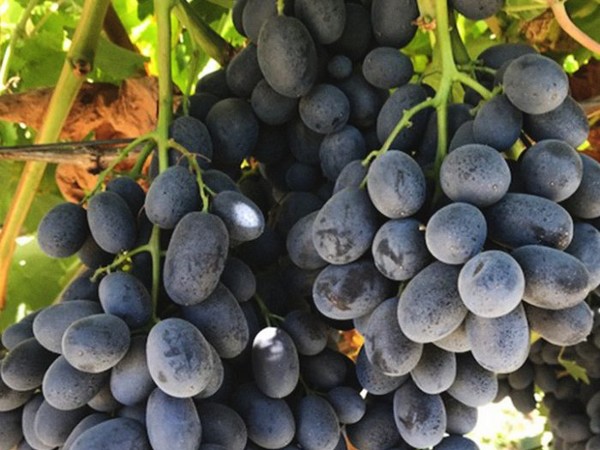 Expected volumes for South African grapes are between 70.6 and 77.7 million 4.2kg cartons.

There was an excellent winter with much needed rain across the region including the rural areas of the Northern Cape that previously were drought stricken for nine years.

The Orange river still had rain up to two weeks ago, which will be good for size on earlier varieties like Early Sweet, Starlite and Prime seedless. The long-term prediction is that rain in this area could be much later than normal which is pushing the crop back between seven to 10 days. That means the Orange River will start with large volumes late November/early December.

Growers are cautiously optimistic about the coming season and paying close attention to the shipping woes and container shortages. This is a very busy time for the ports and logistics as a whole as South African plums, apricots, peaches, blueberries and cherries will all peak during December in the Western Cape, and they are all highly perishable. 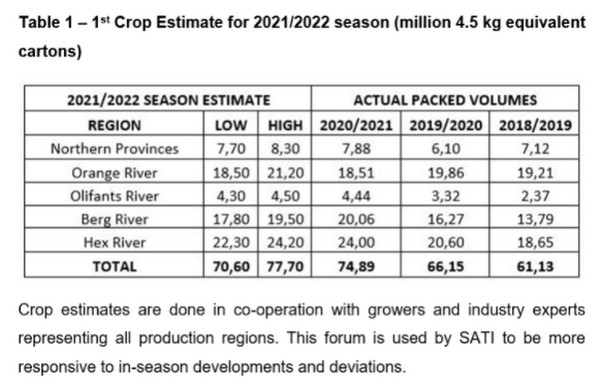