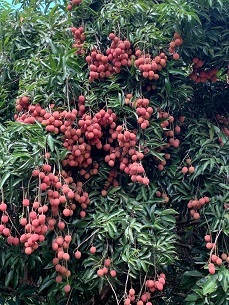 Successive days of rain and overcast conditions in Malelane, Mpumalanga, have been holding back the start of the harvest of the Mauritius litchi variety.

“It’s been very difficult with cooler than normal conditions and a lot of rain and more forecast. Rain could well pose a challenge to the harvest window,” says Stuart Butcher, marketing director at Tomahawk Farming.

Wet litchis can’t be treated with sulphur, so harvesting the fruit when wet is avoided as far as possible.

“The Mauritius variety, which makes up about 90% of the export volumes, is literally about to start. In some places it has started but in general the harvest will start within the next couple of days,” he says.

Tomahawk started with small volumes of Third Month Red at the beginning of October, followed by the Early Delight which is coming to an end now.

“We’ve been flying out litchis daily for the last couple of weeks, not huge volumes, mainly going into Europe and the UK. A big percentage of the early litchis, maybe 40%, are for the local market and 60% for export.”

“The crop this year is down by at least 25%, but I’d say it’s more like 30%, definitely in the Malelane region,” he says. “It’s coming off a record crop: last year was an unusually big crop. We’re back to an average crop this year.” 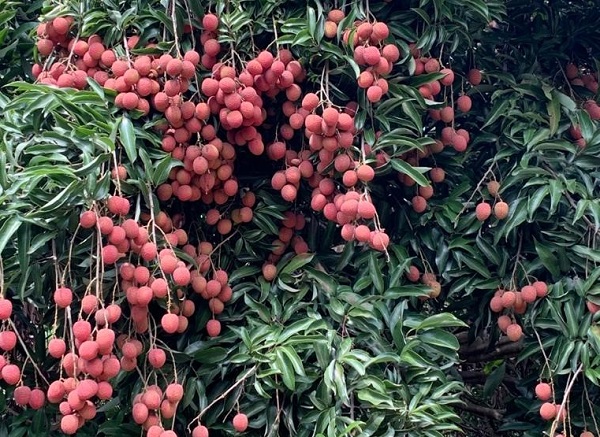 Late Mauritius harvest delays start of US exports
The first flight of the season taking their litchis to the United States of America had to be cancelled due to the delay in harvest, but is expected to fly out with the first Mauritius litchis this weekend.

Later volumes will be by sea (last year South Africa sent a successful trial shipment of four containers) and if the United States agrees to cold treatment during the sea voyage, it would will change the industry significantly, Stuart remarks.

“With steri shipments we would be shorten the time it takes for product to reach clients, as irradiation currently adds about another seven days after the thirty days sailing to the US.”

Malagasy seafreight litchis will be early
Tomahawk will start sea freighting litchis from Cape Town to Europe and the UK probably from next week. He notes that Madagascar will be early this year.

“We try and get the first seafreight shipments into the market before Christmas. Our fruit should arrive in Europe by about the twentieth December if there are no delays. We hear Madagascar’s first vessel will arrive between the second and the fourth of December in Europe, thus significantly before our seafreight arrival.”

“Air freight space is in short supply and one has to book well in advance to secure space,” Stuart says, observing that air and sea freight rates are significantly more expensive than two years ago.

Airfreight orders have been good thus far but it’s because volumes have been so limited. “With the earlier arrival of the Madagascan vessel, we expect orders to drop significantly as a much cheaper option of Madagascan seafreight will be available in the market."

At that point, he adds, Tomahawk will switch over to focus on seafreight packing and shipping.