“At what price should we continue to import exotic products?”

The season of lychees from the Reunion is about to begin. Capexo will soon receive its first air shipments. “The season looks promising. This year, we will market more than 450 tons of lychees. Capexo represents 60% of the air freight of Reunion Island, including 100% of this share in passenger freight. Therefore, we should be able to supply our clients with this origin. Unfortunately, this may not be the case for other origins in the coming weeks which are transported by boat,” explains François Bellivier, development manager at Capexo. 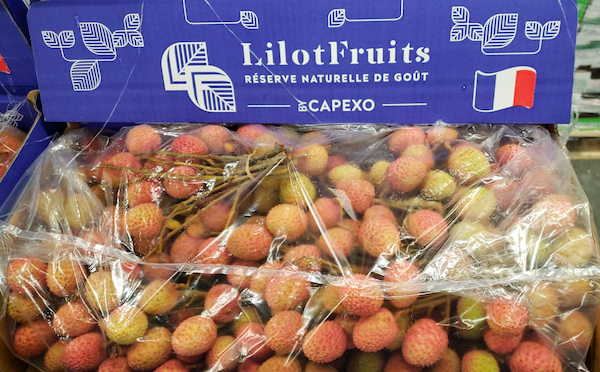 Today’s arrival of lychees from the Reunion

The effects of the sanitary crisis under control so far
The Covid crisis and lockdowns have had heavy consequences but so far, the fruit and vegetable sector has been less affected than others. “Last year, our sector was not too affected by any shortage of freight, either by air or by sea. Rates remained relatively stable and allowed us to offer exotic products to our clients at affordable prices for December 2020.”

Global air traffic cut in half
Today however, the availability of exotic products for the Christmas period seems compromised by heavily impacted air freight. “This year’s challenge will be freight and regularity of supply. We will not be sure that our products will arrive on time and it will be very difficult to find planes for transportation. Indeed, this year, the global air traffic has been cut in half because the flights between the various countries on lockdown were banned for several months, forcing the airlines to suspend most of the flights around the world. For example, the frequency of the Air France flights from Peru has been divided by 3.” 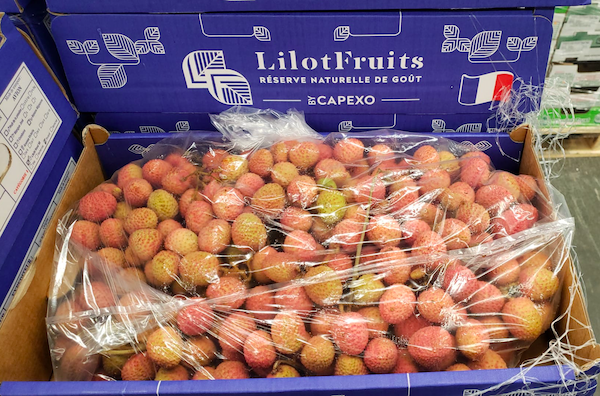 Global maritime freight extremely solicited by the revived consumption
Since the beginning of 2021, global maritime traffic has also been considerably disrupted. Maritime freight prices have increased on average by more than 40%. The world’s major manufacturers have solicited 50% more containers in order to reactivate their factories and face the strong revival of activity due to the revival of consumption. The sudden general increase in the need for freight has led to a significant increase in the price of containers, depending on the origins. These same manufacturers, whose factories are at a standstill due to a lack of parts, are suddenly turning to air freight, which makes the space reserved for perishable goods increasingly scarce.

Significant increase in freight costs for the Vietnamese origin
During the last 3 months of lockdown in Vietnam, a lot of merchandise remained blocked in the ports and companies chose to resort to air transportation. Clothes, shoes, car parts, electronic equipment...highly sought-after products which were given priority, to the detriment of fresh produce, which led to a significant increase in air freight rates: +15% from March to September 2021 between Vietnam and France.

“For example, air freight prices from Vietnam, one of the world’s largest suppliers of electronic components - have nearly quadrupled since last year. We used to pay 2.40 USD per kg in 2020, and this year, we are paying 8.10 USD per kg, and these prices will probably continue to increase. According to logistics experts, we still have two years of disruption ahead of us before rotations are back in place.” 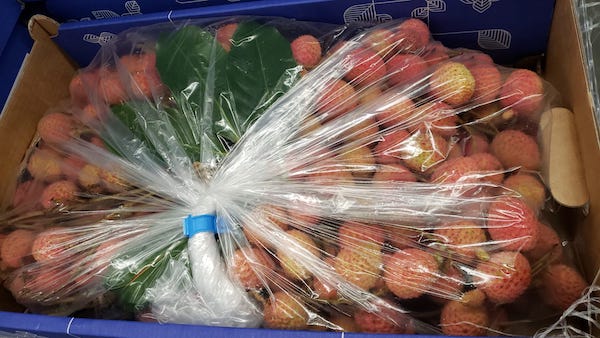 Fresh produce supply from China significantly slower
As far as China is concerned, the maritime freight from the country has been multiplied by 4 in 1 year. “It is important to note that the ship rotations are considerably disrupted, and the duration of the transit very often lasts several days longer without any notification when the shipments are loaded in the departure port. With such disruptions, the import of some of our products is inevitably impacted. We have had to significantly slow down Chinese ginger imports. Additionally, while we were paying 3,000 USD per container of Chinese pomelos, prices have now reached 11,000 to 12,000 USD. An extraordinary increase that brings the following question: should we continue to import and up to what price will the consumer follow?”