The bad weather that hit most of Sicily has not spared the countryside and the crops. 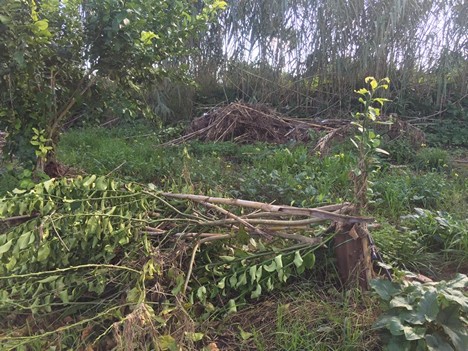 Orange tree torn down by the fury of the S. Leonardo river, Lentini

Most of the damage has been reported in the Licata (AG) area where, just like in Lentini (SR) and Gela (CL), the situation seems rather dire. 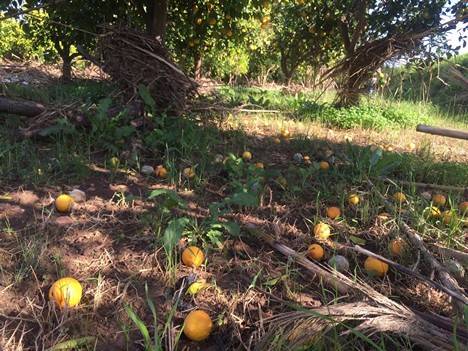 After all, there has been a mix of torrential rain, various hurricanes (also at the same time) and hailstorms. Greenhouses in Ragusa have also been hit, as stones have pierced the plastic covers. 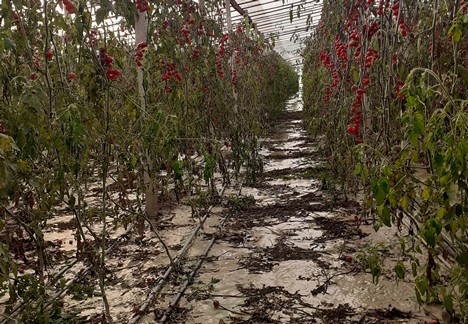 The damage caused by the fury of water is even worse, as greenhouses were flooded compromising the integrity of the plants also damaged by hail. 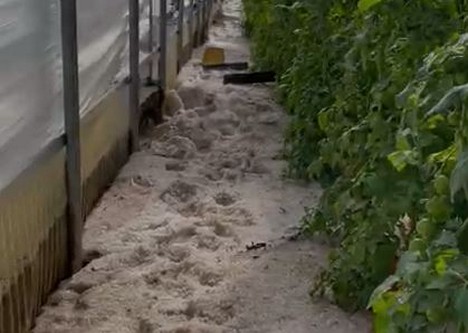 Of course open fields were the worst hit.

"It is useless talking about the rain, which is normal for the period, but we have to deal with the damage caused by the negligence of those who should be cleaning the rivers and canals. Waterways are not dredged, they are full of canes and debris and of course, as soon as it rains, they burst their banks causing incalculable damage to the structures and productions. But who pays for all this? Producers are tired of having to bear the costs of the damage caused without it being their fault." Russo refers to the San Leonardo river in Lentini and the Mammaiabica river in Syracuse in particular. 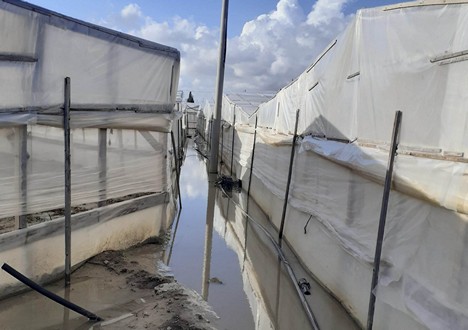 Hailstones literally decimated artichoke plants in the Gela plain, destroying dozens of hectares that were ready for harvesting, causing incalculable damages for the companies including Golden Fruit owned by Giuseppe Scudera. 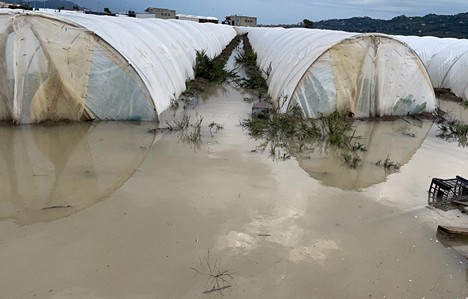 The situation is just as bad in Licata, where two hurricanes hit the Licata port area at the same time. In the countryside, the Salso river broke its banks and flooded artichoke crops, greenhouses and polytunnels. 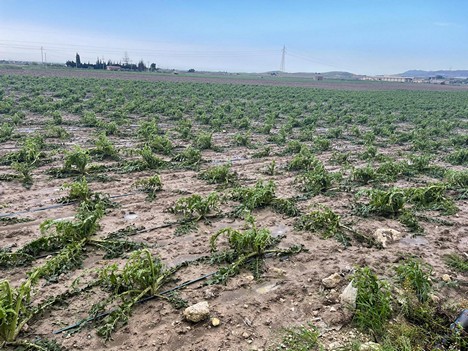 The damage will be assessed as soon as the water will recede, so the true entity of the losses will show itself only within a few weeks' time. However, if we consider the trees torn down by the wind, the plants damaged by the hail and the root asphyxia in flooded crops, it is easy to see how this disaster will bring many businesses to their knees. 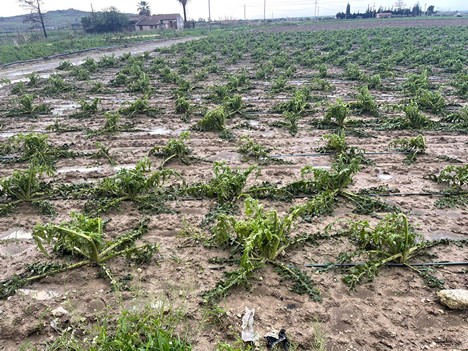 Not only does Sicily have to deal with its marginal position, precarious infrastructures, high cost of bank credit (compared to other parts of the Country), lack of irrigation water provided by consortia and drought, now it has to start dealing with frequent hurricanes as well! What is certain is that climate change means we have to change the way in which we are living on this planet.